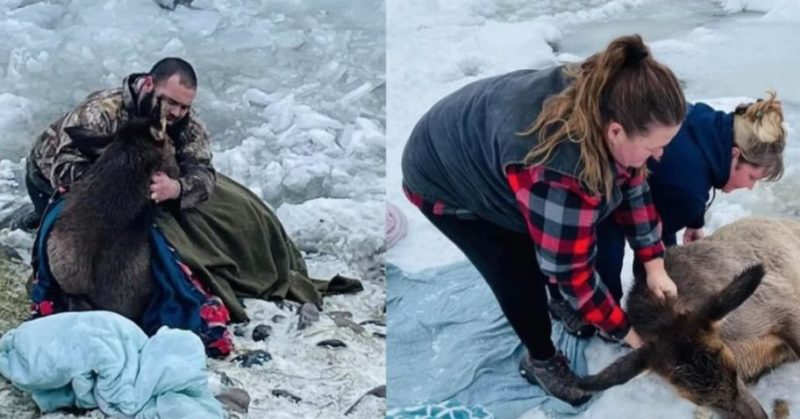 Many people prefer to spend holidays in comfortable conditions for themselves – as a rule, this is a house where it is warm and cozy.

However, some are forced to change their plans. So, a small group of friends who live in Bastow decided to give up a pleasant pastime in favor of animals – they set off to save the elks, who were hostages to the treacherous ice on the river. 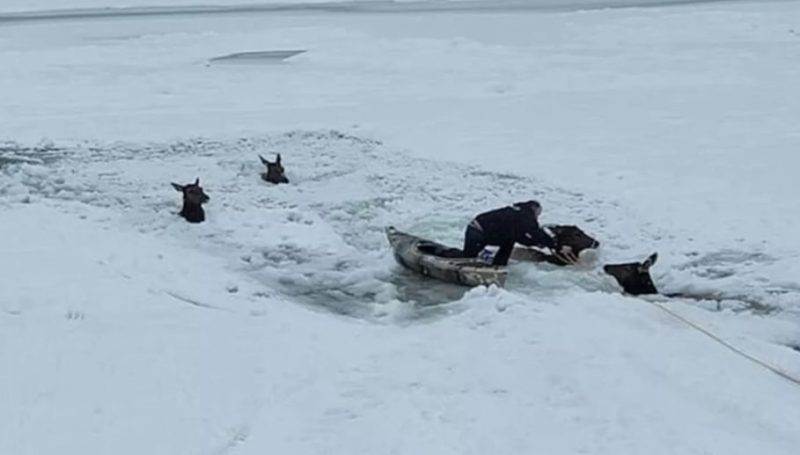 On Christmas morning, a herd of animals moved to cross the river.

Most of the herd successfully did what they had planned. But some elks were trapped – the ice under the heavy animals cracked, and partly they ended up in the water.

The elks were discovered by Reilly, who was driving near the river in a car. The girl immediately sounded the alarm and asked the fishing service for help. 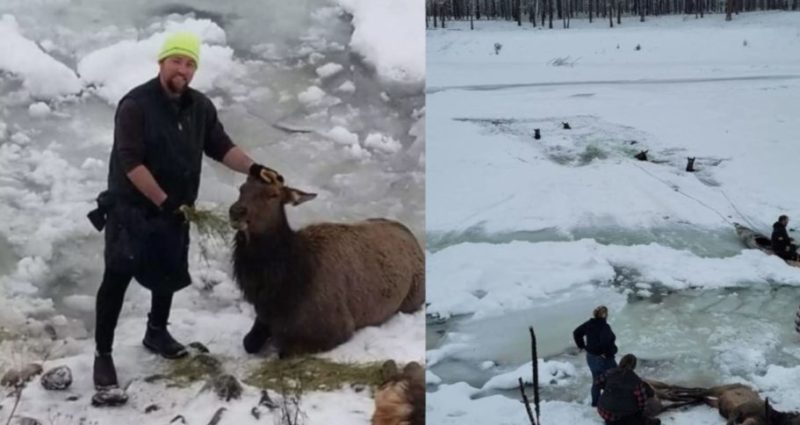 But the employees of this company did not want to help, and said that they did not intend to interfere with natural processes. But the woman did not give up trying to save the animals and gathered her loved ones. Together they organized an operation to save the animals. 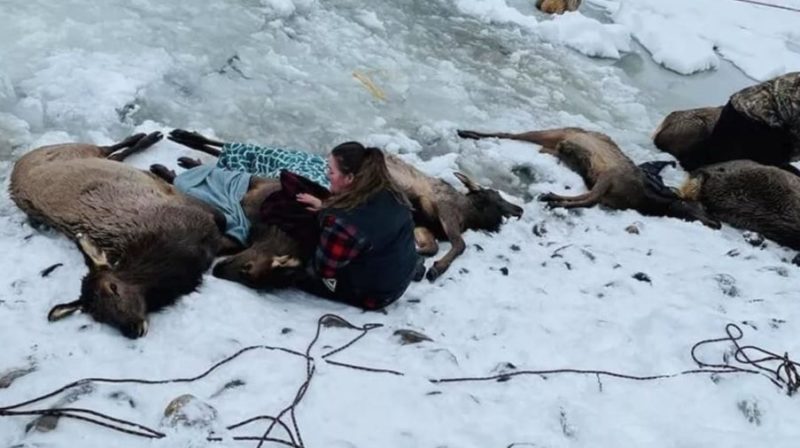 Together, the guys pulled all the animals out from under the ice. For this, physical forces and devices were used. All animals were warmed and fed.