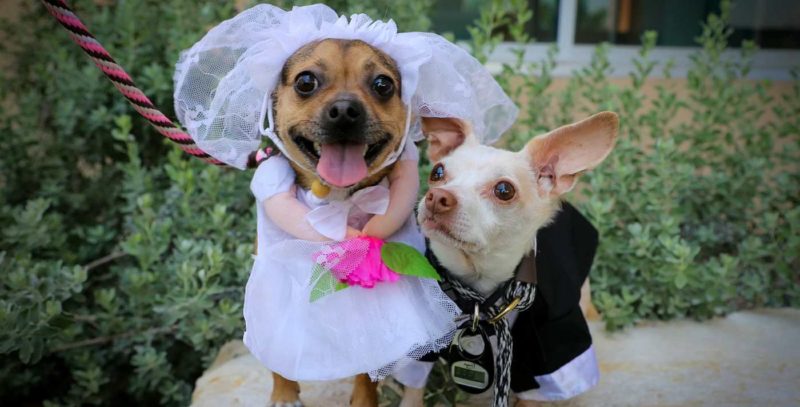 The cutest and most adorable wedding took place in Bexar County, Texas, where Chihuahua Peanut and his friend Cashew from SAHS San Antonio were married. 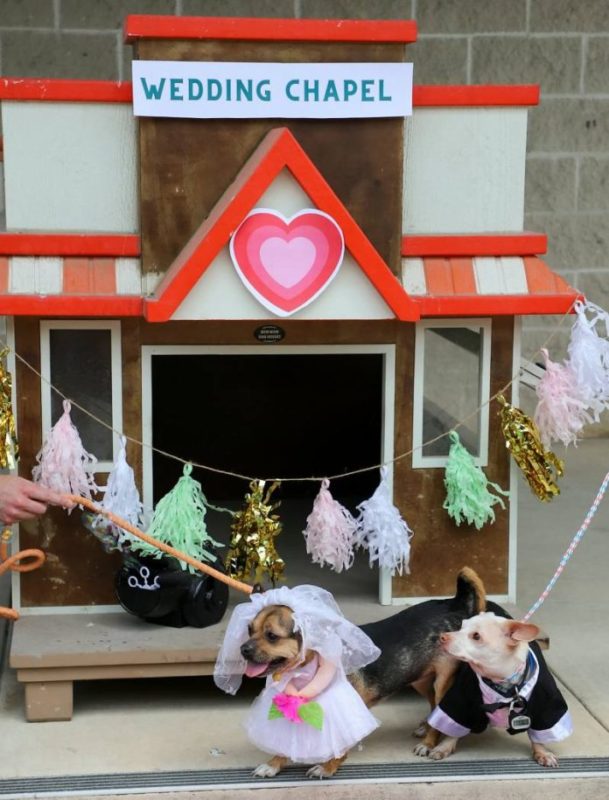 Both dogs ended up in the shelter in April 2022 due to the fact that the owners could no longer take care of them.

The tailed creatures first met in the asylum’s medical wing after they had their dental surgeries and quickly bonded.

After noticing how Peanut and Cashew’s relationship was developing, SAHS employees decided to marry them in order to attract the attention of potential owners.

Special for the wedding, beautiful outfits were bought for the couple and a small chapel was built, to which the red carpet led. 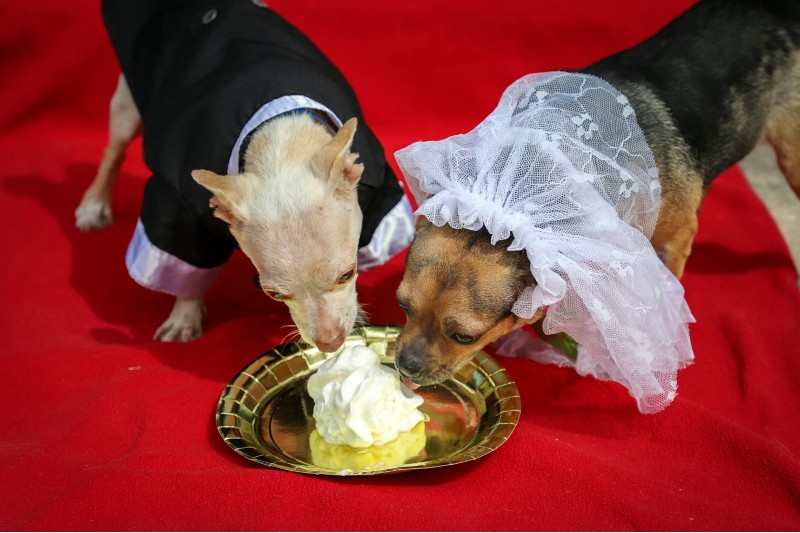 Currently, four-legged spouses are available for adoption separately, but the shelter staff hopes that future owners will not separate the couple and take both dogs.

Faithful dog jumps into an ambulance to follow her sick owner to the hospital, insisting that they take her, too
Animals
0 396