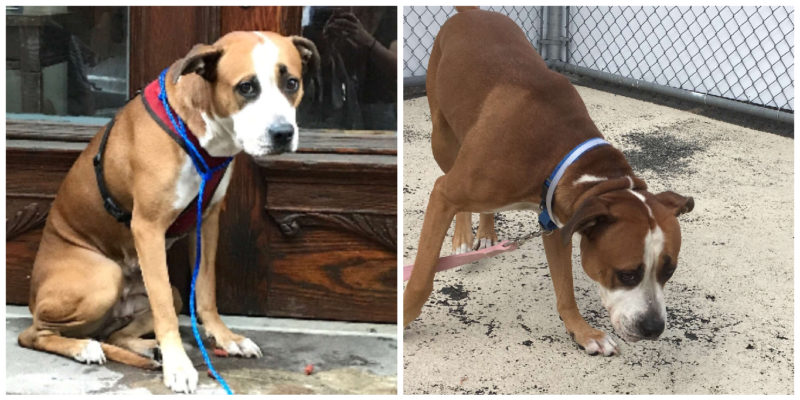 One morning, Saint was found on the streets of Brooklyn after spending the night all alone in search of a safe place.

In the end, she settled down on the porch of one of the houses. 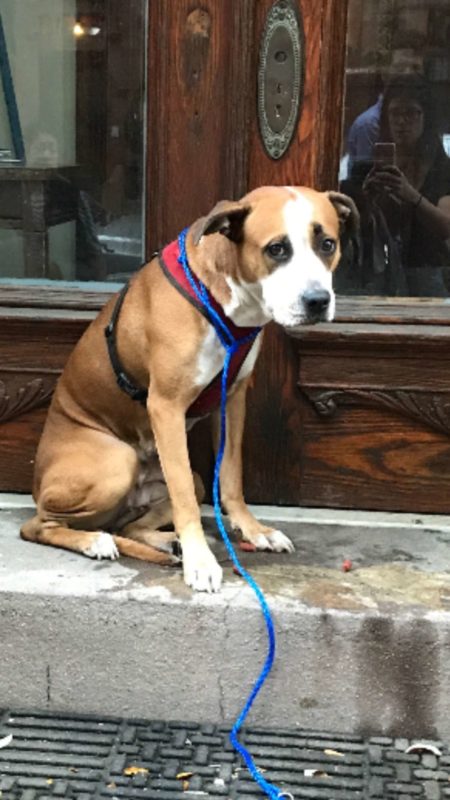 After some time, people began to appear on the street, who finally noticed the dog curled up in a ball.

Despite the fact that many wanted to help her, Saint did not let anyone near her.

The poor animal was extremely frightened, but soon the right person appeared.

Gina Gregorio received a message from her neighbor around 8 am, telling her the story. 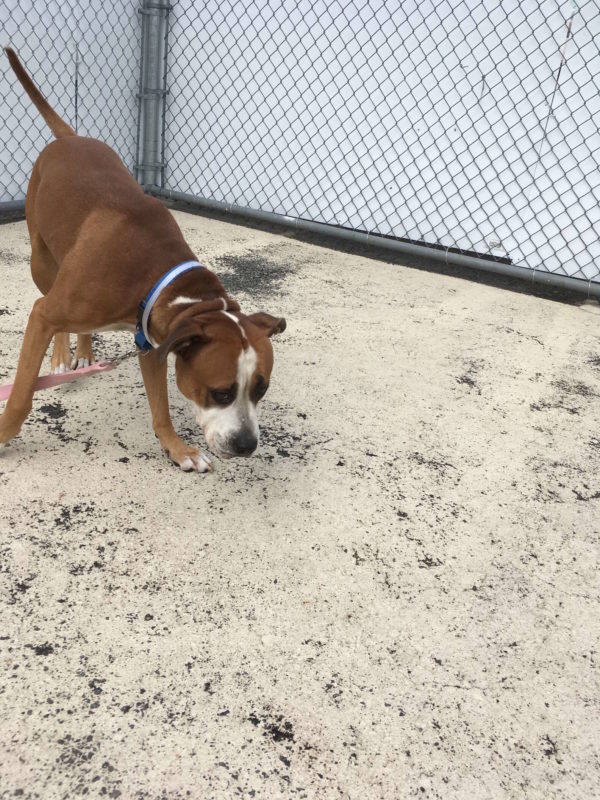 Gina decided to take her dog Salty for a walk and see Saint.

When she arrived, Saint was still afraid to let strangers near her, but Salty knew what to do.

“A group of people and dogs tried to help. Every time someone approached Saint, she would growl. I went to the store and the guys gave me a couple of chicken breasts. She did not pay attention to the pieces of food that I threw to her. But then my dog ​​slowly climbed the steps and began to eat them,” says Gregorio.

Salty didn’t want the great food to go to waste. So she made her way up the stairs and started eating.

As soon as Saint saw Salty eating her chicken, she immediately softened up.

Seeing another dog eating chicken, Saint realized that everything would be fine and that everyone in the group was only there to help her. 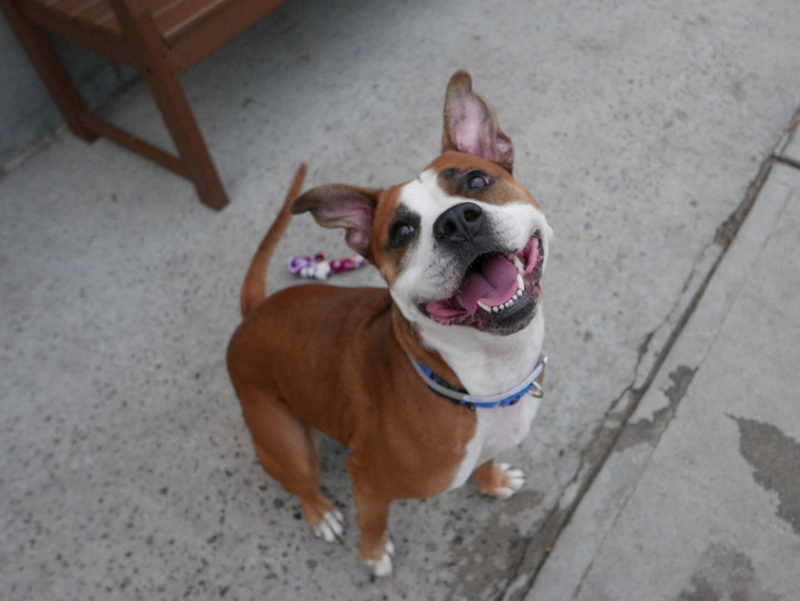 Eventually, Saint calmed down and even allowed some people to approach her.

She was then taken to the Brooklyn Animal Care Center.

When the dog first came to the shelter, she was still incredibly scared and again did not want to let anyone near her.

But when the staff took her outside to play, Saint overcame her fear and soon reincarnated as a completely different dog. 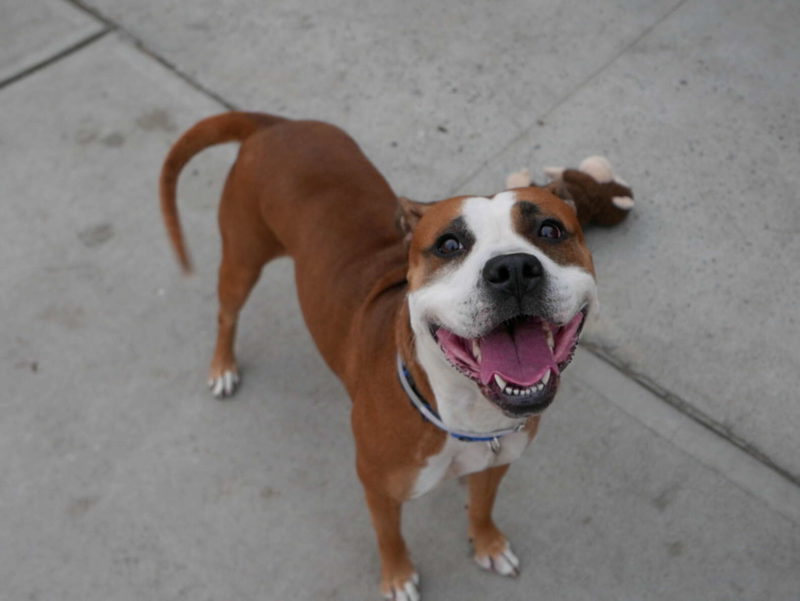 She liked to draw attention to herself and cuddle with her friends at the shelter.

Although she still remained a little shy when meeting new people, she eventually relaxed and gave everyone love and attention.

Though Saint has had a rough start in life, she grows more confident every day and will be the best and most loving addition to any happy family.