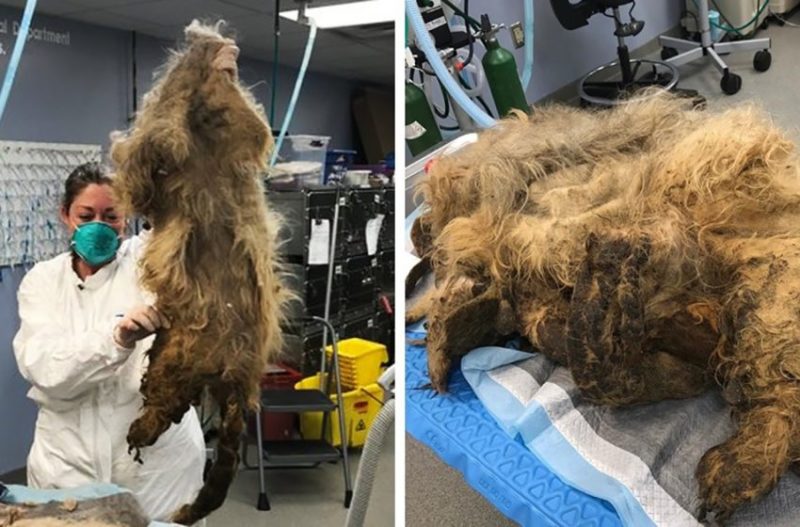 When employees of the Humane Society discovered this dog, they did not immediately realize that they were in front of a living creature. 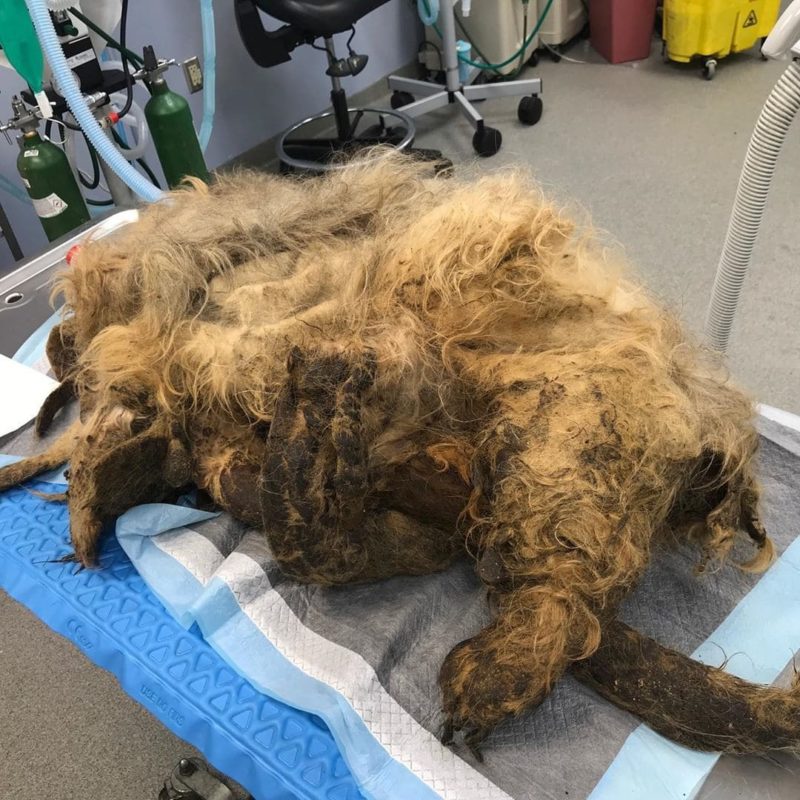 Ellie Mae, as the baby was called, was so overgrown that the volunteers called it the worst case in their practice.

The tiny creature could not really move, because the thick fur was not only very dirty, but also tangled. It was impossible to comb or unravel it. 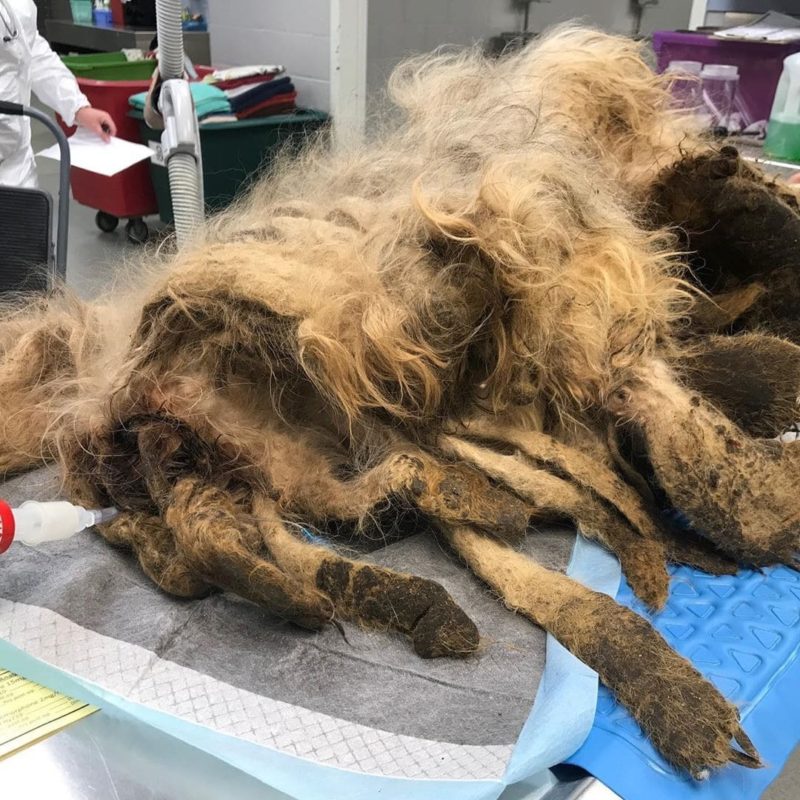 The dog, who was about 11 years old, ended up in the house all alone because her owner died.

It is not known for what reason, but Ellie Mae was not immediately noticed there, but they took her away only when she looked like an old fur coat.

To help the poor girl get rid of the terrible “outfit”, she had to be subjected to anesthesia. 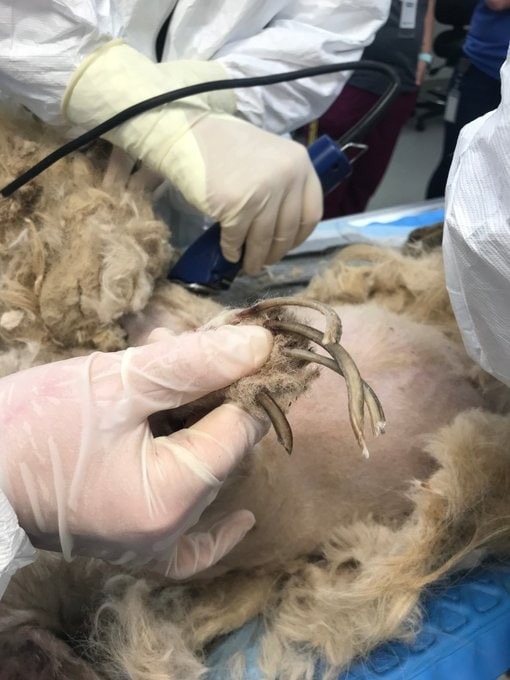 Only after that, the baby could be calmly taken care of, and the veterinarians got down to business.

In total, the specialists had to remove more than 4 kilograms of wool from the poor animal!

Veterinarians say that this is a very unpleasant procedure, which is why it was performed under anesthesia. 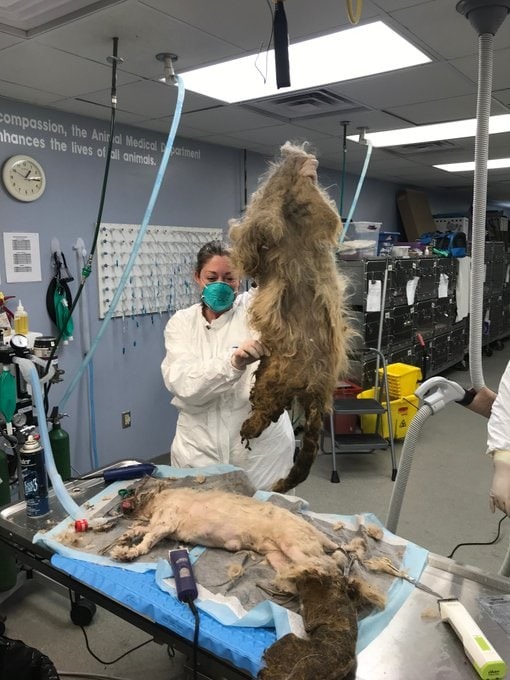 By the way, doctors feared that the dog’s legs would have to be amputated, because of the wool, she could not move.

Fortunately, this did not have to be done, and the dog was not hurt! 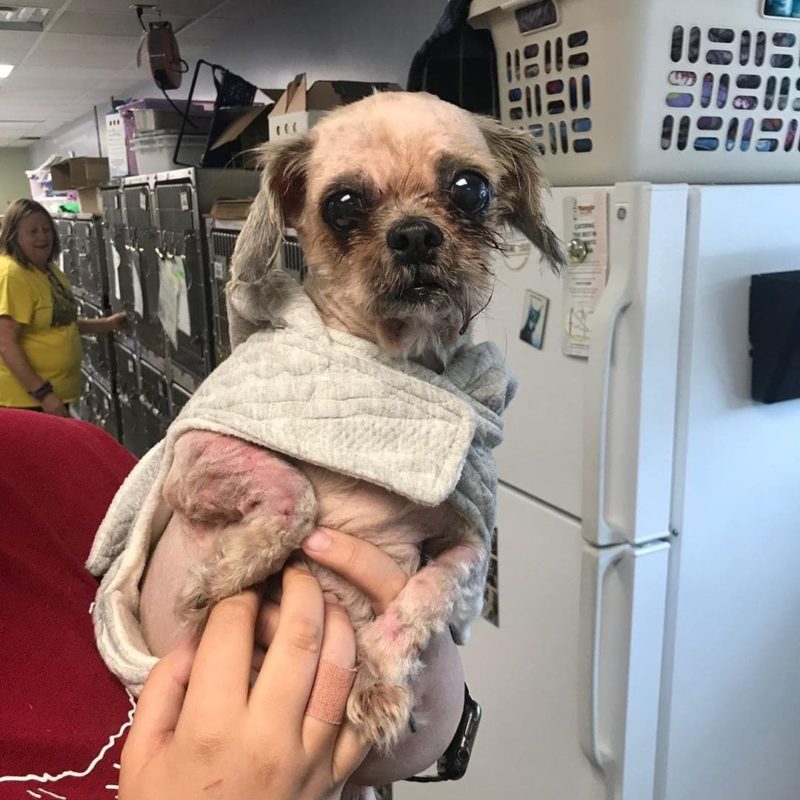 Doctors admit that they have to deal with this phenomenon almost every day. True, Ellie Mae “surpassed” all the patients who used to be in the clinic!

Now the dog looks completely different, and hardly anyone could recognize in her the very “fur coat” that she looked so much like! 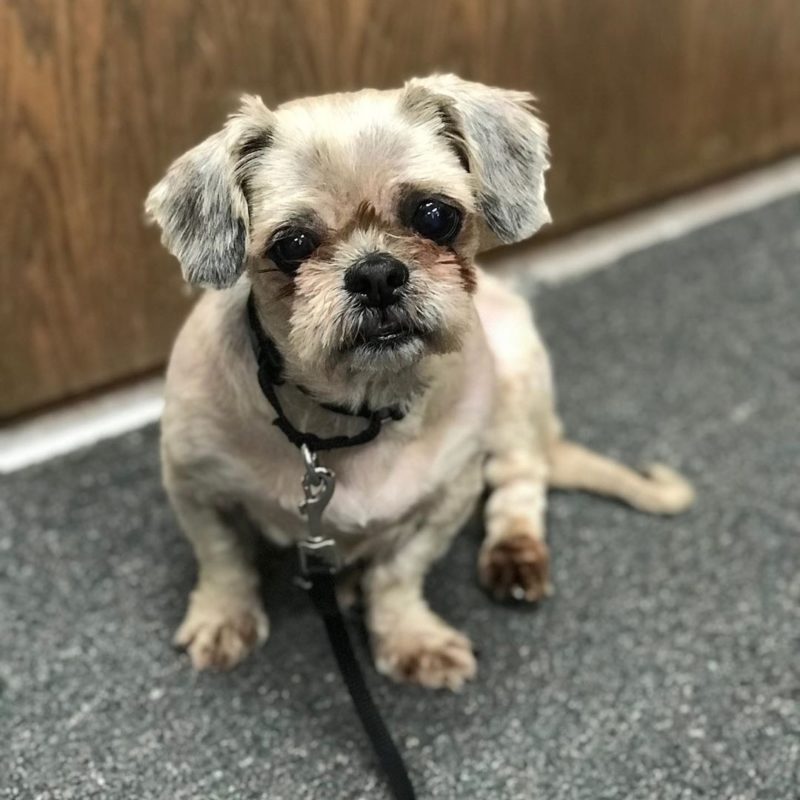 It remains only to treat her by getting rid of the infection and doing some dental work.

Well, after everything is finished, the baby will be given into good hands. We are sure that this cute face will win a lot of hearts!

Two little kittens had a sick sister, whom they warmed as best they could, but then they met a real mother
Animals
0 1528

Kind-hearted postman makes sure the dog, that is waiting for him every day, gets a daily letter even when there isn’t any mail
Animals 0 116517