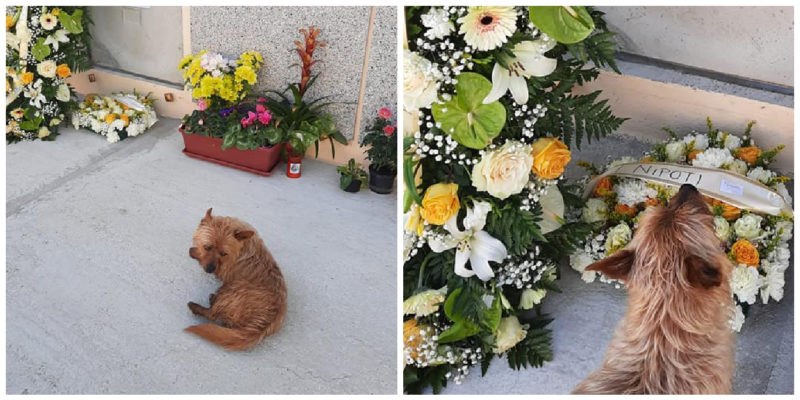 Fulmine and Leonardo lived for seven years in the Italian countryside.

These were years full of happiness and love – man and dog were always ready to cuddle and play.

Leonardo was no longer young, Fulmine was full of energy, and together they made a happy family. 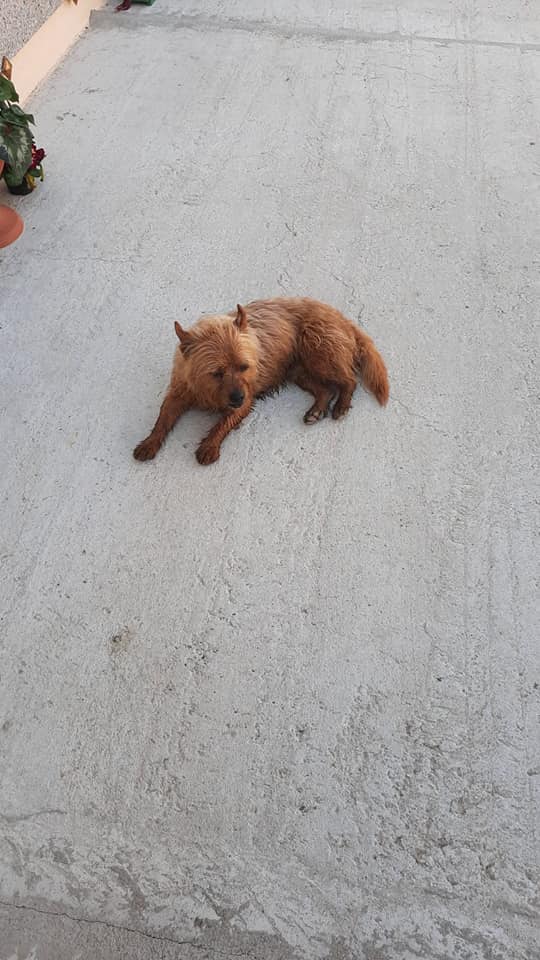 Unfortunately, their time together has come to an end.

Leonard fell sick and ended up in the hospital. And the dog was taken by his daughter, who lived nearby with her son.

They immediately became attached to the little terrier, but the dog yearned and waited for the real owner.

But Leonardo did not return.

“Every time when a car drove up to the house, Fulmine ran out into the yard in the hope that it was my father,” recalls Sara Sechi. 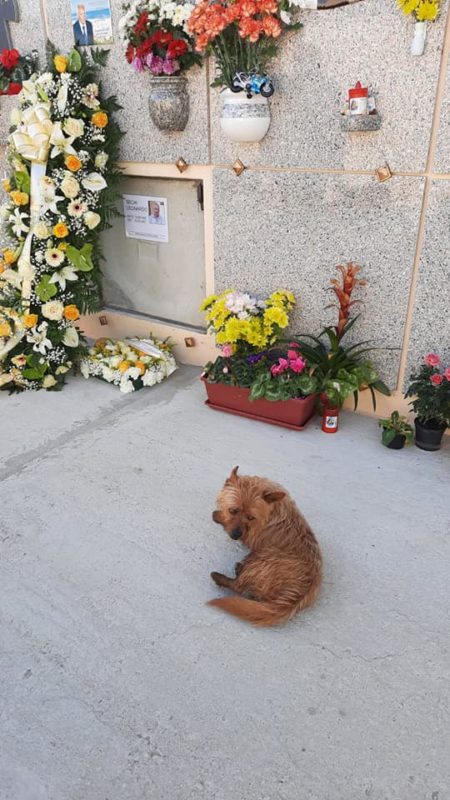 The ashes of her father were buried in the local cemetery.

The whole family was at the funeral. Only Fulmine was not there – the dog was closed at home alone.

When Sara’s father was buried, the terrier ran around the house and yard, as if trying to smell him, to find where he was hiding.

The day after the funeral, the entire family got into a car to go to the cemetery to visit their father.

Fulmine was left at home again.

But when relatives laid flowers on Leonard’s grave and sat down to commemorate him, they suddenly discovered that they were not alone in mourning their loved one.

Fulmine was sitting next to them!

The dog walked 2 miles to visit a deceased friend.

It is not known how he guessed where to go: the cemetery was lost among the fields and meadows.

Perhaps a loving heart and a sensitive nose told him where to move, where his loved one had gone. 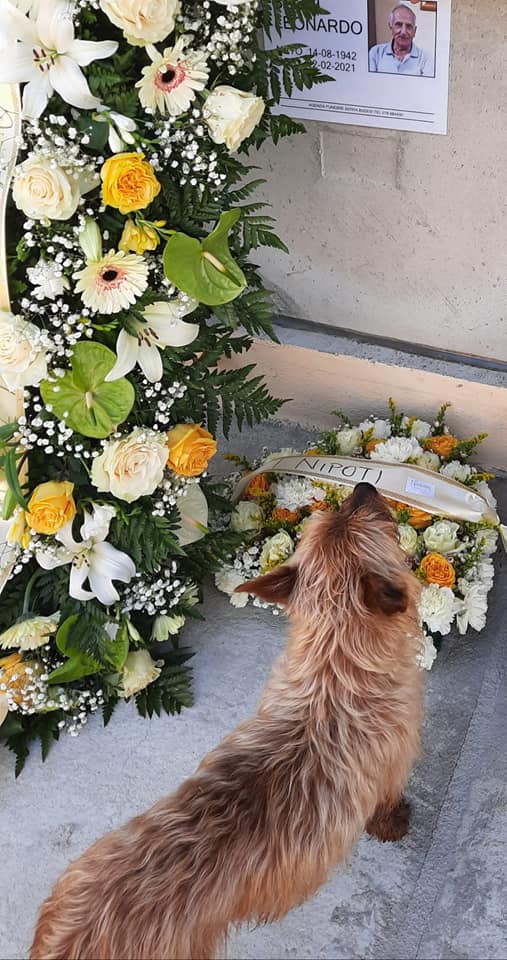 Maybe he just followed the trail of the family car. But Fulmine was clearly glad to be reunited with his owner, at least with his spirit.

He sat on the grave, and went back with Sara in a car.

“I don’t know how he found her way. I like to think that it was his love for my father that brought him. Or even he himself guided him from heaven. It’s one of those things that has no rational explanation,” the woman says.

But this was not Fulmine’s last visit.

In the weeks that followed, neighbors said they saw a small dog trotting through the fields towards the cemetery or sitting near the grave.

Leonardo’s daughter believes that the doggy visits his late owner every day.

His heart is as full of sorrow as Sara’s heart – and it’s good that they have each other to survive the common grief.

Meet Winnie, the Cocker Spaniel that looks like a real-life Disney character
Animals
0 167