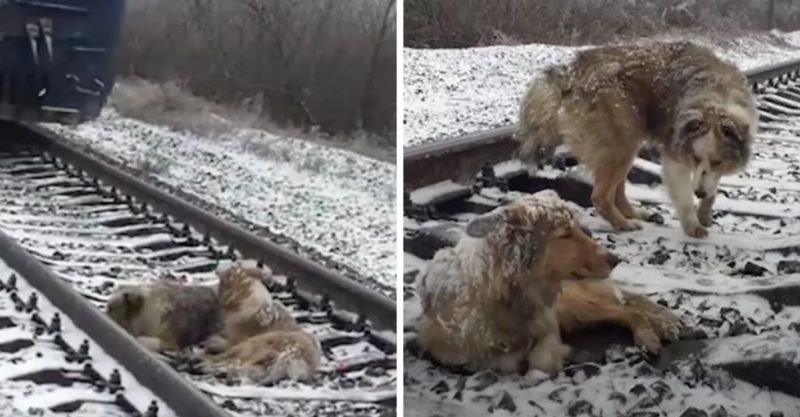 A homeless dog lay under trains on the railroad tracks for two days in a row, protecting and warming another dog. 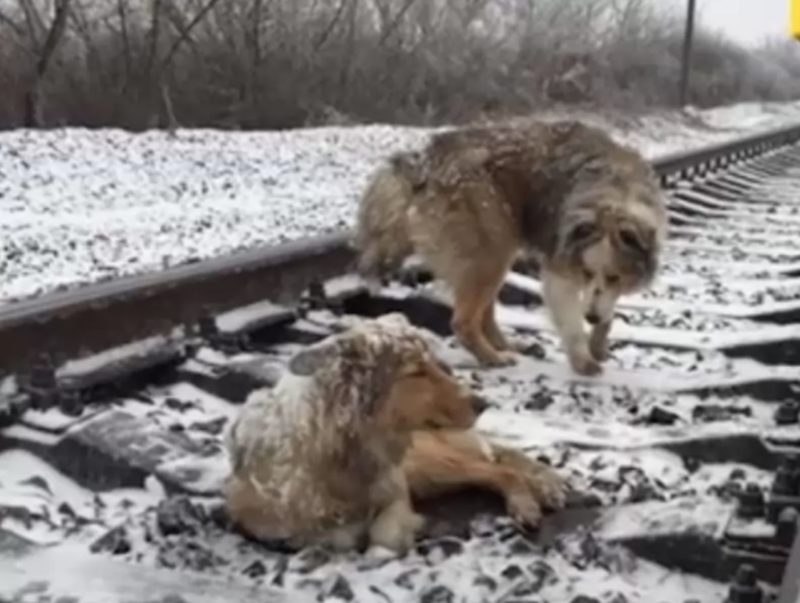 This touching story of devotion was told by one of the Facebook users, Denis Malafeev, who lives in the western region of Ukraine.

Denis’s friends told him about two dogs that had been lying on the sleepers of a nearby railway for several days.

Upon arrival at the place, it turned out that one of the dogs was injured and could not get up, and the other dog, a male, was desperately protecting his helpless girlfriend. 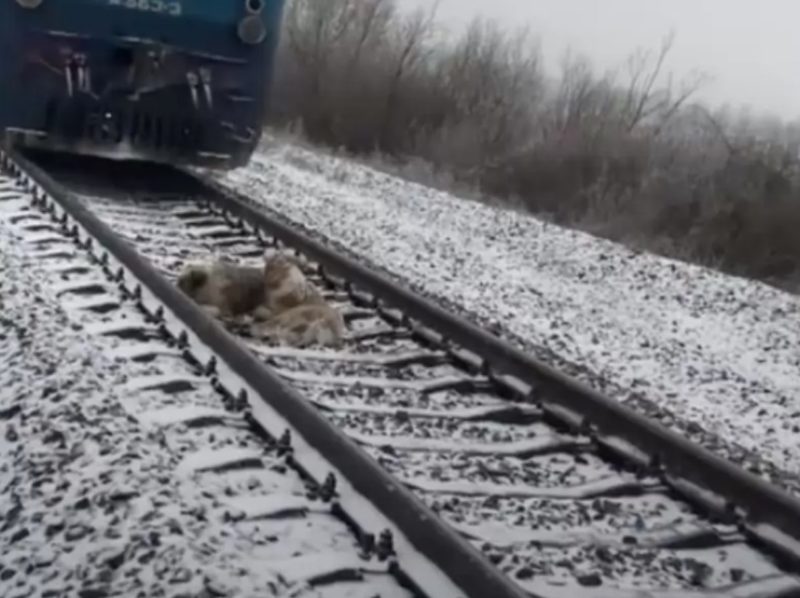 The people who came to the aid of the animals did not manage to approach them in the first minutes – the faithful dog did not allow them to touch the wounded.

Denis and his friends were shocked by how two dogs were hiding from passing trains.

One of those moments, when dogs risked their lives, was filmed by the guys.

The dog, despite the fact that he could run away or step aside, lay down under the train, covering the immobilized dog and pressing her to the ground.

As it became known, he did this for two days in a row, risking himself. 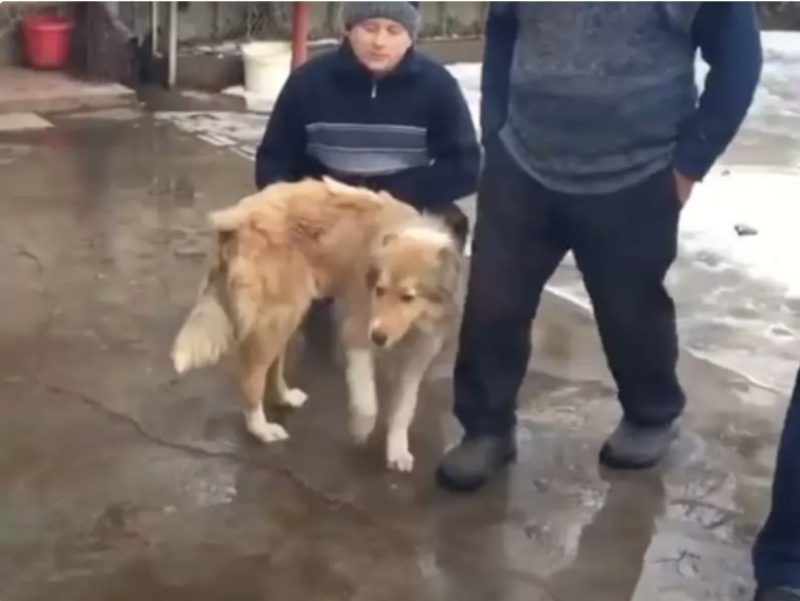 Netizens have already dubbed the couple of dogs the new Romeo and Juliet.

Denis, in his message, invites people to take an example from two devoted animals.

After some time, they managed to remove the dogs from the rails, provide first aid to the wounded and take them to a shelter. 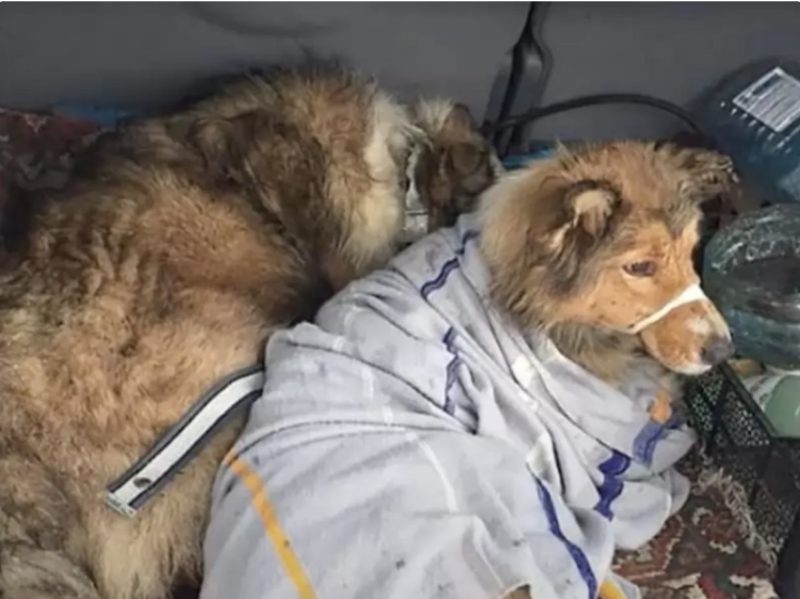 Denis asked the owners of the dogs or those who would like to take them home to contact him.

At the moment, two families have already responded to his message, claiming that the dogs belong to them.

As one of the possible owners noted, the unfortunate pets were lost at the railway crossing.

The truck driver burst into tears when, after months of searching, he met his lost travel companion
Animals
0 306

Birth of these quadruplets was discussed by the whole world 11 years ago: look at them now
Interesting News
0 197

A man found 175 pounds of nuts, hidden by a squirrel while he was away, under the hood of his pickup truck
Animals
1 909