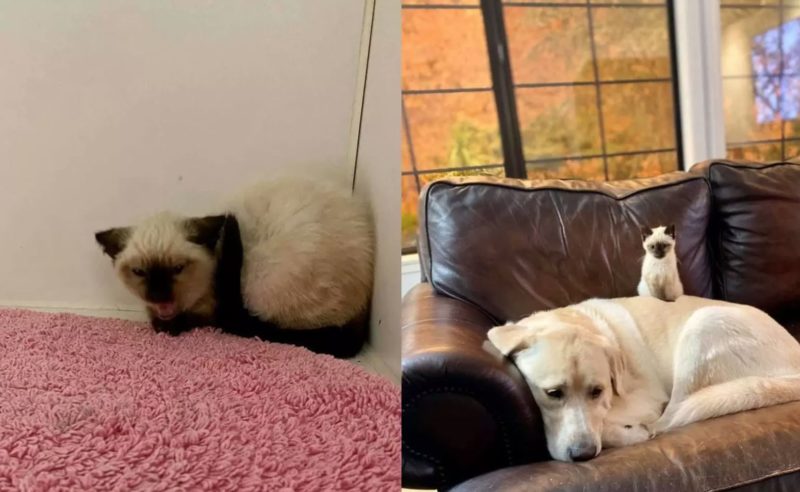 A homeless kitten named Betty didn’t have a chance to be “adopted” when she ended up at Jelly’s Place in California. 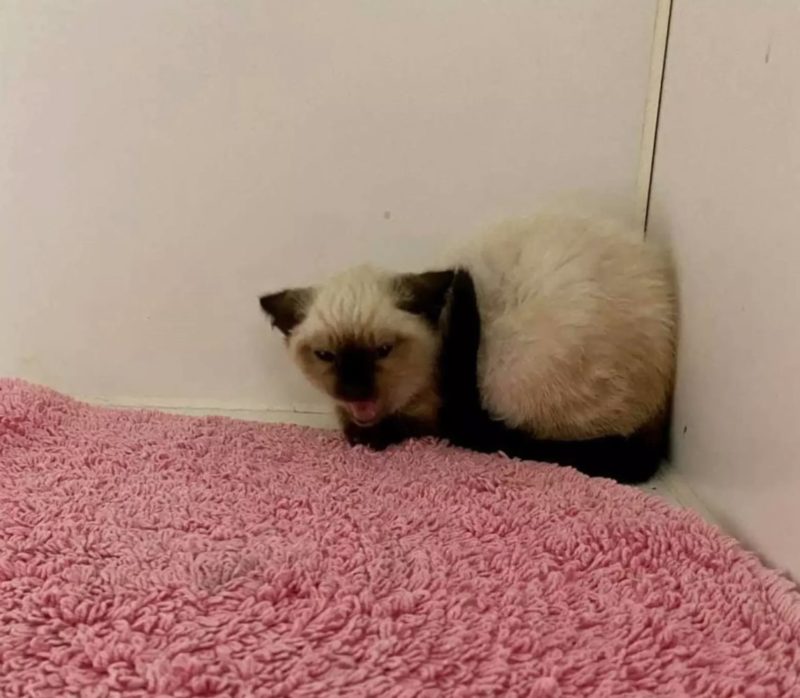 When people passed near her cage, she got angry, hissed and, if possible, even attacked.

In order to somehow change the behavior of the cat, the shelter staff called animal psychologist Kendal Benken, and she took her home for a while.

“No one could touch Betty: she was outraged. A real tiny demon. It was a response of fear. She probably had never been handled, so she behaved very aggressively,” Kendal explained the behavior of the cat. 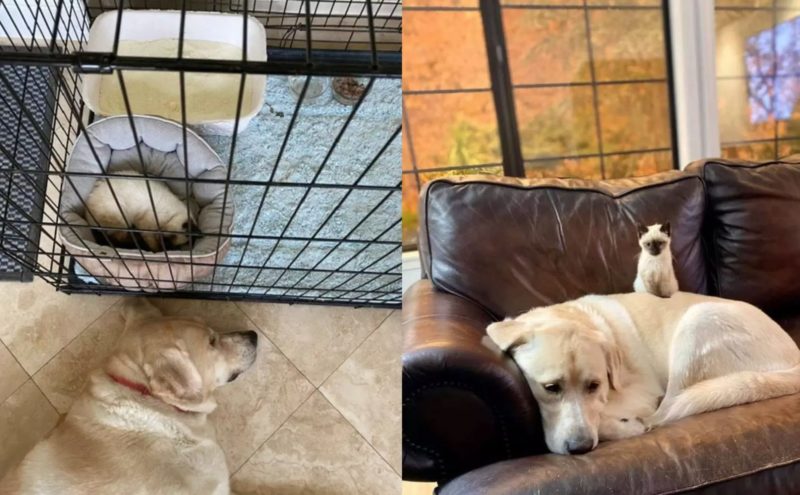 At Kendal’s house, the cat continued to hiss. To make Betty more comfortable, the woman put her in an enclosure with food, water, a cozy house to hide in, and a litter box.

Soon, Kendal’s dogs began to approach the angry cat, who were very interested in the new pet.

Truvy the Labrador, who has always been very fond of small kittens, especially liked wild Betty.

“Truvy loves kittens, and she was just fascinated by Betty. I think that when interacting with kittens, she imagines herself to be something like a mother cat,” Kendal said.

Good-natured Truvy began to spend time every day with a small cat. And after two weeks from a demon she turned into a cute fluffy, and soon became the dog’s best friend.

“Betty began to climb on the Truvy and sleep on her. The dog was afraid to move because she knew that the cat was lying on her. It was so sweet.” — shared zoopsychologist.

Since the cat’s re-education was successfully completed, Kendal began to look for a permanent home for her. 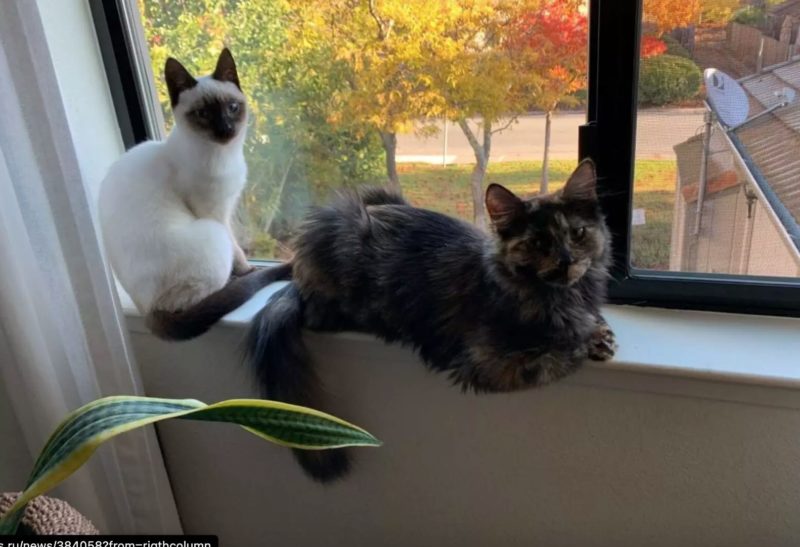 It took a long time, but in the end the woman found a suitable “mother” for the cat – Rose Vestil.

It took Betty a few weeks to get used to her new owner and her cat Amber, but in the end she became a very affectionate, playful and friendly family pet.