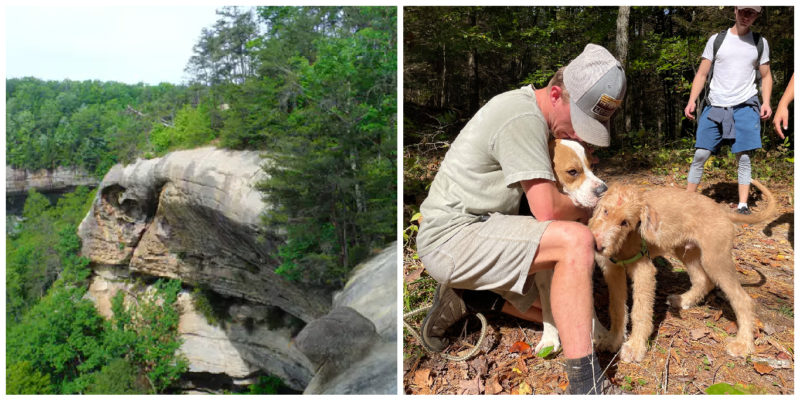 The Wolfe County Search & Rescue Team, an animal welfare service from Kentucky, posted on Facebook the news of the incredible rescue of a dog that fell from a 170-foot height. 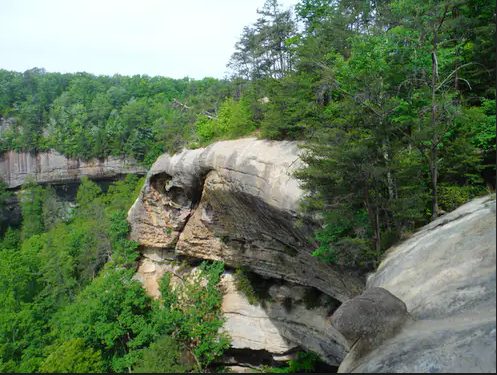 As the owner said, his dog Tyson chased a lizard during a walk, stumbled and fell off a cliff.

The man prepared for the worst.

He called a rescue team to the scene, who searched the area, but could not find the dog.

But on the other hand, they stumbled upon tourists who said they saw a dog in the forest that matches the description. 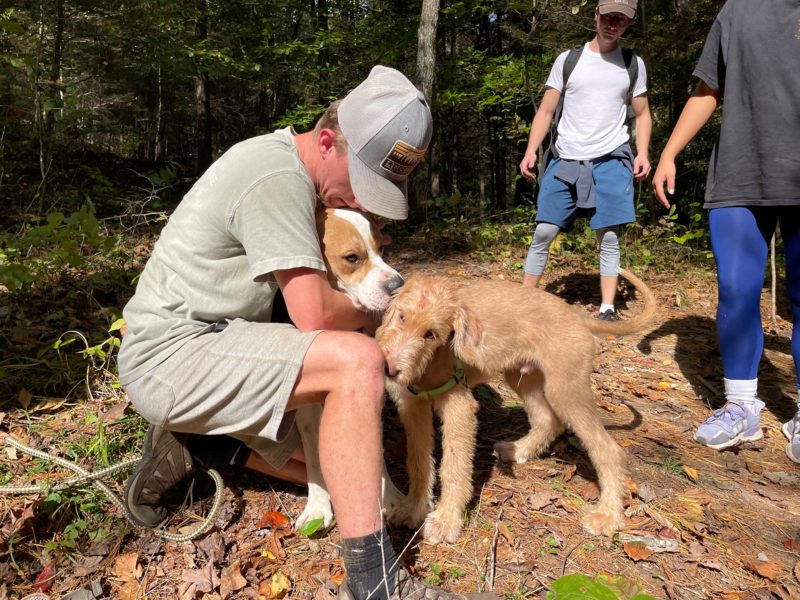 The owner, along with the Wolfe County Search & Rescue Team, headed to the indicated coordinates.

There was no doubt that the dog was badly injured, or perhaps already dead.

What was the surprise of the rescuers when Tyson came out to them safe and sound.

Tyson flew 170 feet from a sheer cliff and did not receive a single fracture.

The dog was examined.

According to the conclusion of experts, the dog had no signs of severe injuries of internal organs and concussion. 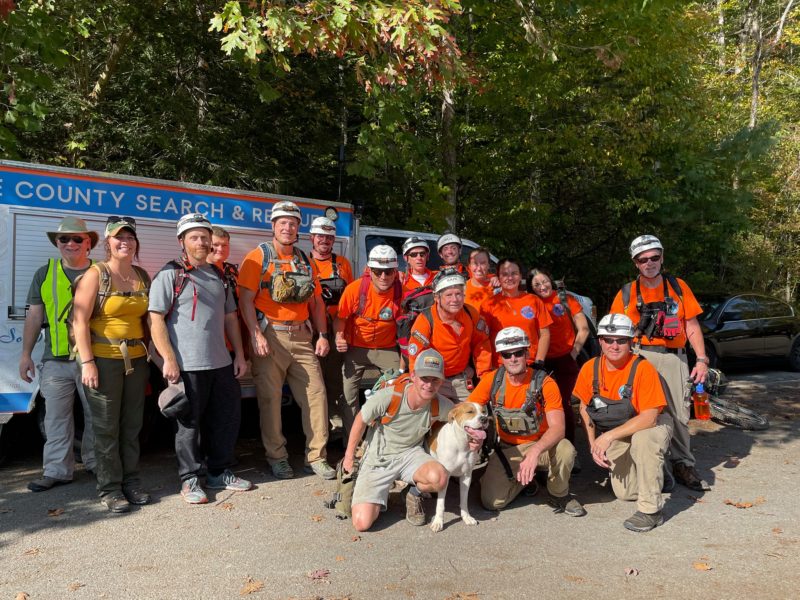 Tyson was happy to be found. He happily wagged his tail and actively reacted to people.

After it turned out that the dog did not need medical assistance, he was handed over to the owner.

During the existence of the Wolfe County Search & Rescue Team, its employees have seen the most incredible stories – both happy and tragic.

What happened to Tyson, the rescuers called “dog gone miracle.”