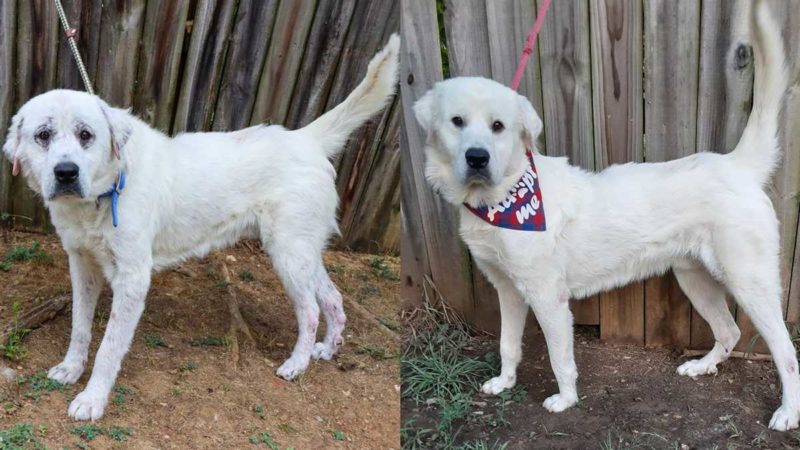 A Pyrenean mountain dog named Jepson was taken from his owner with abnormal animal hoarding syndrome.

The dog is known to have lived in poor conditions among a dozen other animals. 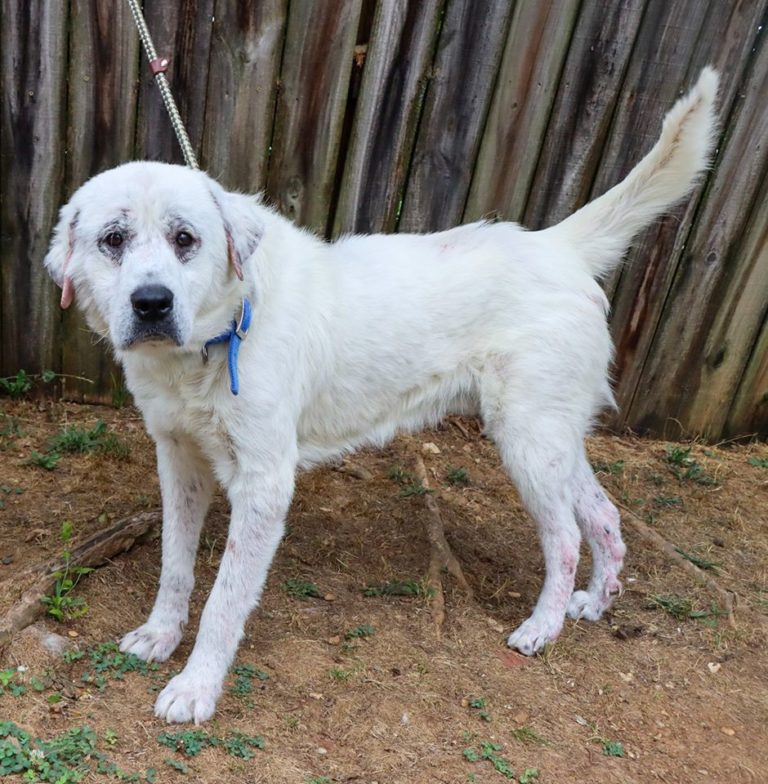 In addition, because of scabies, he was covered with wounds and ulcers.

Thanks to the care of the volunteers of the shelter, where Jepson was brought, he quickly recovered.

The condition of the skin improved, he gained weight, became energetic and cheerful.

However, the shelter itself is located in an area that is considered unfavorable due to the level of crime.

There have already been several attacks on the center’s volunteers.

When the girl went for a walk with the dog in the morning, a van stopped near them.

2 men jumped out of it, who tried to grab and stuff the volunteer into the car.

Jepson rushed to the defense. 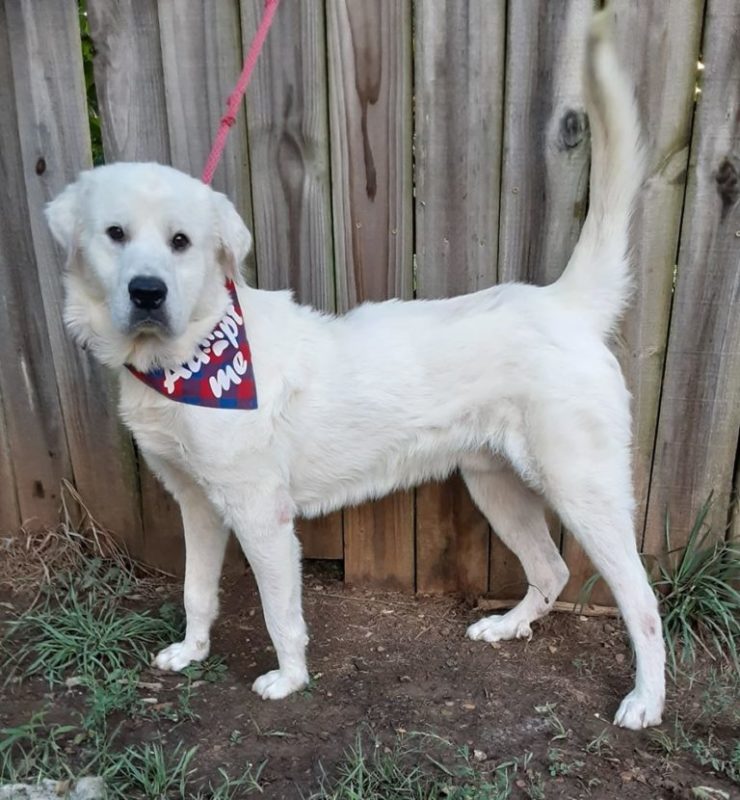 The Pyrenean Mountain Dog is a powerful dog that has sharp fangs and is able to defend itself even against two men.

Dogs of this breed have a well-developed guarding instinct.

It was this that made the attackers understand that they could not overcome Jepson.

The men released the girl and fled. 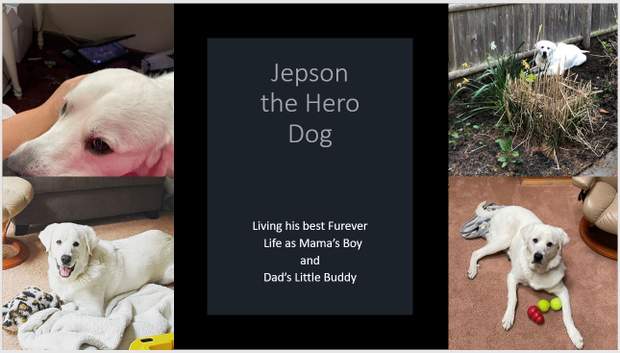 The founder of the shelter is convinced that their volunteer could have become a victim of abduction, if not for the four-legged defender.

In addition, the woman decided to move the shelter to a safer place and started looking for a better place.

This story received wide publicity. Many people learned about Jepson’s heroic deed, which helped him find a new family.