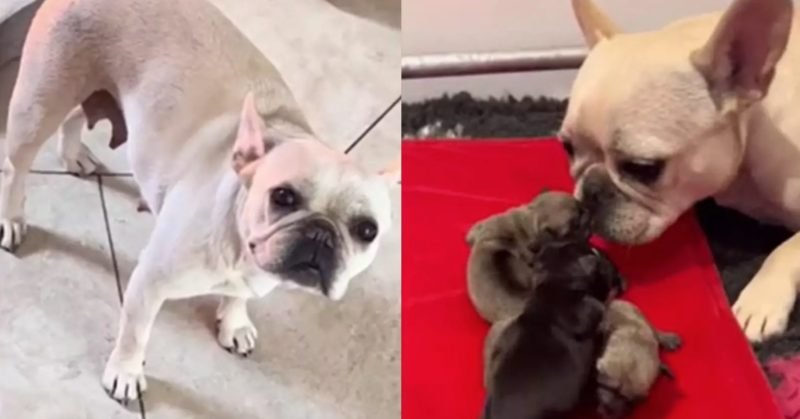 French bulldog Perry and her owner Nakita Wilson were heartbroken after the dog gave birth to a dead puppy on May 23.

Because of the loss of the puppy, poor Perry stopped eating and getting out of bed. 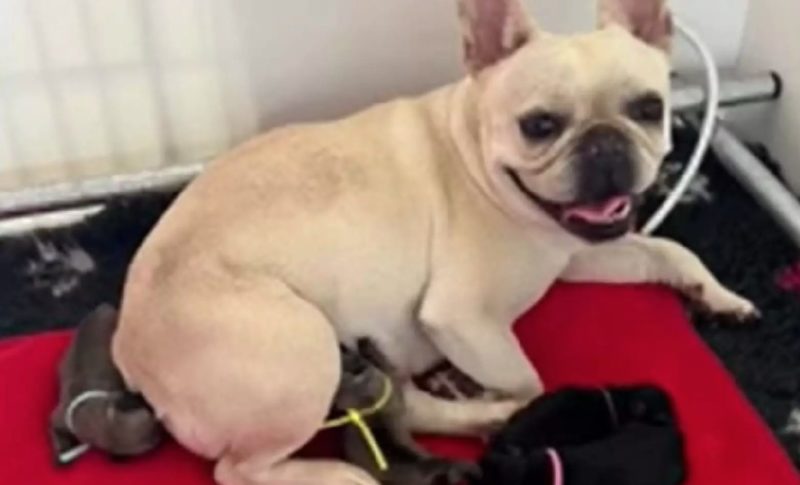 “Perry was very sad and howled. When I brought her home from the veterinary clinic, she did not eat for a long time and did not get out of bed. We were both depressed.” Nakita recalls.

However, the very next day, Nakita received a call from a veterinarian friend who asked if she would agree to adopt a litter of unwanted newly born French Bulldogs.

The owner of these puppies was going to euthanize the puppies because they didn’t match the conformation of the breed, but Nakita and Perry didn’t let that happen.

The woman brought four puppies home and immediately showed them to her pet.

At first, Nakita was worried that Perry would not accept puppies, since dogs are not always easy on other’s offspring.

But when she saw the babies, Perry instantly changed.

She became active again and began to joyfully circle around the puppies, sniffing them with interest.

Having finished carefully studying the pups, the dog fed them, and after that, for the first time, they stopped whining and fell asleep peacefully. 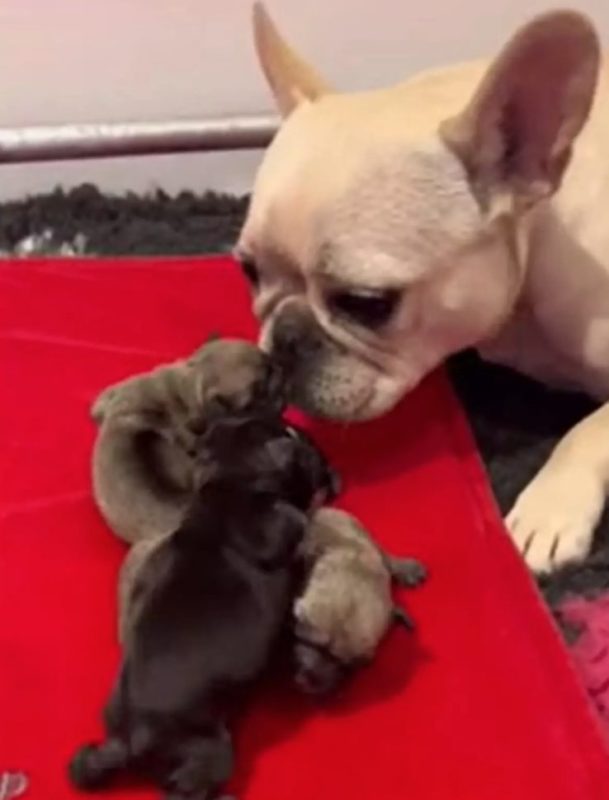 “I knew bringing the puppies home was the best decision. They’ll have a real mom and Perry will be happy again.” Nakita said.

Perry is currently taking care of her adopted babies, and they have truly made her the happiest mom ever.

Meet Ouka, the paragliding Samoyed who loves to soar with his human companion
Animals
0 62