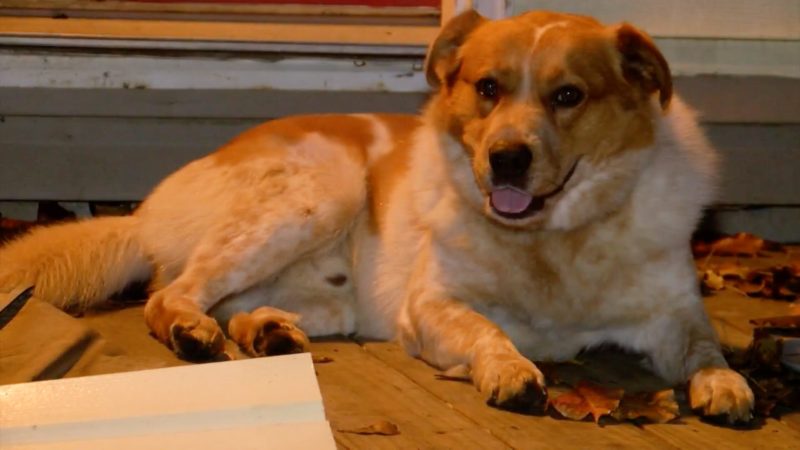 The dog, named Butter, saved the Golloway family from the fire.

The four-legged one often walked near their house, and this helped him to be the first to notice the danger.

When the house caught fire, the dog ran under the windows and started barking loudly.

Charity Golloway and her two children were fast asleep at that moment.

The four-legged did not stop until the woman woke up.

“Butter realized that something was wrong, and knew that he needed to report to someone. This is a very smart dog,” – said Charity.

When the woman went to the window to calm the dog and go on to sleep, she saw how part of her house was on fire.

Charity grabbed two children, ran out and called the firefighters.

If not for Butter, who knows what might have happened. I am very grateful to this stray dog,
– said Charity.

Firefighters took a few photos of Butter to share on social media.

It also helped to find the owner of the dog. One of the residents of the city recognized him as his pet Cooper.

“I am a little sad that Butter will leave us. But at the same time, I am very glad that he will soon be reunited with his family. We will try to stay in touch with his owners,” said Charity.

The newly-made mother, Golden retriever named Yami, tries to console her crying puppies by bringing them her toys
Positive
0 304

This cute rescue cat has a crooked jaw, but that doesn’t stop her from smiling
Animals
0 59
Our Top Posts