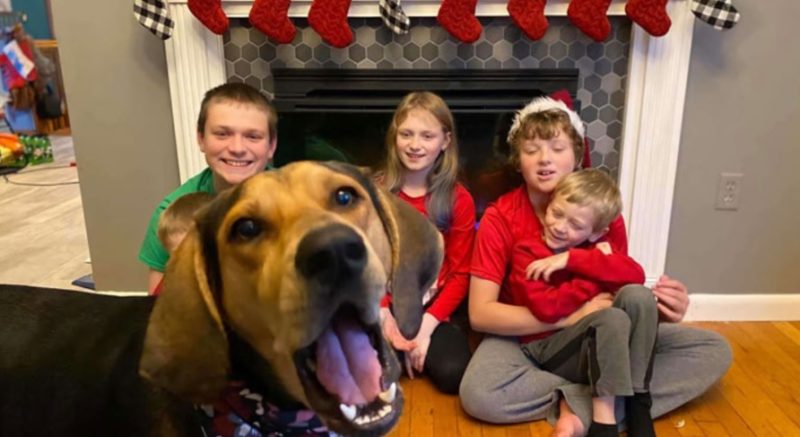 Many people have a friend who always accidentally or intentionally ruins photos.

In the Greenstein family of Brockton, Massachusetts, this friend is their dog Penny. 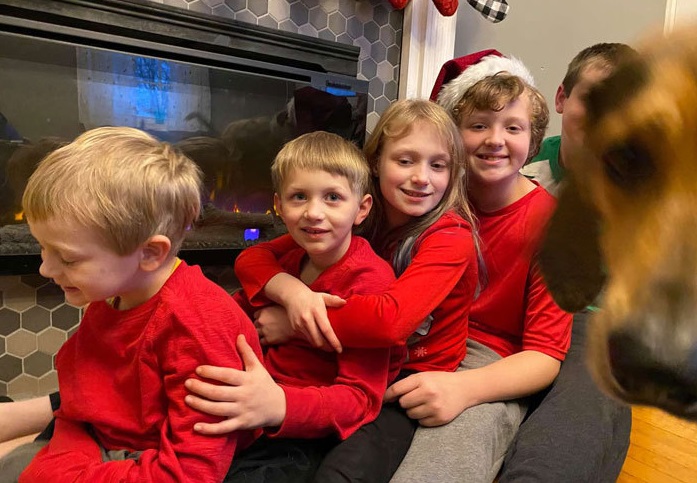 The family adopted Penny from the shelter in 2019 after their Boston terrier, Henry, died of old age.

“I felt an instant connection with Penny and knew she was meant to be our dog. She immediately became part of our family. This is a happy, energetic and exceptionally friendly dog,” Dina Grinshtein said. 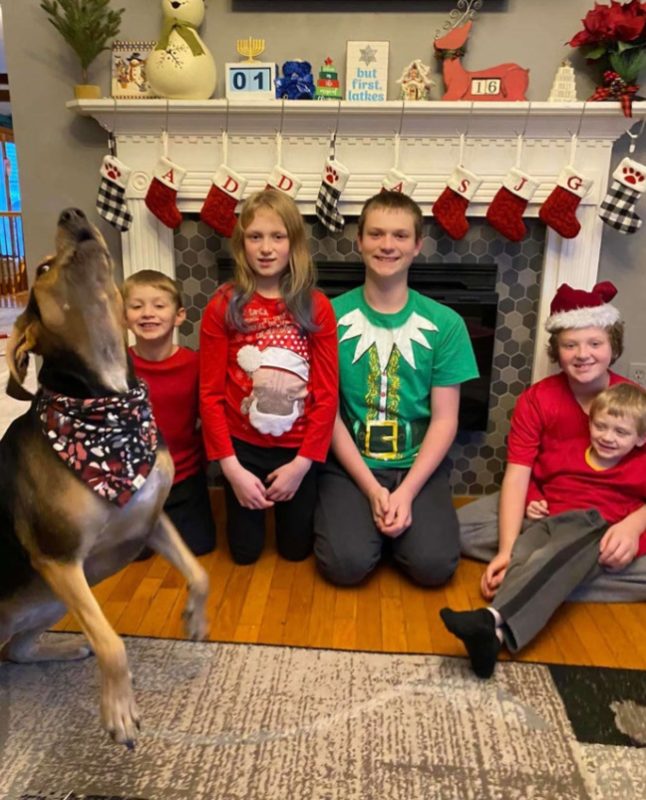 Dina, the mother of the family, decided to take holiday photos and seated all the children and the dog by the fireplace.

Everything was fine until Penny decided that the shots lacked action. Then she started to misbehave. After several unsuccessful attempts to calm the playful dog, they decided not to shoot her anymore. 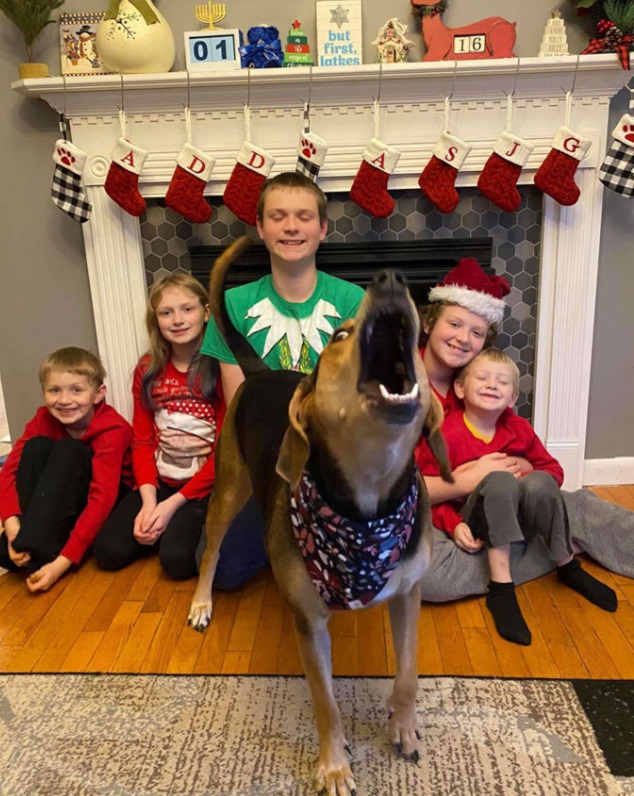 Of course, Penny didn’t like it. The dog was offended by the fact that they dared to exclude her from the photo, and began to actively jump in front of the camera and bark. As a result, she was in almost every picture.

“She didn’t like that I started photographing the kids without her, and she started jumping in front of the camera, jumping on all the kids, licking me and the camera, and making a lot of noise. I took probably a hundred pictures with her presence. And then the children and I looked at them with pleasure and laughed,” Dina said.

Despite the fact that Penny ruined many of the photos, it was decided to keep them. Because many of the pictures looked very lively, emotional and funny because of the presence of an indignant dog in them.

They chose the funniest photos and sent them to print. Now the Greenstein family will be able to please themselves and their relatives with very unusual and funny postcards that they were able to make thanks to their cheerful and restless dog.

Meet Ouka, the paragliding Samoyed who loves to soar with his human companion
Animals
0 100

Adopted boy grew up and built a dream house for his poor parents: see the incredible result
Interesting News
0 180

The woman shows a dog that has grown larger than any wolf: standing on four legs, he is as tall as a man
Interesting News
0 137