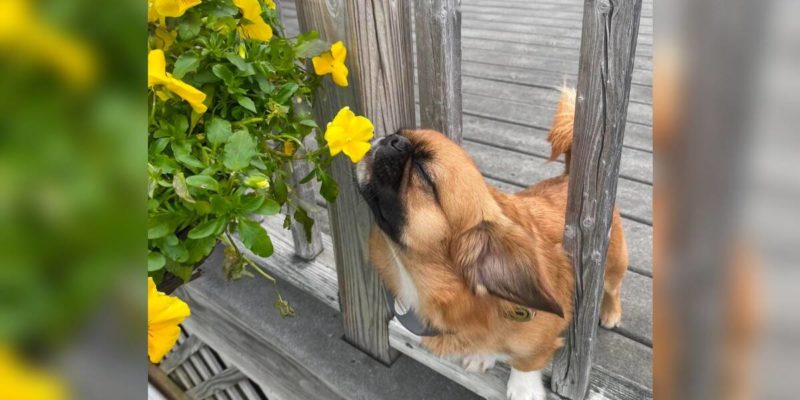 Dogs are famous for being very fond of sniffing everything. 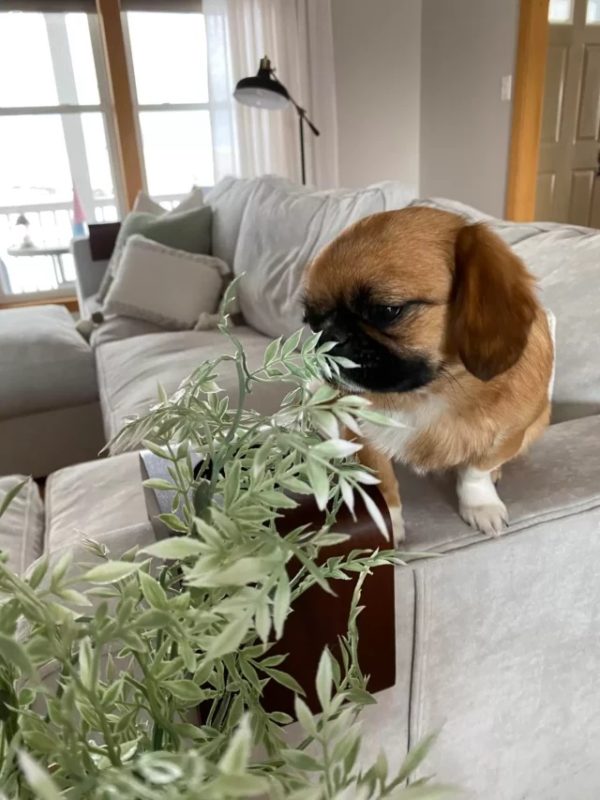 And this cute dog, a cross between a Pekingese and a Brussels Griffon, thinks flowers smell best.

According to the owner of the dog, Finn began to love flowers even as a small puppy.

Sarah Gears, the owner, says that as a puppy, Finn loved going to her father’s garden. He was fascinated by flowers. 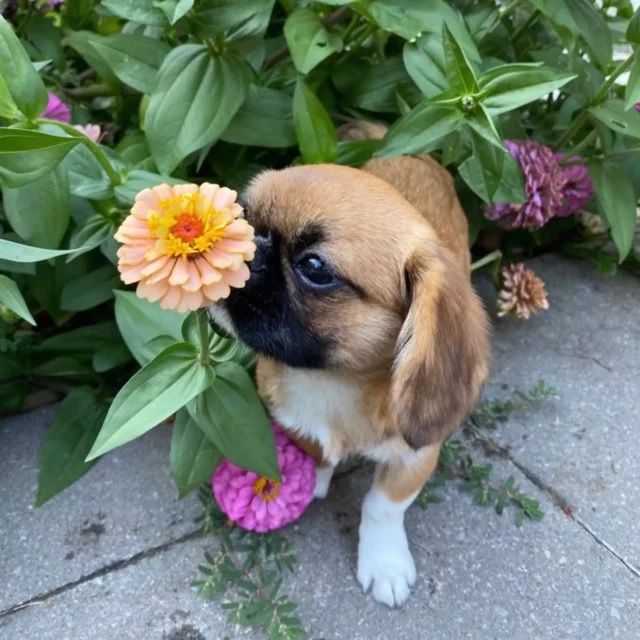 The dog did not try to harm them, bite them, he just sat and sniffed them.

Even while indoors, he manages to satisfy his need for flowers.

He jumps on the tables with potted flowers and sniffs them.

Sometimes even artificial flowers arouse great interest in him.

But there’s something Finn loves more than smelling flowers. His family.

He follows his mother everywhere and loves to sleep on the same bed with his father curled up under his blanket. 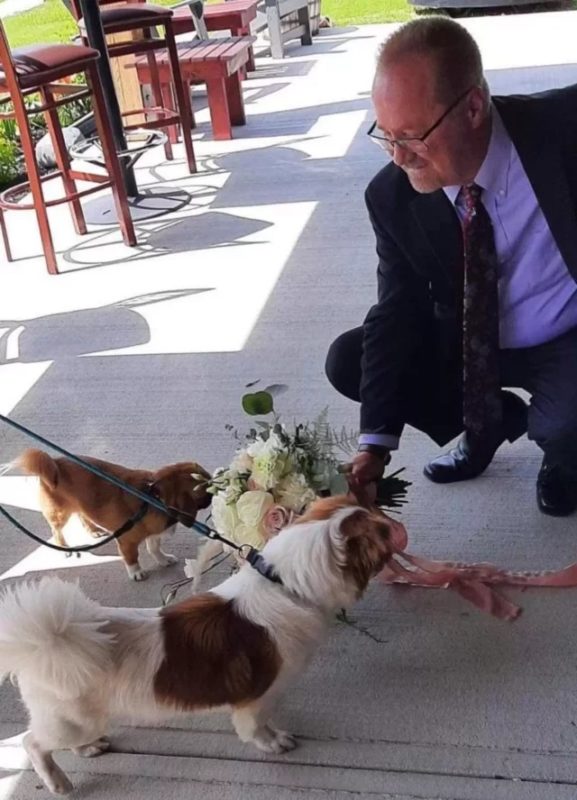 When Sarah goes shopping and takes Finn with her, he doesn’t miss the opportunity to stick his head out of the shopping cart and sniff the shelves of artificial flowers.

His favorite flowers are pansies.

These flowers are edible and not at all harmful to dogs, but Finn does not even think about tasting them. He is so fascinated by them and protects them. 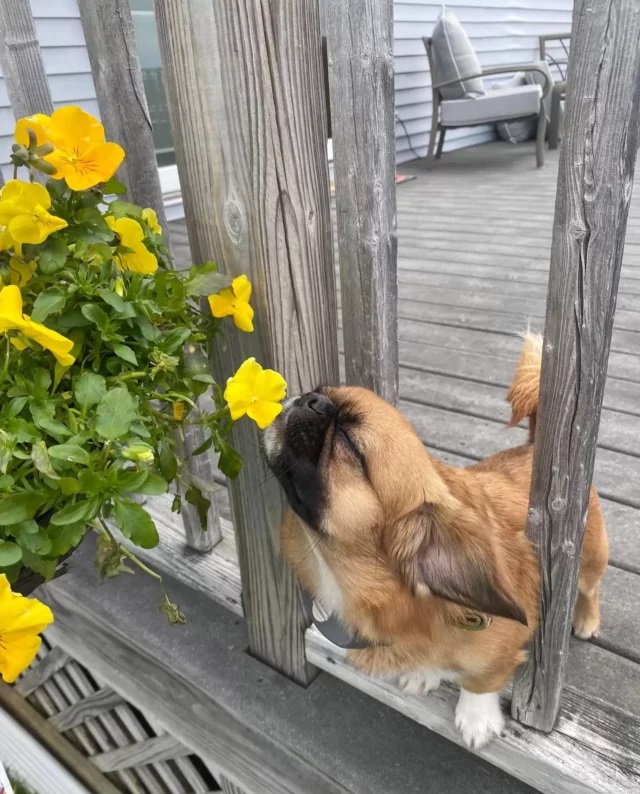 We can only guess what scents these flowers give off for him, as dogs’ sense of smell is 100,000 times better and stronger than that of humans.

Houdini cat: Meet Chamallow, the feline with ability to break free from any cage
Animals
0 104