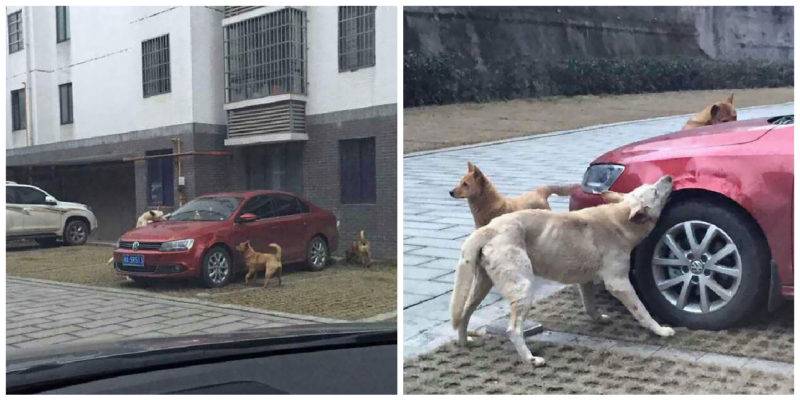 A good parking place is a real happiness for the driver.

It is not surprising that car owners are very annoyed when strangers take their places. This story is about a man who chased away an unfortunate animal.

However, karma apparently caught up with him.

So, after a great vacation, the man returned home, but found that his parking space was occupied.

Yes, not just someone, but a stray dog. He must have thought this was his new home.

Tired and irritated after a long drive, the driver got out of the car and kicked the dog.

So he decided to free up his parking space.

The dog was frightened and ran away. The man was sure that he had driven the dog away forever, and that it could find a home for itself elsewhere.

But the dog had a different plan. Angry dog “devised” a plan for revenge. 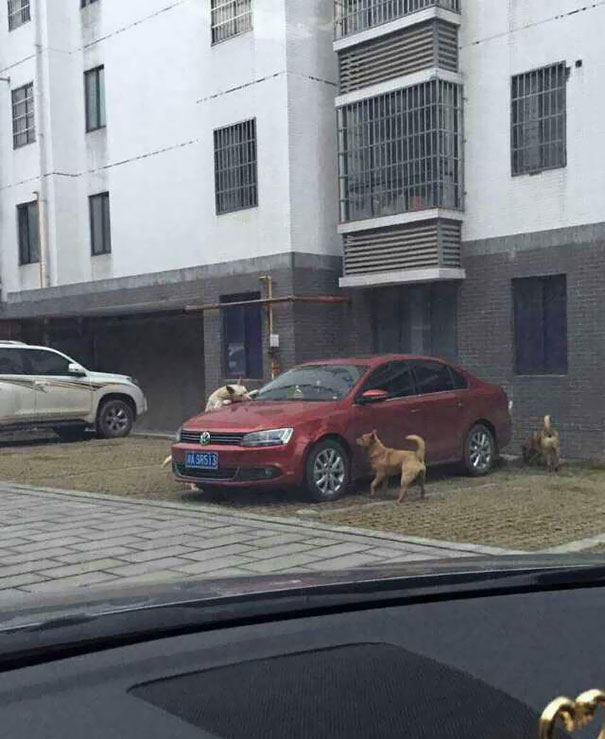 He was determined to repay the driver for the disrespect he had shown him.

The dog returned to the parking place along with a few of his furry friends.

They made such a noise that the man was forced to wake up and go outside to see what was happening.

What the driver saw shocked him. Dogs literally mocked the car. They’ve already managed to gnaw on it, causing hundreds of dollars in damage. 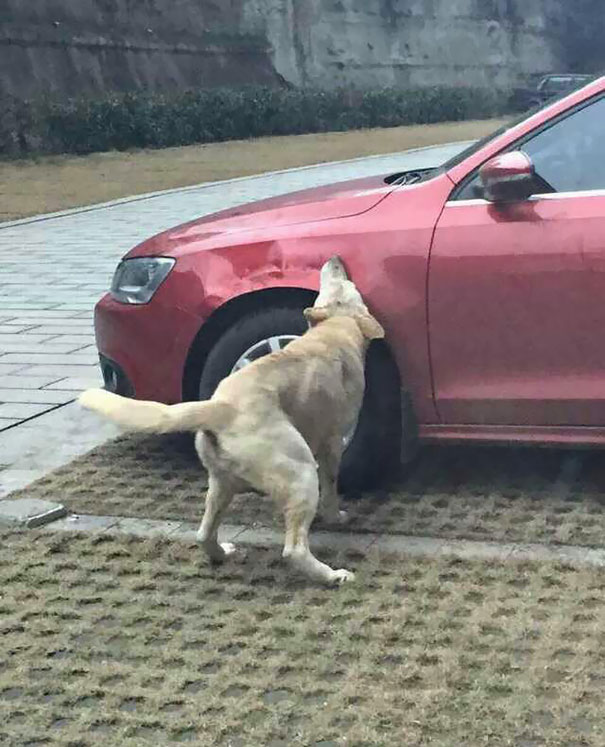 In a word, it seems that karma has fully caught up with this driver. His car is badly damaged. And all because he thought only about his comfort.

And also about the fact that any evil caused to others, whether it be a dog or a person, will definitely return as a boomerang.

Animals 0 2,569
This adorable dog, named Honeydew, lives with its owner in California and attracts attention

Animals 0 2,748
The history of animals that have found a home and owners is always touching.

Animals 1 2,927
Man’s best friends always amaze us with their unlikely friendships. There are so many
Leave a Reply Cancel reply
Recent Posts