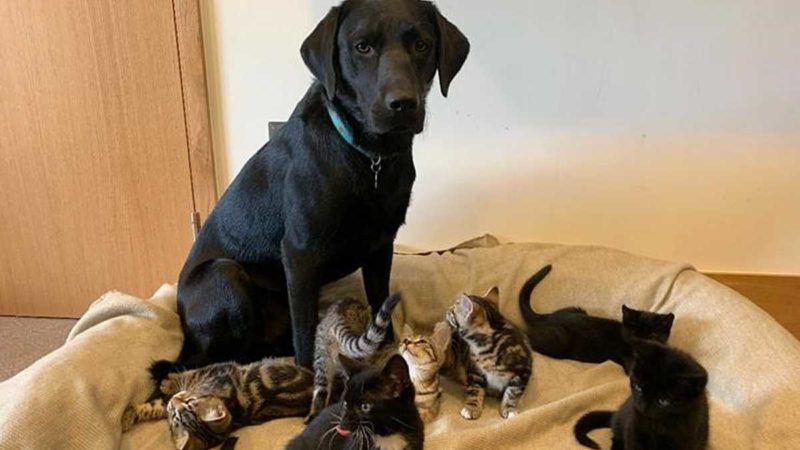 In the UK, a Labrador became a nanny for 7 homeless kittens.

He patiently and affectionately cares for them, helps them socialize, and teaches them how to take care of themselves. 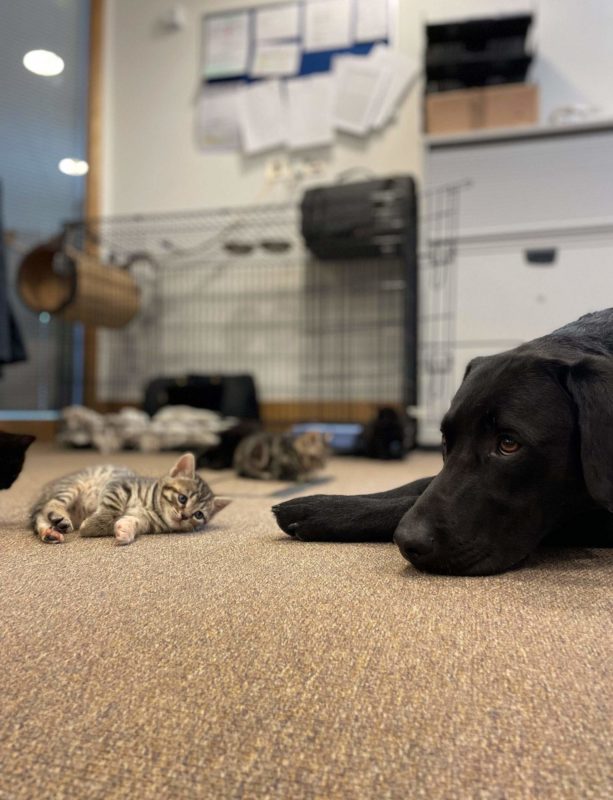 The one-year-old Labrador himself was once a stray dog, who was rescued and adopted.

Perhaps that is why he turned out to be a loving and patient educator for children.

Seven babies were found on the side of the road, left to fend for themselves.

Bertie, a former shelter dog, who was rescued and fed, lived with her.

“There is something especially touching about seeing a rescued pet now helping to rescue other animals in need,” Rachel said.

Bertie took care of the kittens, showed them how to take care of themselves, played with the babies.

The shelter worker said she was incredibly proud of her dog for the care he showed.

Rachel and Bertie took care of the kittens until they were able to eat and use the litter box on their own. 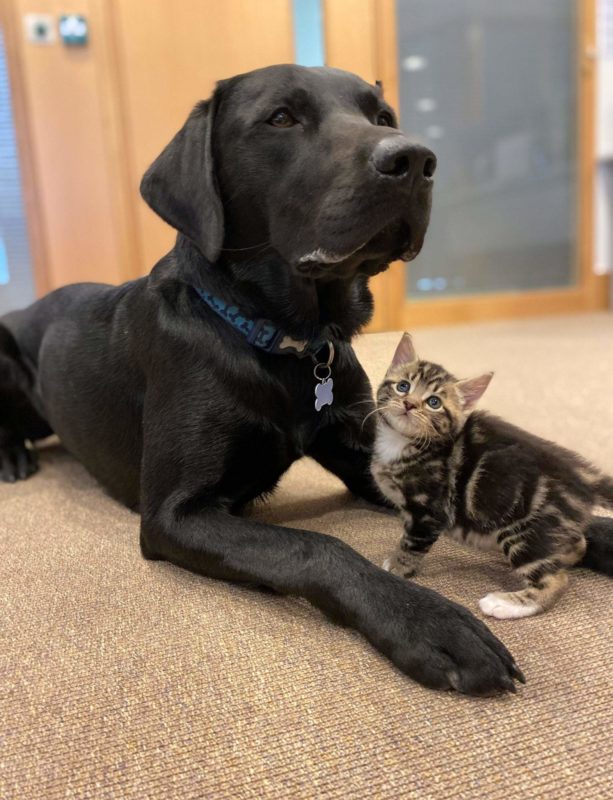 When the kittens became a little more independent, the babies returned to the Battersea Shelter. They found loving families.

“I was sad to see them go, but I can enjoy knowing that Bertie and I were able to give them the best start in life,” Rachel said.

The nurse added jokingly that maybe Bertie is deep down enjoying the peace and quiet that has reigned in the apartment since the 7 noisy kittens left.