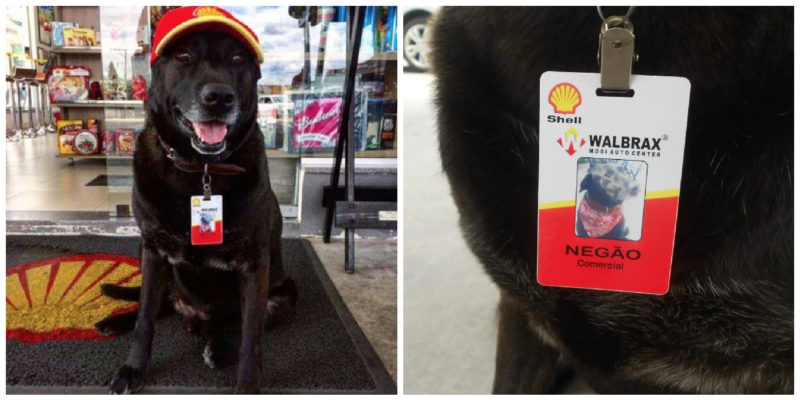 This story took place in the Brazilian town of Mogi das Cruzes, near a Shell gas station.

Someone threw the dog out of the car and immediately disappeared.

The dog remained at the gas station to faithfully wait for its careless owners.

As time went on, the dog waited.

The petrol station was bought by Sabrina Plannerer and her husband, while inspecting their new property they saw a dog. 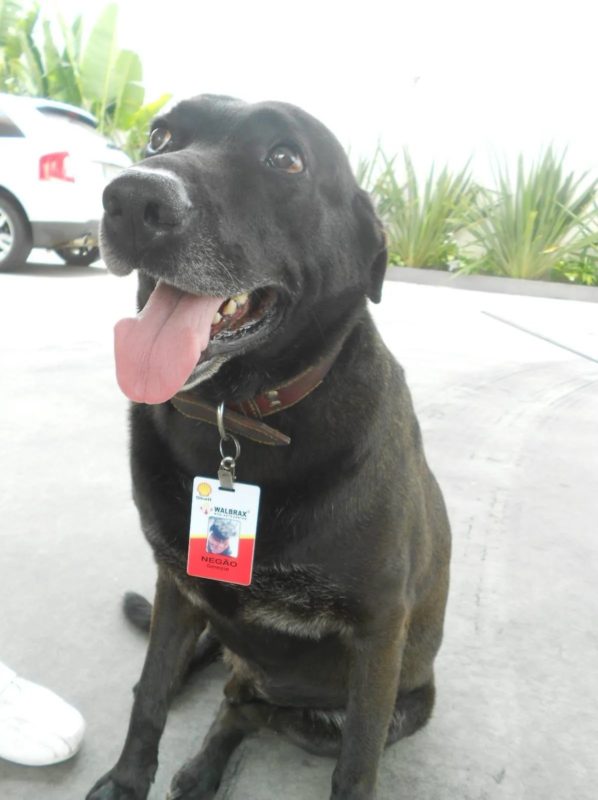 He lost a lot of weight and didn’t look fine. The new owners did not kick the animal out.

They took him to the veterinary clinic, after which they bought him food, a collar and toys.

But the couple not only decided to take the dog for themselves, they decided to give him a job. 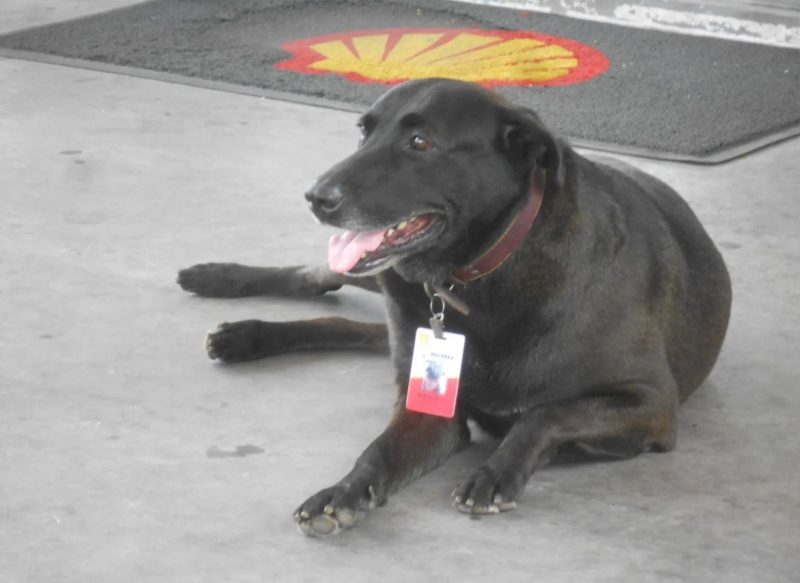 So Negão, that’s what they called the dog, got a badge and a cap, now he is an official employee of a gas station.

The dog named Negão is arguably the cutest gas station worker in the world.

Moreover, the employee is very responsible – he meets all the visitors and gives them a good mood. 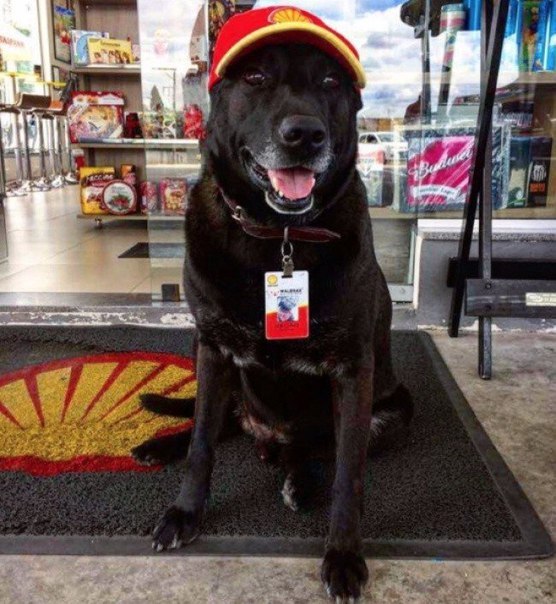 Many clients fell in love with the unusual worker and, along the way, bring him new toys.

Sabrina hopes that her act will become a positive example for everyone who decides to someday adopt an abandoned animal.