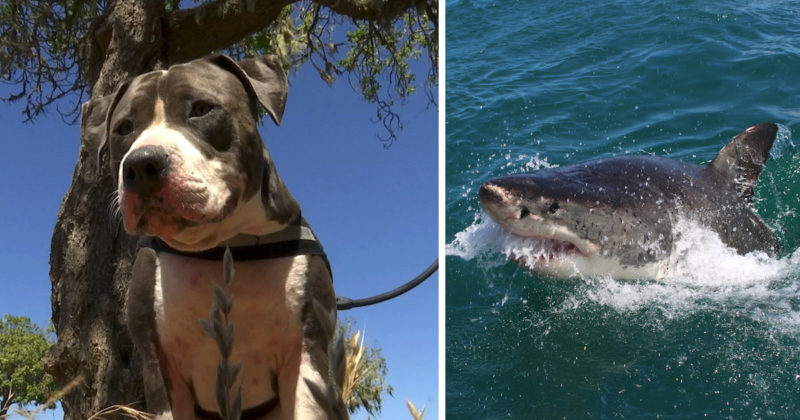 On a beautiful sunny day, you can do whatever your heart desires.

For example, go fishing, which was done by an athlete named James White. 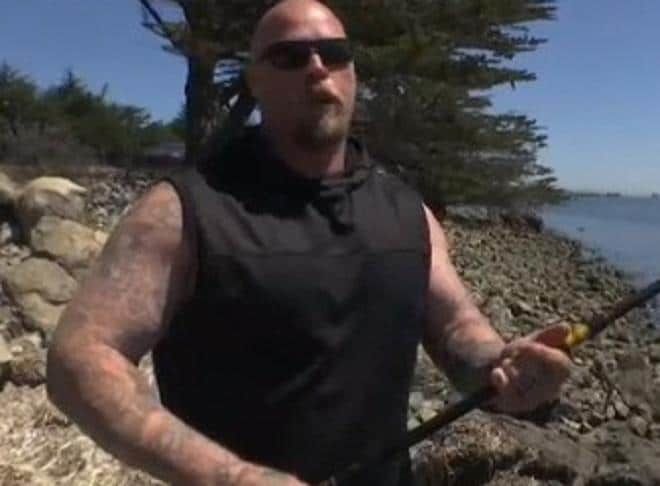 Approaching the ocean, the man who lives in Northern California did not expect that danger awaited him …

James was very happy when the fish bit, and began to pull the bait towards himself.

But at that moment he felt a strong resistance.

And the next moment, someone began to drag him down.

It turned out that a huge broadnose sevengill shark was hooked.

Before the man realized what was happening, the stern predator had already managed to attack him!

The shark grabbed his ankle, piercing an artery with its teeth…

James screamed in pain and horror, hoping someone would hear him.

Alas, he was in a remote area, and no one had any idea what was happening.

And at that moment a real miracle happened: out of nowhere, his dog Darby appeared, which jumped out from behind the bushes!

He rushed at the shark with lightning speed.

A devoted pet of the pit bull breed bravely attacked the fish, protecting the owner!

After a short struggle, the shark weakened. It clearly did not like the powerful jaws of the pit bull, so it soon released its prey and hastily swam into the ocean.

Bloodied James did not immediately realize that the dog was the only creature that rushed to the rescue.

As it turned out later, he left Darby near the car. Obviously, the dog heard the cries of the owner and realized that it was necessary to protect him.

Risking his life, the pet managed to repel James from the predator, and he did it just in time.

Despite the terrible attack, the man did not lose his leg.

James has already received medical attention, and the terrible story seems to be something far away, but the man is sincerely convinced that Darby is a real hero!