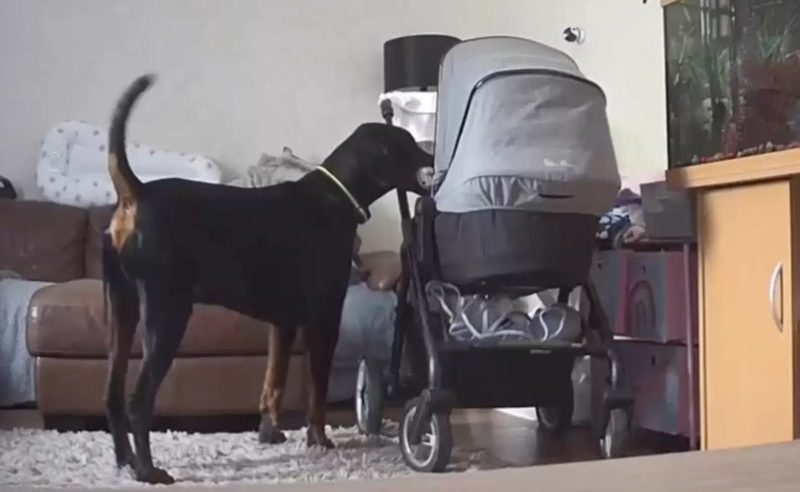 In early July, Nick Elliot became a father for the first time.

A few days after baby Macie, along with her mother Hayley, was ready to return home, where her curious “big brother” was waiting for her – a two-year-old Doberman Pinscher named Tommy. 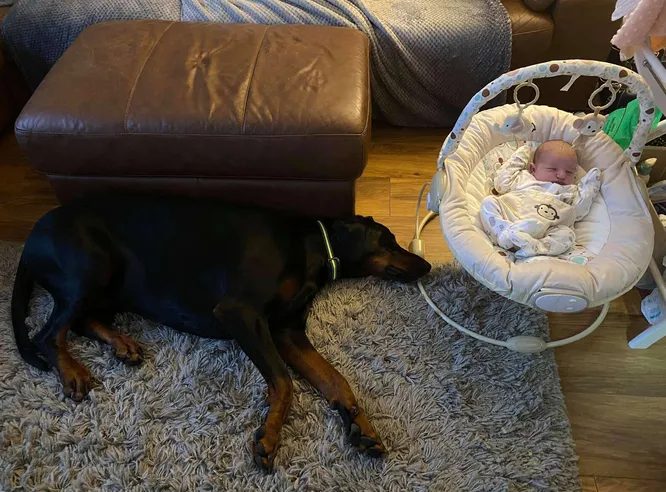 The couple were worried about how Tommy would perceive the appearance of a small child in the house.

But their fears turned out to be in vain. The Doberman, who has always been a good friend to the owners, gladly accepted a new family member.

According to Nick, Tommy has always been good with children. 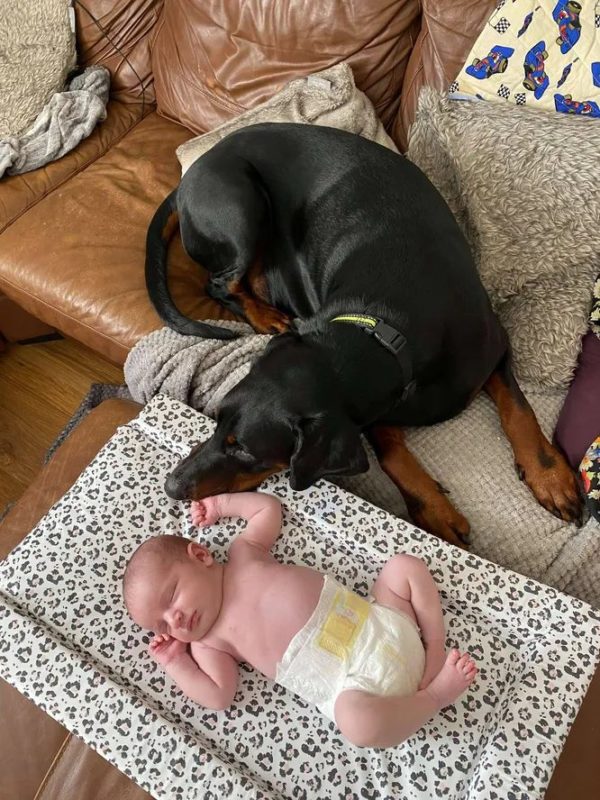 During family gatherings, he was always there, allowed the kids to stroke him and showed miracles of tolerance.

“He is naturally very gentle and caring. Tommy is the perfect nanny,” says Nick.

The Doberman was interested with little Macie from the first second. He sniffed at her clothes and sat beside her for a long time, carefully examining the girl.

After that, he was always somewhere nearby, showing that he was ready to protect the new family member from everyone and everything. 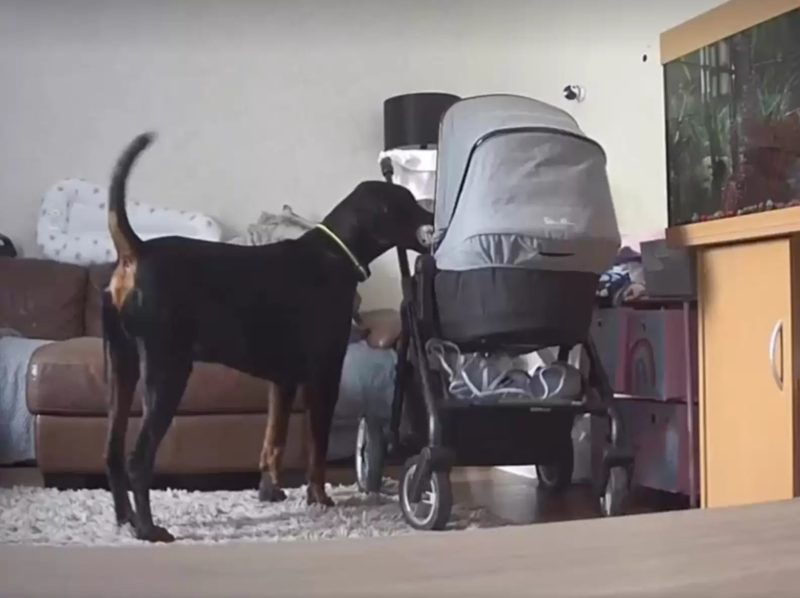 When she cried, he whimpered, pitying her.

And recently something unexpected happened.

A surveillance camera installed in one of the rooms spotted how gently and touchingly the dog takes care of the girl in the absence of adults.

He put it in her stroller and wagged his tail – like: “Look, he is very dear to me, maybe you will like him too?” 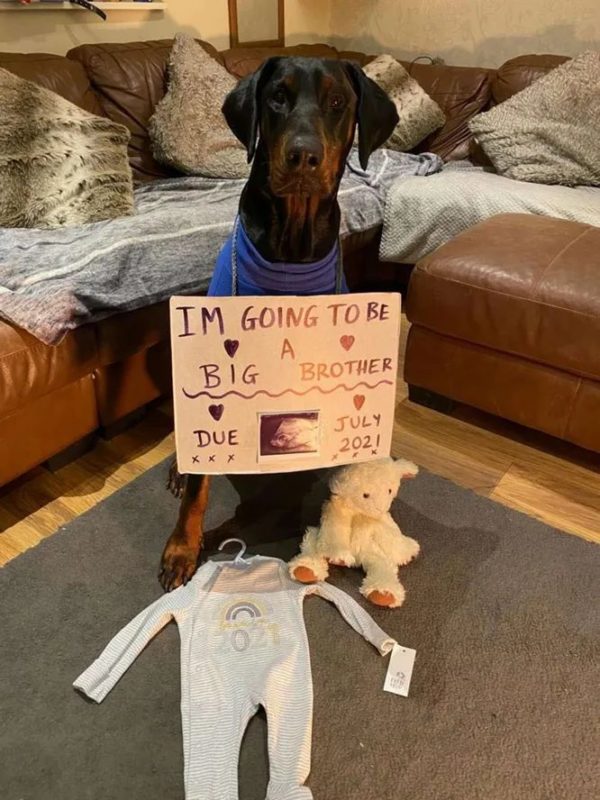 According to Nick and Hayley, the act of the dog moved them to tears.

They are pleased that Tommy shows such tender feelings for Macie. And they hope that when their daughter grows up, she and the dog will become best friends.

Huge dog is afraid of boxes, darkness and an old cat, and only his blanket can help him cope with fears
Animals
0 169

This man turned his farm into an animal shelter, which has not only dogs and cats, but also other animals in need
Animals
0 315

This good boy loves to recycle: Meet Chipper, the dog on a mission to pick up plastic
Animals
0 111
Our Top Posts