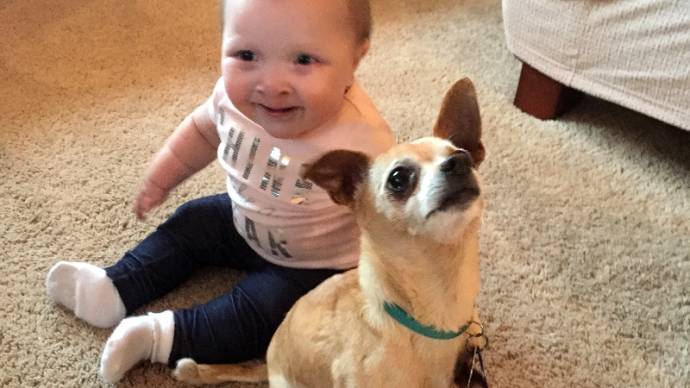 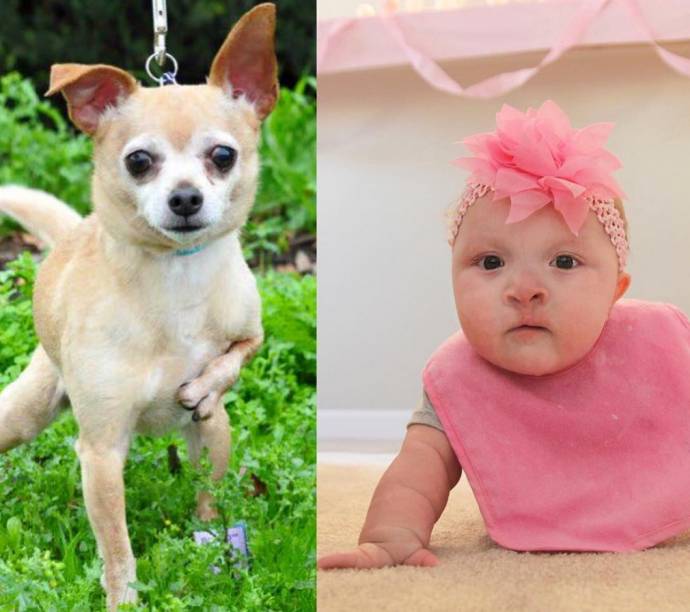 And Grace is a seven-month-old girl from Indiana with the same anomaly.

Grace’s parents made a special trip to the Umbrella of Hope shelter in California, where the Chihuahua Fleetwood Mac lived, and adopted the dog into their family. 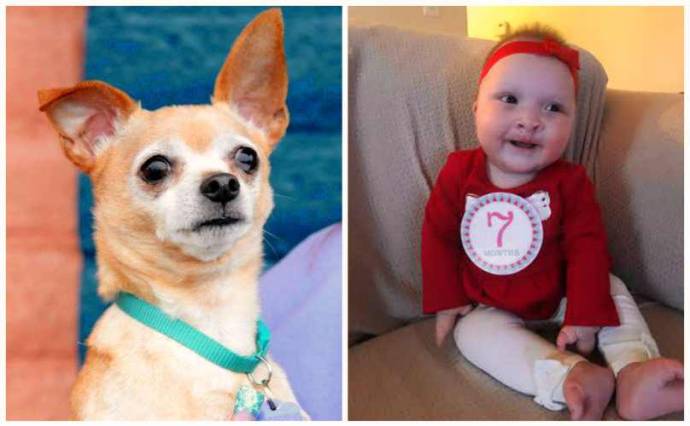 Ectrodactyly is a congenital malformation characterized by the absence or underdevelopment of one or more fingers and (or) feet. It can be combined with the absence of metacarpal and metatarsal bones; with a central location of the defect, a cleft is formed that divides the hand or foot into 2 parts (for example, a “claw-shaped hand”). 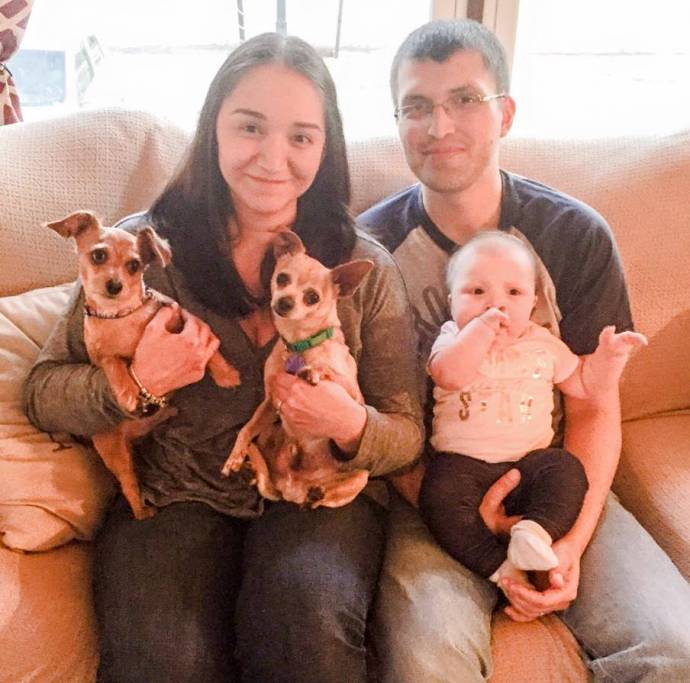 Earlier, in the same shelter, a family with a 12-year-old child with burn scars adopted a dog injured in a fire. And last year in Tennessee, a girl who was born without feet adopted the same dog.

And in Australia, the parents of a one-armed girl took a dog without one paw into their family.

Grace’s parents report that their daughter quickly fell in love with the new dog (they have another dog in their family, also a Chihuahua).

Grace has a claw-shaped anomaly in both arms and both legs, and Fleetwood Mac has one leg injured.

But neither one nor the other does not prevent both from playing together.

“Special girl with a special dog” – users write in the comments to this story.

Interesting News 0 4
An accident happened to the cat named Buttercup on a walk, as a result

Animals 0 36
In the UK, a dog has been awarded a medal for helping its owner,
Leave a Reply Cancel reply
Recent Posts