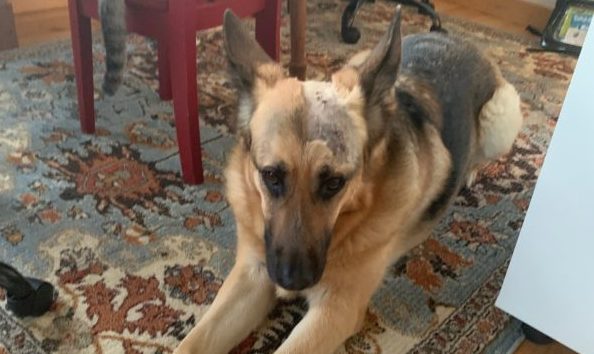 The Bates family from Alaska decided to spend a weekend in Kachemak Bay State Park.

But very soon this day turned into a nightmare when they met a large black bear on the way.

To scare away the predator, the parents covered their two children with themselves, and began to make loud noises.

But the hungry beast did not pay any attention to the noise and confidently moved towards the 12-year-old son of the Bates, Rockwell.

At some point, the 7-year-old German Shepherd Sally rushed to the defense of the owners.

She stood between the bear and the boy, ready to cover the teenager with her body.

According to Rockwell’s mom, Weatherly, everything happened very quickly. 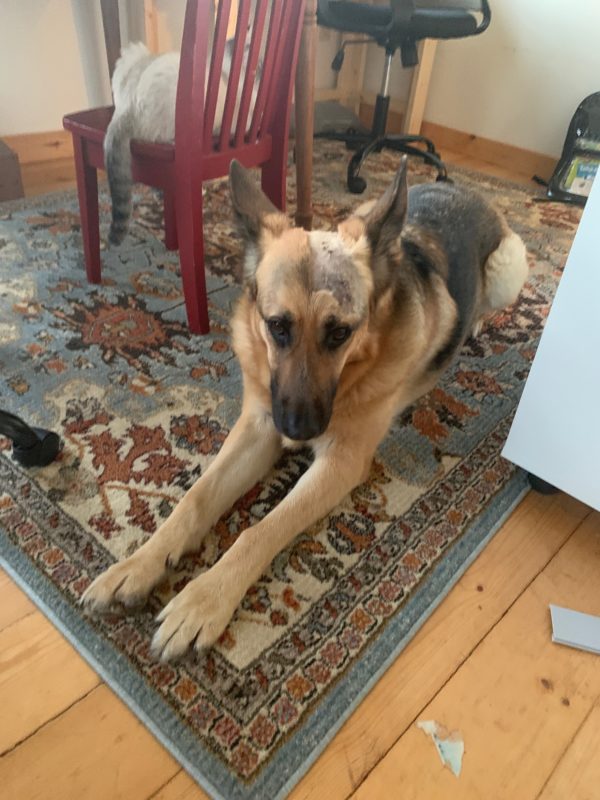 The predator bit the dog several times and then grabbed her head. Sally squealed, but then managed to break free and attack the bear.

Taking advantage of the moment, the head of the family – Greg Bates – took out a gun from his backpack and shot at the beast.

Sally was saved but badly injured.

The family immediately went to the veterinarian, who, after examination, said that the shepherd’s wounds were not deep, and everything would be fine with her.

“The doctor said that Sally had a very strong character,” recalls Weatherly Bates. “After all, she weighs only 36 kilograms, but she endured the pain of bear bites and continued to protect us.”

Despite everything that happened, the family believes that the bear is not to blame for anything.

Predators rarely go out to people, and this one, most likely, decided to attack because of severe hunger – in Alaska this year there was a poor harvest of wild berries and poor salmon spawning.

As experts who examined the corpse of the beast later confirmed, it was indeed very emaciated.

A woman with a genetic trait was able to develop into a successful model, overcoming insecurities
Interesting News
0 58

‘The most responsible kitten in the world’: 6-week-old kitten takes care of three newborns
Animals
0 143