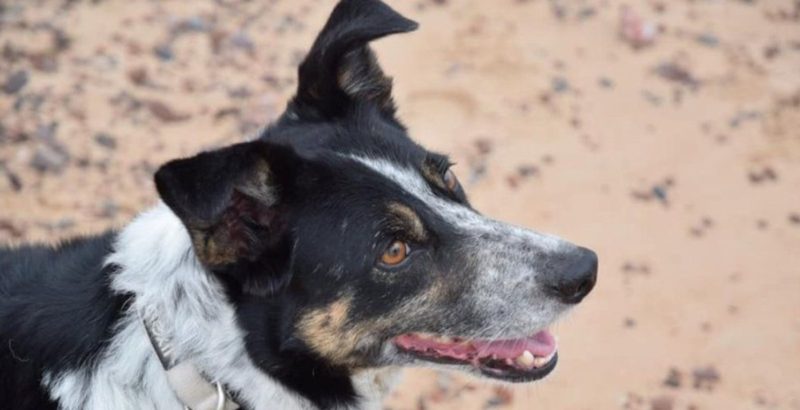 Peggy grew up on a farm.

From birth, she was trained as a sheepdog.

The dog was perfect at her job, and for her there was no greater joy than listening to the praise of the owners. 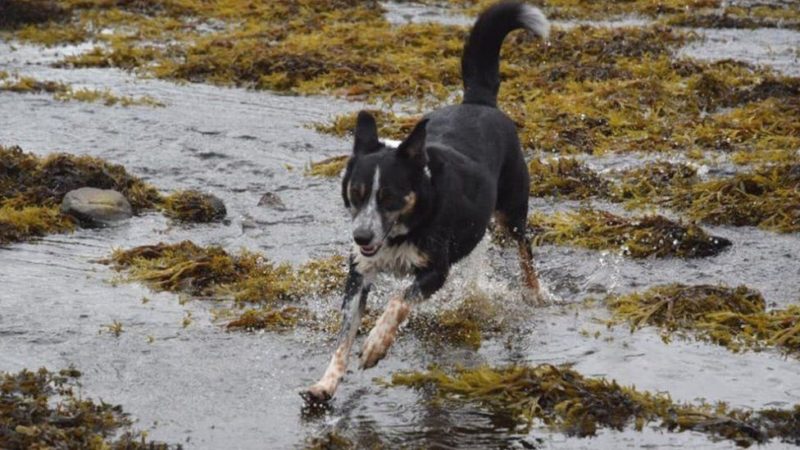 But at the age of eight, she became completely deaf.

The owners were sure that the dog became deaf because she began to age – and there was no way to help her.

Unfortunately, a sheepdog that can’t do its job doesn’t belong on a farm.

And the owners took Peggy to a shelter so that she would give way to a young sheepdog.

Christmas was approaching, and the shelter was full.

There was a real risk that the dog would be euthanized — an elderly deaf dog in a crowded shelter.

Chloe and her husband consulted and decided to take the dog for themselves – to the farm, where two other shepherd dogs already lived.

When Peggy saw the sheep, her eyes lit up, she brightened up – and the woman realized that the sheepdog would die out if she was not allowed to work.

The solution was found almost immediately: if the dog does not hear, then you need to teach her to understand sign language.

This shouldn’t have been a problem: sheepdogs are very smart and can be trained to perform the most incredible tricks.

“We knew that Peggy wanted to work, so we began the long process of teaching her how to work with sheep without relying on voice commands,” Chloe said.

The workouts were exhausting and difficult. Only positive reinforcement was used in the work so as not to push the smart dog away from the new channel of communication. 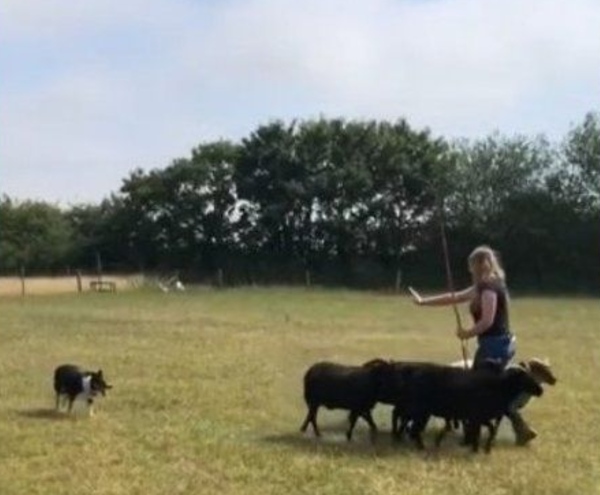 She was taught to understand the hand gestures and body language of the shepherd.

But the most difficult thing was to teach Peggy to regularly look at the trainer so that she could notice when she was given the next command.

“Now Peggy knows that a thumbs up means she’s a good girl.”

Shepherd did a great job with the training and was able to return to the business that brings her so much joy.

Of course, now Peggy is half-retired, she wears a GPS tracker around her neck, and she takes her flock out rarely and not far – the owner is afraid that the dog might get lost and not hear her name.

But the most important thing is not the benefit that the shepherd brings to Chloe and her husband.

The most important thing is that the dog is happy, because she knows that she is loved, that she is needed.