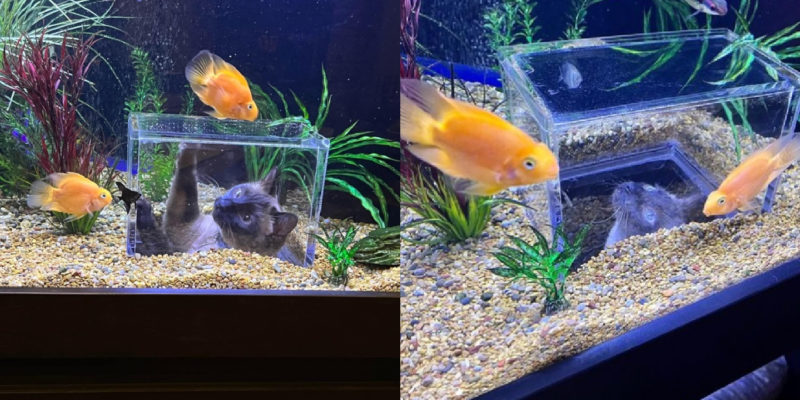 When cats and fish live in the same house, the fluffy ones are ready to sit around the aquarium for days on end, looking at the passing fish, and sometimes sticking their paws inside to play with silver beauties.

Everyone solves this issue in their own way. Some people block access to a room with an aquarium for cats, others decide to abandon the underwater kingdom so as not to provoke a furry friend. 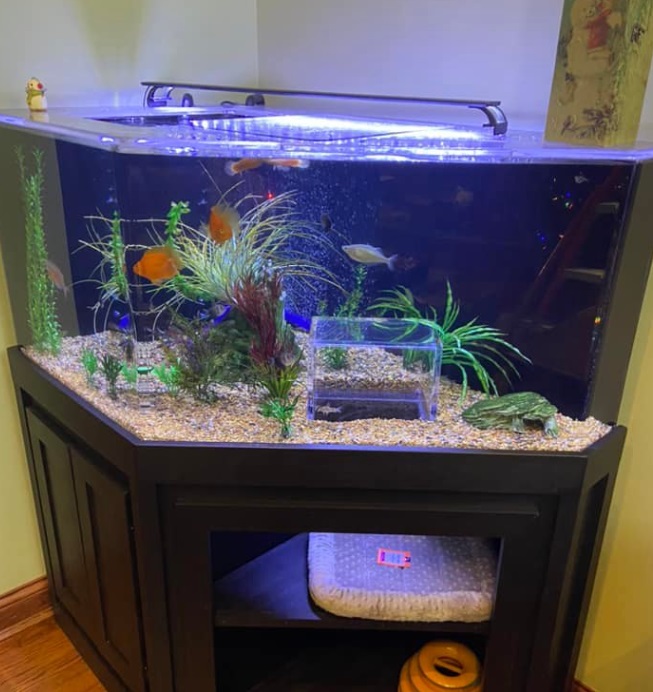 But there is also a healthy alternative. This owner decided to design an aquarium with a small window so that the cats could safely interact with the fish.

Melissa Krieger, a woman from Cincinnati, Ohio, USA, in her social media showed an original aquarium with a 360-degree underwater view, designed specifically for her cats.

It should be noted that the first aquarium she acquired was quite ordinary. But, after Melissa caught her cat trying to catch fish several times, she seriously thought about it. 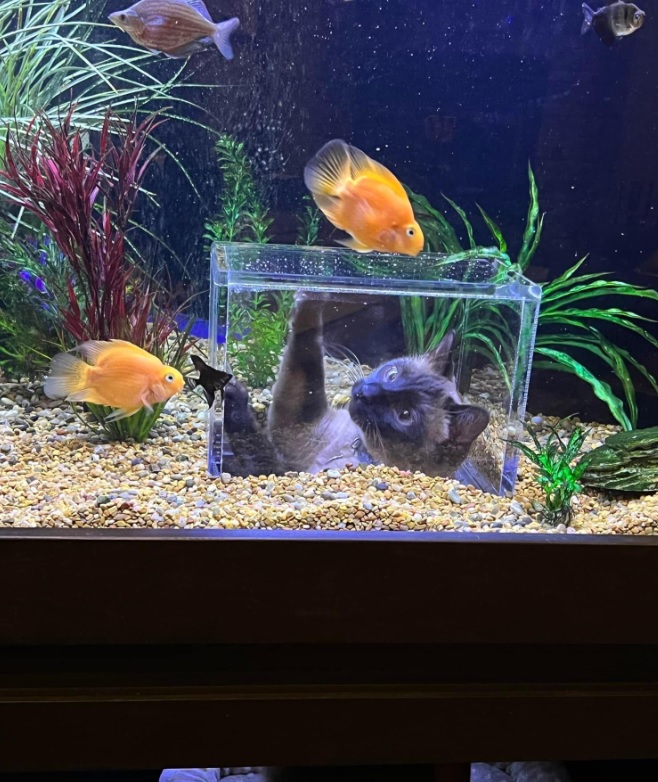 The woman decided to order an aquarium with a special niche where her cats could stick their heads and play with the fish without posing a danger to them.

It is worth noting that the woman has been engaged in aquarism relatively recently. In the first month, the animals simply spent time on a chair next to the aquarium. They sat and watched the fish from time to time. But soon the cat’s curiosity took over.

Melissa invited her friend, Jason, as he helped her many times with issues related to the aquarium and its underwater inhabitants.

They watched how actively the cats try to get to the fish, and Jason came up with a great idea. You can make a small niche inside the aquarium through which cats will be interested in underwater life. Both thought it was a good idea, so Jason set to work.

He sketched the design, drew up a budget, coordinated it with Melissa and brought it to life.

In addition to the cat Jasper, who was the first to try to fish in the aquarium, the woman also has Willow the cat (Jasper’s sister), Indigo and Cobalt – two Russian blue cats – and two dogs. Through her social media, the woman shares photos in which cats climb under the bottom of the aquarium and watch the fish swim as if nothing had happened. 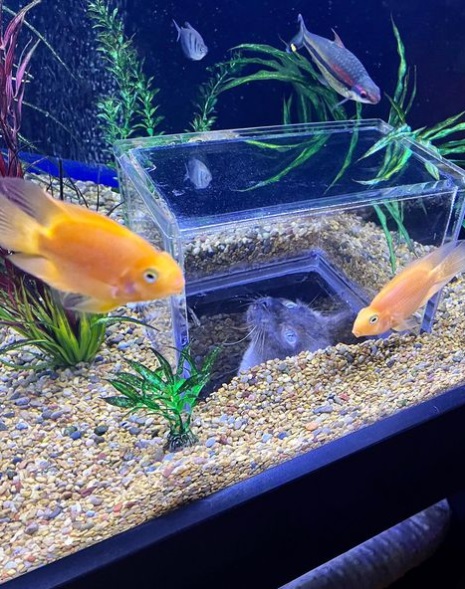 This shot shows Jasper looking out of a special window under the aquarium. From this angle, he can see all the fish that swim around and even play with them. Willow, another of Melissa’s kitties, also likes to watch the fish, so they take turns in the niche.

While the owners are not at home, their dog steals bread, hides it, but does not even eat a piece
Animals
0 371