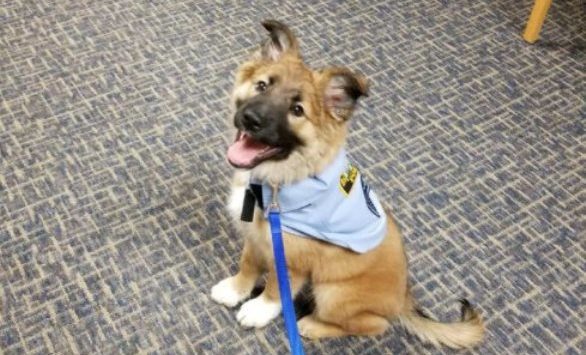 In one of the police stations in St. Paul, Minnesota, a new officer named Officer Fuzz has appeared.

Fuzz was one of the puppies of a stray dog ​​that gave birth on a small farm. 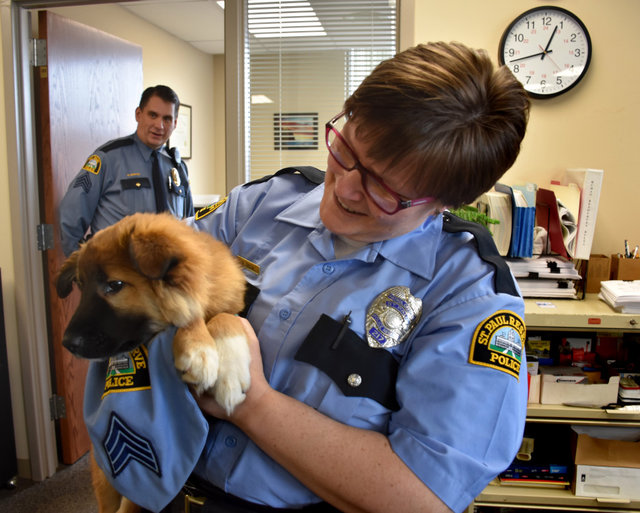 The farmer called the police to take the dog and her cubs away from his property.

The dog and puppies were taken to a shelter. But one of the puppies stayed with Officer Kathryn Smith.

When Fuzz was 5 months old, Kathryn started bringing him to the police station. 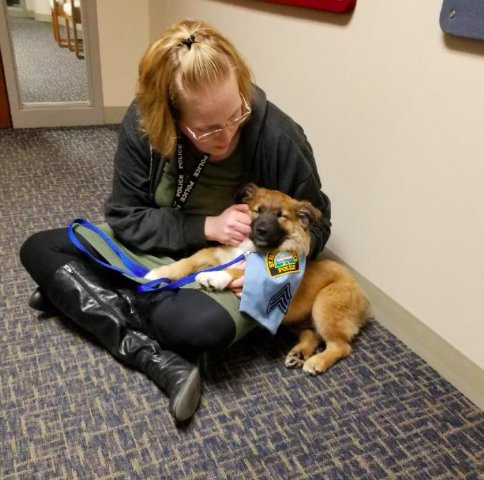 “Our boss used to bring his dog Stella here on Fridays, and then we thought it would be nice to have our own district dog,” says officer John Lozoya, “and Fuzz instantly became everyone’s favorite.”

Police officers often meet to work with stressful situations, and very quickly they realized that talking with a puppy helps them relax and come to their senses.

During his shift, Fuzz plays ball, relaxes, walks around the office and, of course, hugs and communicates with employees. 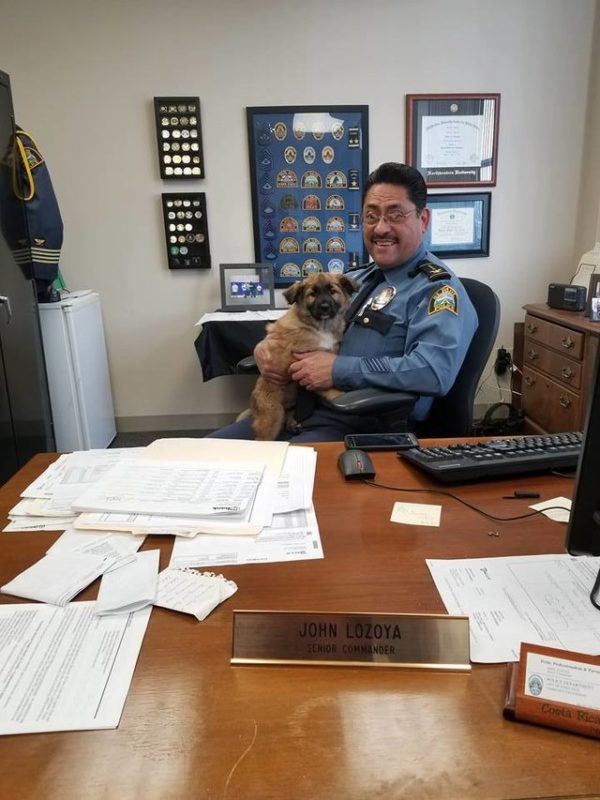 “He is very gentle, affectionate and loves to be stroked. If he sits down somewhere or lies down, he asks to be approached and stroked.” 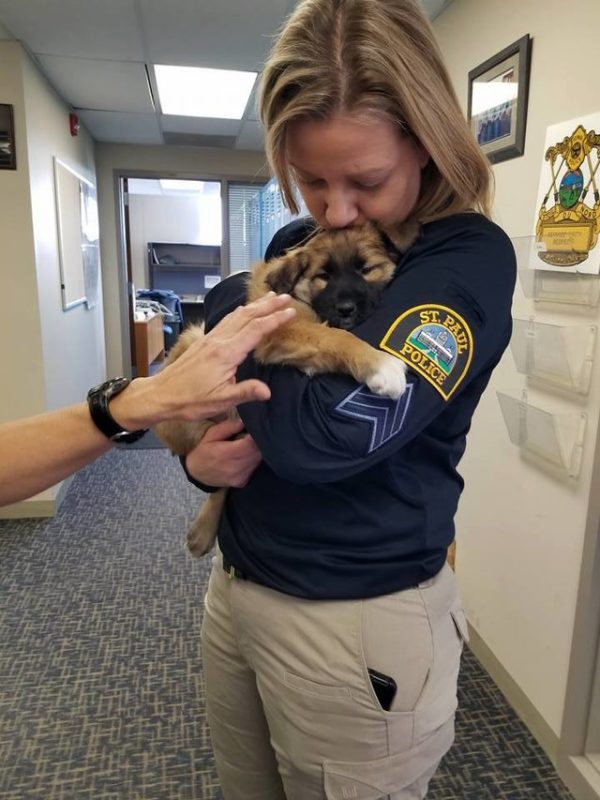 When Fuzz grows up, they plan to turn him into a certified therapy dog, that is, a dog that takes part in an animal therapy or canistherapy program: treating people through communication with animals, in this case dogs.

Interesting News 0 7
People meet, people fall in love, get married… Then, when they have children, life

Photographer was shooting the beauty of the lake, when he suddenly saw mother duck with 76 ducklings in tow
Interesting News
0 223

After three long years, an elderly dog lost back in 2017 is back home to her loving family
Interesting News
0 747

Meet Richie, an exceptional Main Coon that seems to be wearing an extra fur coat that makes him look like a lemur
Animals
0 1634