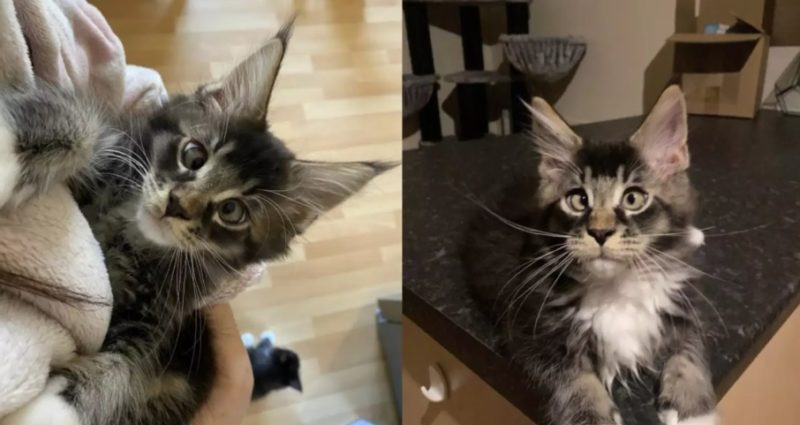 Maine Coon breeder from Hillsborough (UK) named Rebecca Hardy was very happy when her cat Marie gave birth to seven kittens at once. 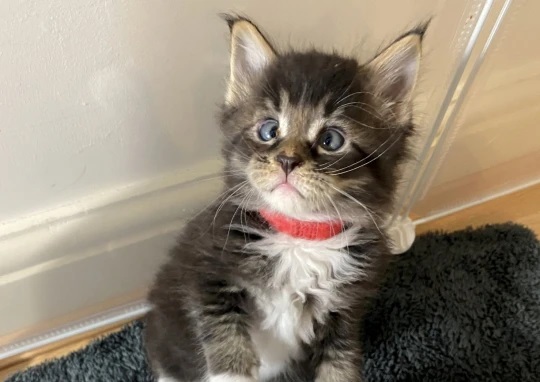 As soon as the babies began to open their eyes, the woman noticed that everyone had convergent squint (a condition where their pupils turned towards the nose).

But over time, as their extraocular muscles got stronger, the strabismus disappeared in all but one, a kitten named Red. 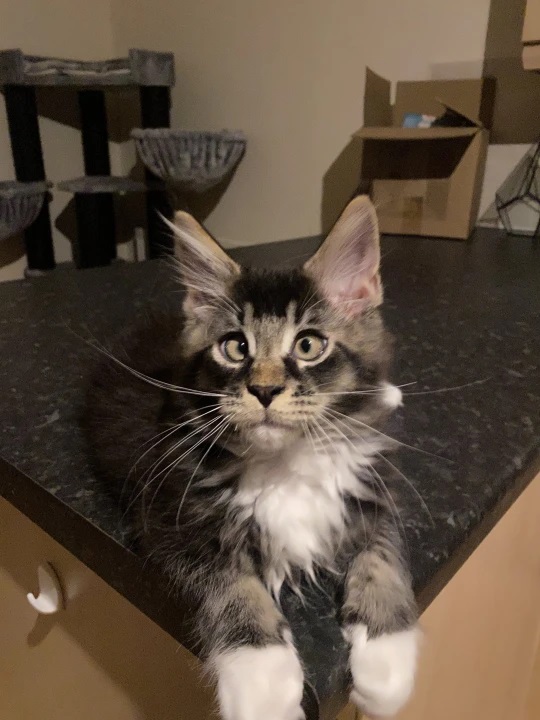 “It wasn’t until about the sixth or seventh week that we realized that Red’s eyes hadn’t straightened out, while all the other kittens had them around the fourth week.” Rebecca says.

Despite the defect, which is likely to remain with Red forever, he lives a happy life and always feels great.

“Sometimes Red is a bit slower than the other kittens, especially when playing, but he doesn’t care at all. He just has incredible self-confidence for a cross-eyed cat.” Rebecca says. 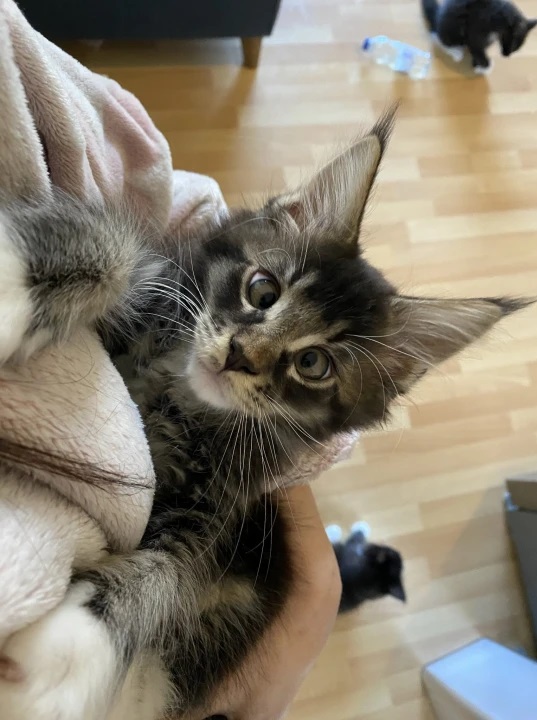 When Rebecca posted photos of Red on social media, he had thousands of fans who would gladly take him in. 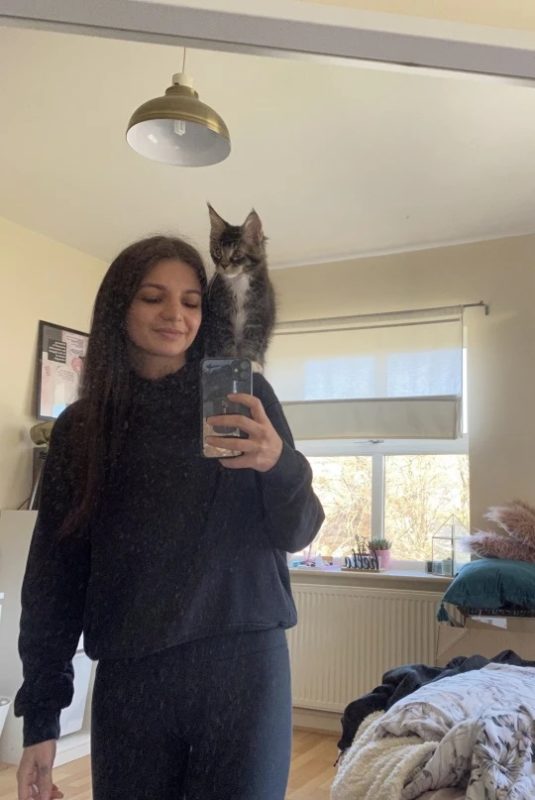 Therefore, it is not at all surprising that an unusual kitten was the first among brothers and sisters to go to a new home and now daily pleases its owners with a cheerful disposition and funny antics.

After 4 years of living on the streets, pit bull Gucci is reunited with her family
Interesting News
0 152