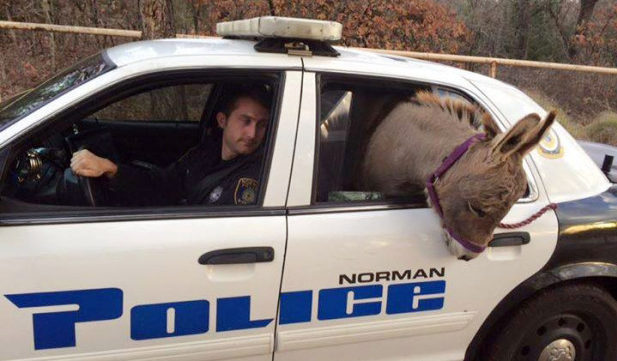 Oklahoma City law enforcement officers dragged the animal into a state car to take it to its owner.

Officer Kyle Canaan received a signal that a donkey was walking along the road without an owner.

Then the policeman had to go to the rescue of a frightened animal. 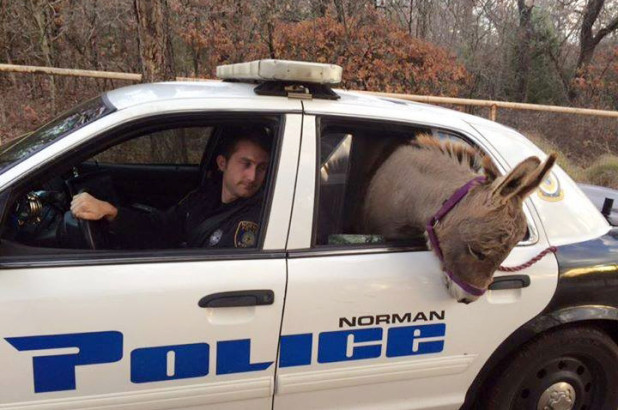 The representative of the authorities did not think of anything better than how to drag the donkey into the car in order to save him from wild animals and other cars.

The animal somehow fit into the vehicle, sticking its face out the window.

Eyewitnesses could not resist and photographed a funny picture.

The picture was published on Facebook. And thousands of Internet users “liked” a picture with an “arrested” donkey in a day.

Everyone wondered how the police dragged the animal inside. 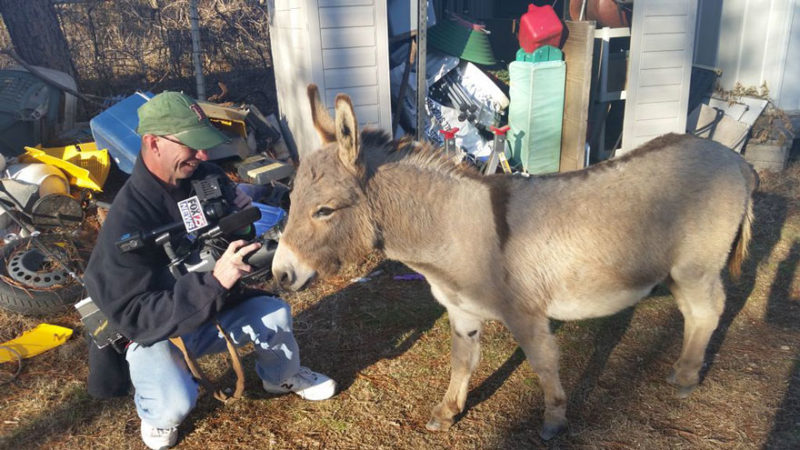 As it turned out later, Kyle Canaan lured the donkey with a bag of food.

“I thought I would take the donkey without incident, but after a few minutes he began to scream loudly and throw things in the back seat of my car. As a result, there was real chaos in my car,” – the police officer admitted to The Daily Star.

According to the Oklahoma City Police Department, where a kind cop works, the donkey was delivered to his owner’s home safe and sound.

Also, the leadership of officer Kyle Canaan noted that they encounter such unusual cases almost every day.

Kind woman Nicola Coyle opens canine hospice for lonely old dogs where they can spend the last days of their lives in peace, love and harmony
Animals
0 680