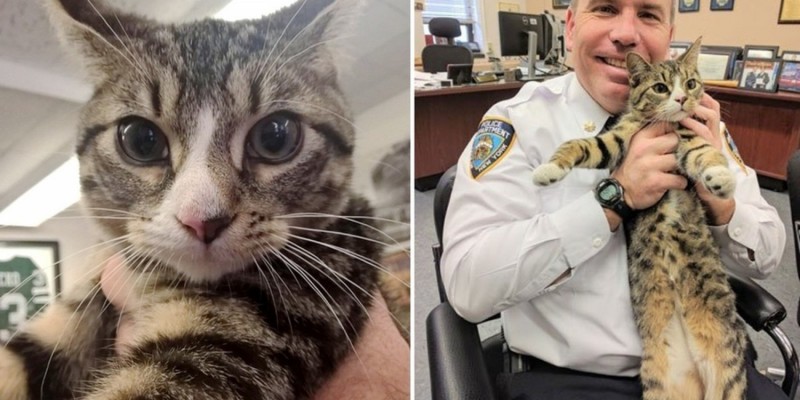 American police adopted a stray kitten, who in a few months became a real cop.

A cat named Martin catches mice on the site, helps with the leftovers on the table, and also cheers everyone up during the whole busy day. Some time ago, Brooklyn police found a stray kitten near their station.

They managed to persuade the boss to let the animal stay in their department.

Since then, a 6-month-old cat named Martin has become the mascot of the Coney Island cops.

The cops set up a whole corner for him.

Every week they appoint an attendant who cleans up after Martin and feeds him.

But most importantly, the cat responds with endless gratitude, raising the mood of everyone around. 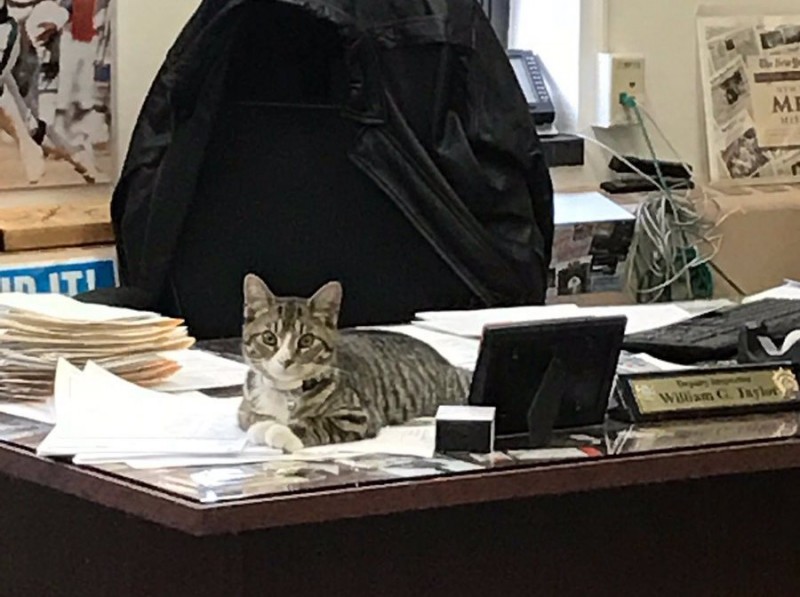 – He is like a dog: it is enough to call him, and he immediately comes running. I don’t think Martin even realizes he’s a cat. There is not a single person in the precinct who does not adore this little guy.

Kitten carries her favorite toy, which was always with her during the recovery, everywhere she goes
Animals
0 155

As soon as the cat realized that the dog was sick, he immediately began to care for him.
Animals
0 150

Meet Nyankichi, the most photogenic cat who has melted hearts all around the world
Animals
0 77