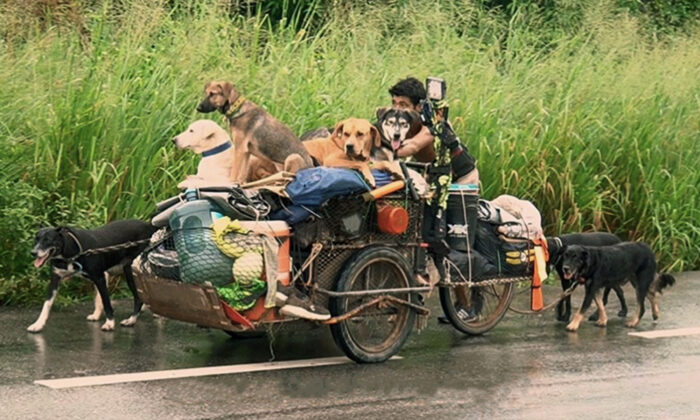 Over the past 6 years, Edgardo Perros has saved about 500 stray dogs. He met all of them during his travels along the Mexican border. 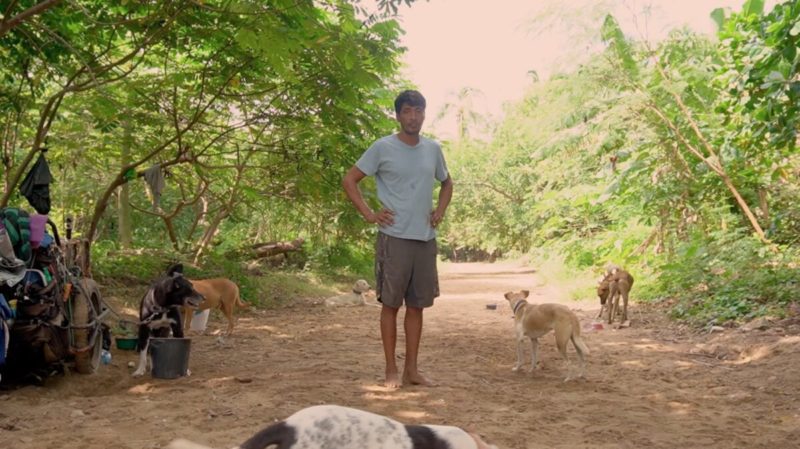 If you ever manage to meet 49-year-old Edgardo, you will understand from afar that it is him.

It is a very strange sight: a man pushing a trolley along the side of the road, from above, in front, behind and on the sides of which there are only dogs.

6 years ago, he began his journey along the Mexican border, in which he helps everyone who needs it. However, the dogs were more fortunate. 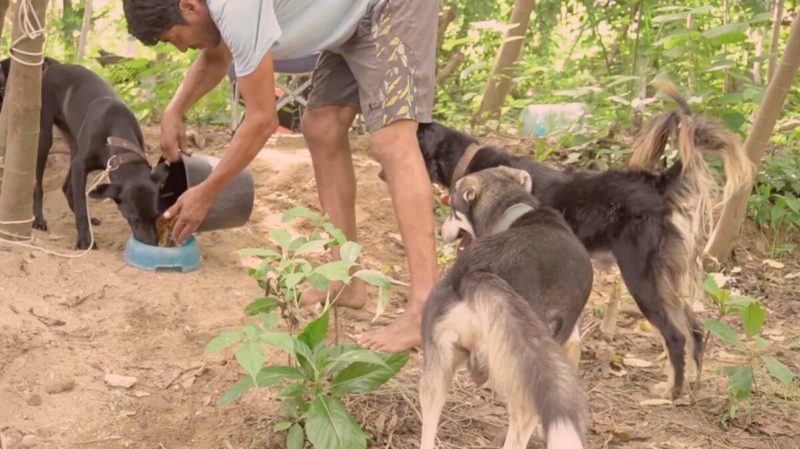 “Nobody helps stray dogs living on the roads. I see their pain. I think that in such a situation, everyone, no matter whether a person or a dog, needs company and a little love”.

During his trip, the man rescued and successfully accommodated about 500 sick and wounded dogs.

However, on his way there were those who were too late to save. Edgardo’s mercy is enough for them too – the man stays with the dying until the last minute.

“The fact that there are dogs beaten, offended or abandoned by their owners doesn’t hurt me so much. What hurts the most is that there are people who are capable of it”.

Most of Edgardo’s dogs are only temporary companions. However, there are those who travel with him for years. 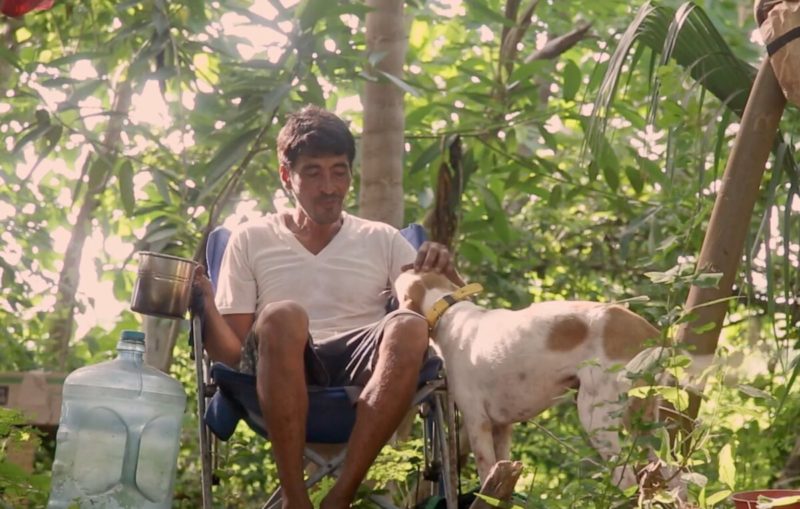 Behind the wanderer is already about 9 thousand miles along the Mexican border and there is still 900 miles ahead. But he already knew what he would do when he reached his goal.

“I can’t live just talking about how I once traveled to Mexico and helped dogs. Now I will always work with them.”

Edgardo shares the news from his trip on his Facebook page.

He is followed by thousands of users from all over the world inspired by his dedication.

They support the wanderer and donate funds to help Perros save as many dogs as possible.

This man single-handedly caught an alligator in a trash can and saved his neighbor, becoming a hero
Interesting News
0 59

The man cured the owl, but then left: when he returned, the bird flew to him and hugged him
Animals
0 347