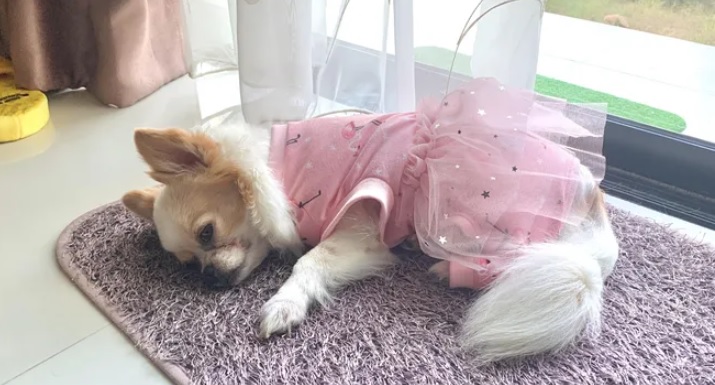 She is waiting for a small white truck to emerge from around the corner: they met the man who is driving a few months ago – and the chihuahua fell in love at first sight. 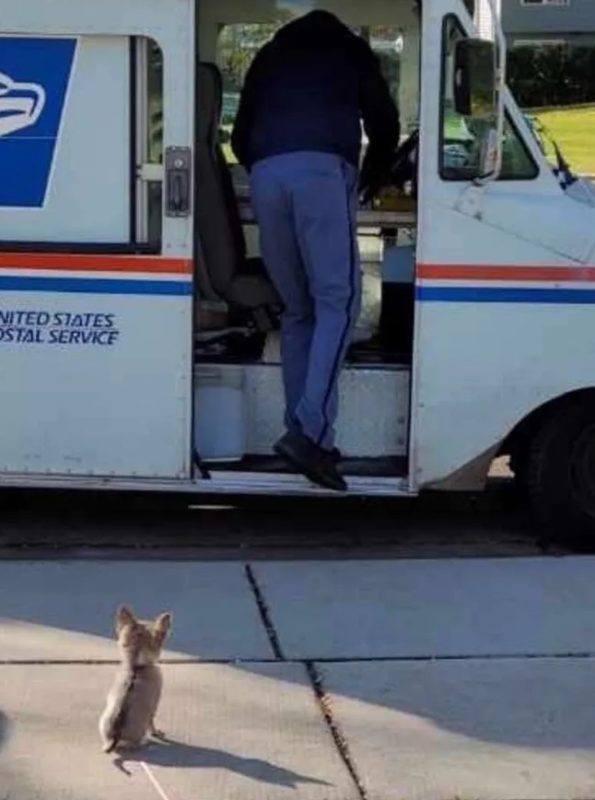 Chapters of books have been written about the mutual dislike of dogs and postmen, cartoons have been made. A small dog or a big one – everyone is sure that they must protect their territory from outsiders. And who is this, if not such an outsider: a man with a huge bag who visits you every day. But Franny is not like that.

Every morning after breakfast, the little dog goes to the door and takes up her observation post by the glass. She waits for a white truck to come around the corner and drive to their dead end. 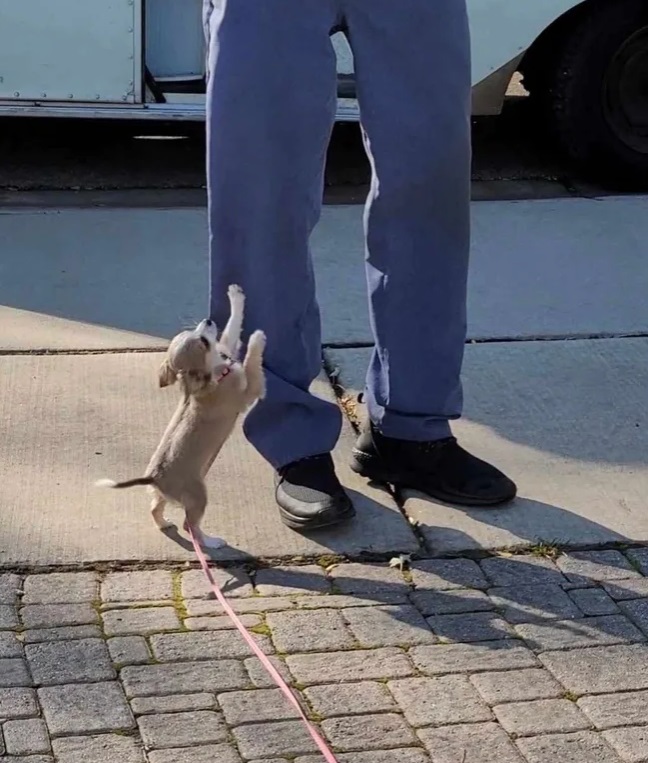 As soon as Franny notices that very car, she doesn’t just wag her tail – she literally trembles with excitement.

But the six-month-old Chihuahua does not expect letters from anyone, she does not care about bills and postcards, although she would be glad if her owner subscribed to a daily newspaper.

It’s all about the postman, whom the puppy simply adores. Franny met him on the second day in the new house, and the man struck her in the heart. It was love at first sight. 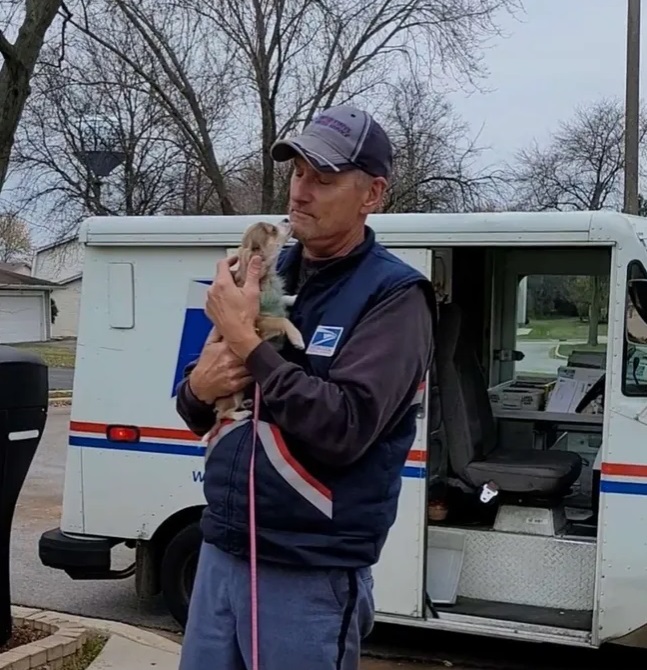 On that fateful day, the owner went out to fetch the mail, holding Franny in her arms. She exchanged a few words with Dan, the postman, who spotted the puppy.

Does he want to hold the baby? Oh, sure! Dan took Franny in his arms and his voice and expression immediately changed.

The man lisped and grimaced at the puppy, even letting Franny lick his face. Chihuahua was so imbued with what happened that she decided: this is how it should be every day.

Dan is the kindest postman and the whole neighborhood adores him, but Franny’s attitude is something special.

Every day, the dog on her couch near the door waits for the arrival of the truck, and when he hears the sound of the engine, she begins to tremble and, with a low squeal, lets the owner know that the time has already come.

Then the woman very quickly fumbles for her shoes, puts a leash on Franny and opens the door, allowing her to rush at the speed of light to the main person of her life.

The dog suffered from an anxiety disorder but with the advent of the kittens in the house, the situation has changed dramatically
Animals
0 267

Meet Miss Bones, the dog who can’t get enough of her favorite “chair”
Positive
0 130

During the concert, Pink saw a poster in the crowd of fans and stopped the performance: everyone was crying
Interesting News 0 617