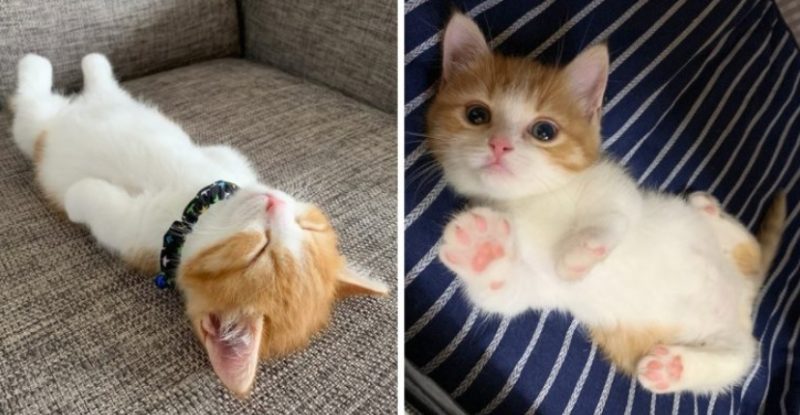 A cat from Japan has won the love of netizens thanks to his unusual sleeping positions. 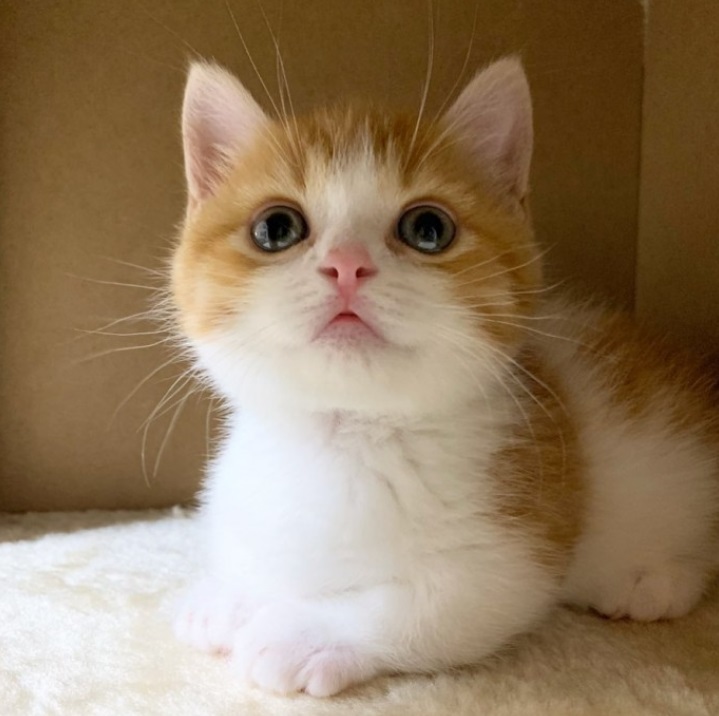 The little fluffy sleeps so sweetly that you will never, under any circumstances, dare to disturb his peace. Even if the fate of humanity depends on it.

Chata is a cute little munchkin who was born quite recently. But this did not stop him from mastering the art of charm, which works flawlessly. 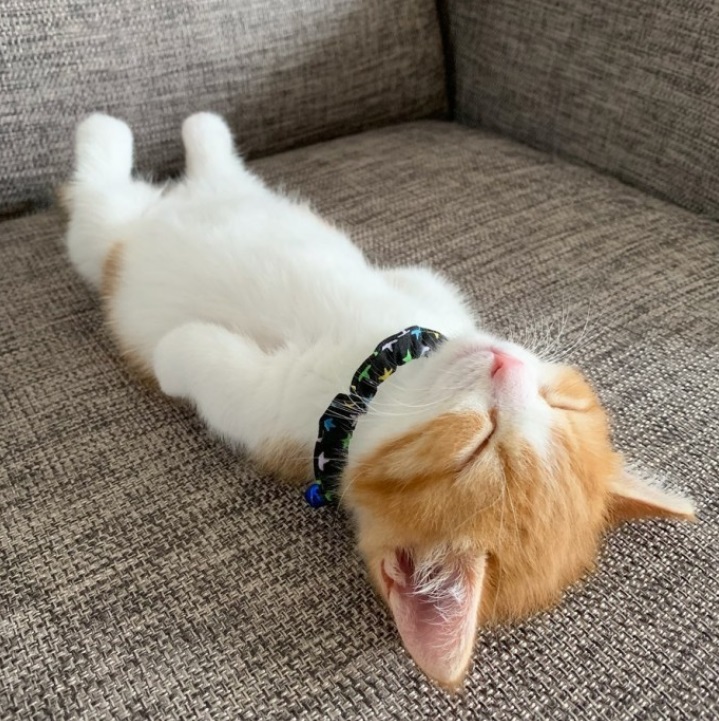 The cat, like his relatives, loves to sleep on a soft sofa. But he does it so sweetly that hardly anyone would dare to wake him up.

What makes Chata’s sleep especially cute is his tiny legs, which are so small that they don’t have enough weight to fall on the side. Instead, he presses them to the body, thereby increasing the degree of cuteness to record values.

Judging by the blissful smile that spreads over the face of a small cat, one can understand that he has the best cat dreams. And in them, he probably runs after an endless ball of thread, and then his belly is scratched. 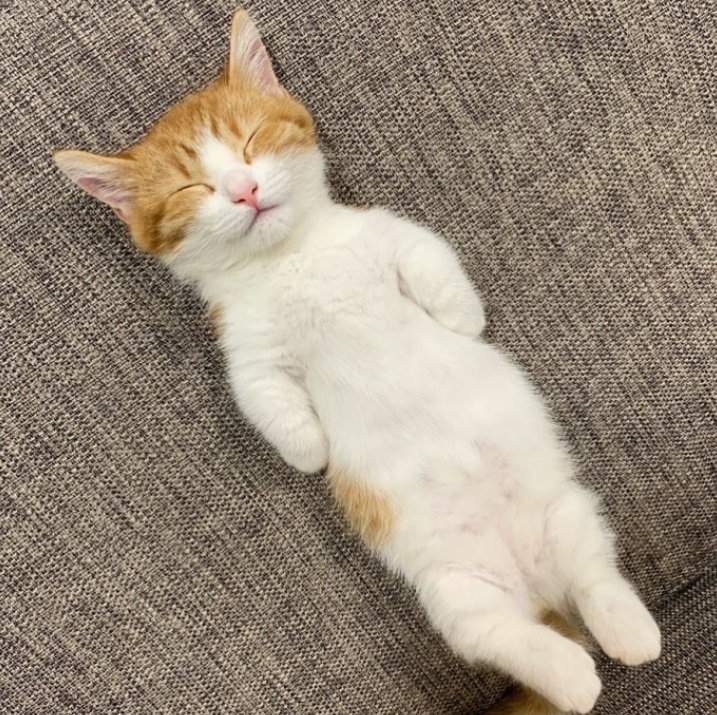 By the way, Chata is an active Instagram user. He has his own account, in which the owner of the cat often posts photos of his pets.

The real Instagram star will always be able to choose a pose that will bring as many likes as possible. And Chata knows all about it.

Meet Constable Sam, the lamb who fell off a truck and landed a better life
Animals
0 125

Unusual friendship: the leopard visits the cow every night and lies down next to her
Animals
0 242