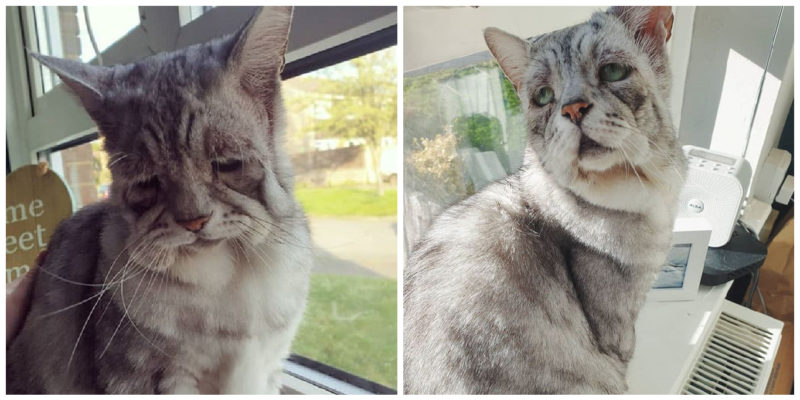 When Georgina and Christopher adopted their first cat, Herbie, they knew he didn’t have much left: the cat was 16. 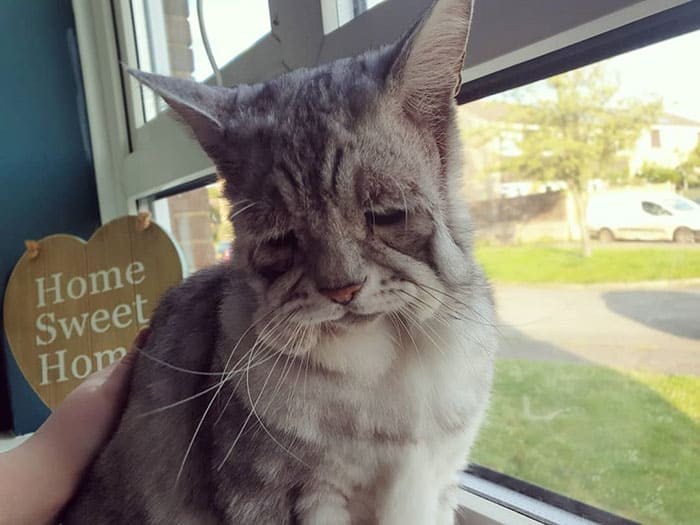 When Herbie died, the couple were inconsolable, but they firmly decided that they were ready to give their care to another animal – the one everyone had abandoned.

Georgina said that they watched only those animals that had about six months left to spend in the shelter, then they were waiting for euthanasia.

“We decided from the beginning that we would be looking for someone special who has a harder time finding a home.” 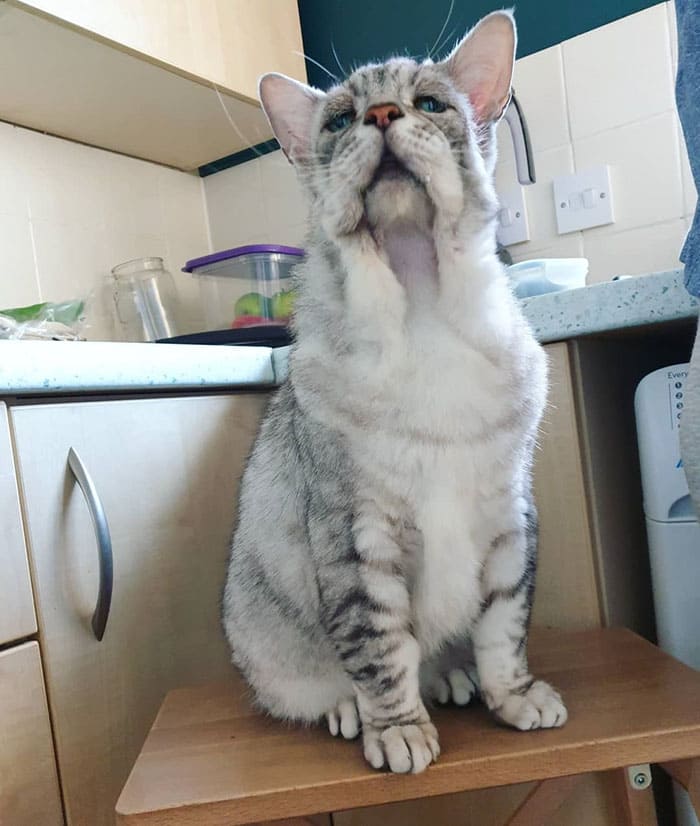 And then they caught sight of Toby and Quinton. Quinton is a seven-year-old fluffy black and white cat, completely toothless.

And Toby was six, and he had… a lot of skin. It hung around his muzzle, hung from his belly and even from his paws.

The shelter’s website stated that the couple was inseparable and that the shelter staff really wanted the cats to be taken together.

Toby has a lot of stretched skin that hangs in folds all over his body. 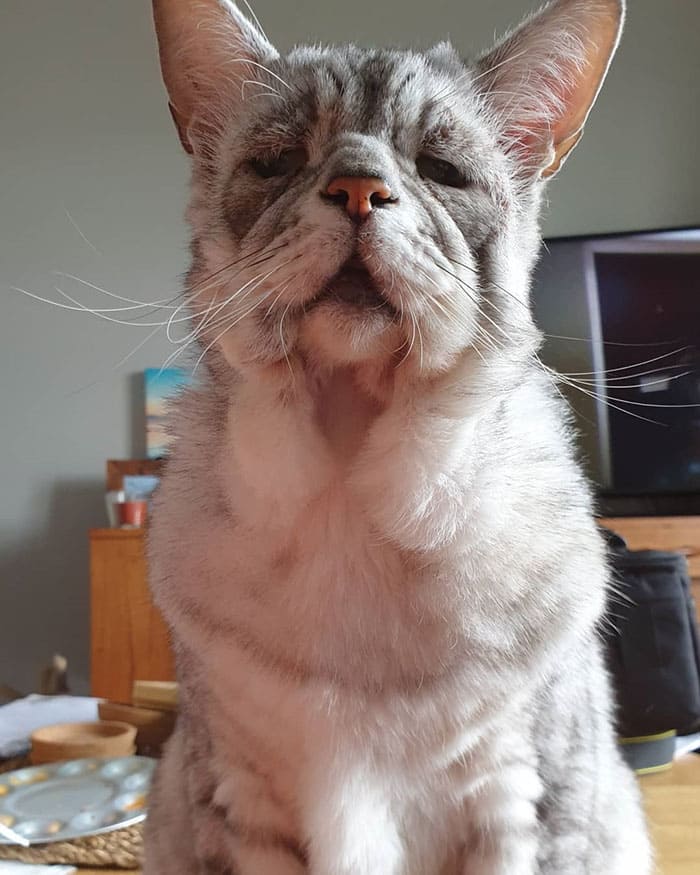 When Georgina and Christopher came to visit the cats at the shelter, it turned out that the animals lived in a separate compartment – they were too scared to contact other cats.

The couple managed to pet Quinton, but Toby didn’t give in to them – he was afraid.

But this did not change their decision, the couple was still confident that they were able to take care of the cats.

It took Toby and Quinton a while to adjust to their new home. 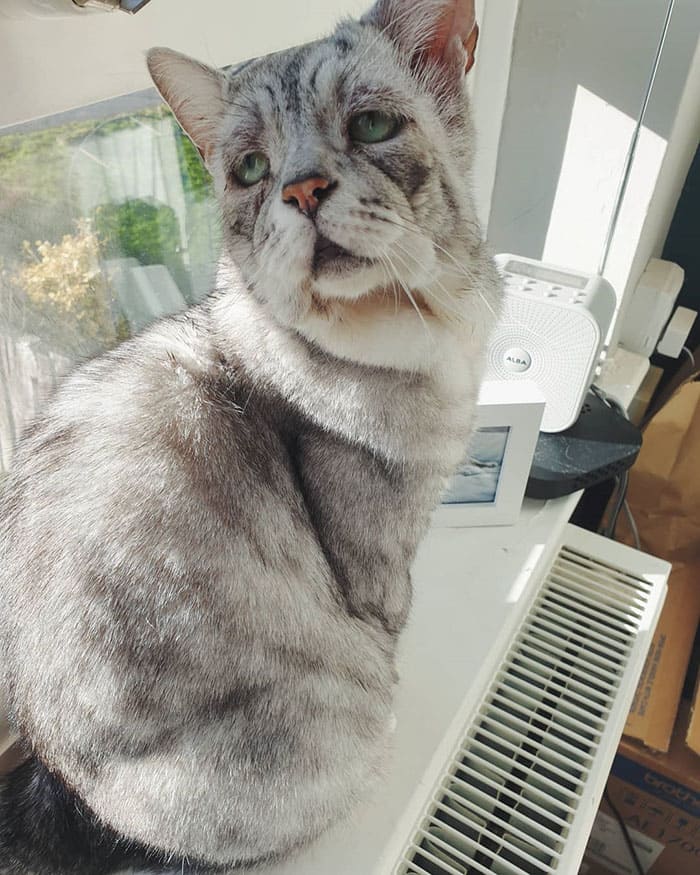 The cats spent several weeks under the bed, but gradually got used to it.

“Now they know they own the place, they do whatever they want, and they get really mad if the lights are on while they are sleeping.”

The delicate condition of Toby’s skin requires increased attention: the cat can hurt himself, even when he just licks himself or plays with Quinton.

Due to illness, Toby’s belly hangs “to the knees”, so Christopher and Georgina have to make sure that he does not gain excess weight. 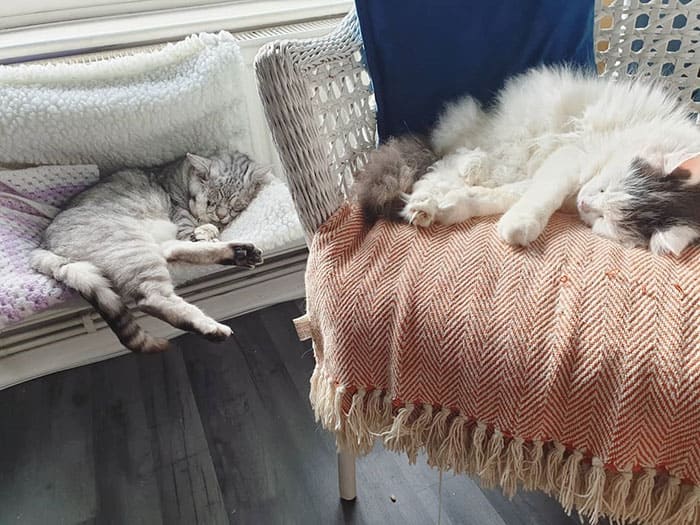 Georgina and Christopher consider themselves lucky because, for the most part, Toby’s condition is easy to manage.

“We forbid him to scratch aggressively, cut his claws so that he does not harm himself, the cat at these moments seems to say: “Leave me alone, I can take care of myself.””

He has to look for Quinton to help him clean himself up.

But even with such a rare disease, he is the most ordinary cat: he loves to look at birds, play with a ball and when his belly is scratched.

People are used to adopting beautiful and healthy cats from shelters.

Unfortunately, old and weak creatures are less likely to find a new home.