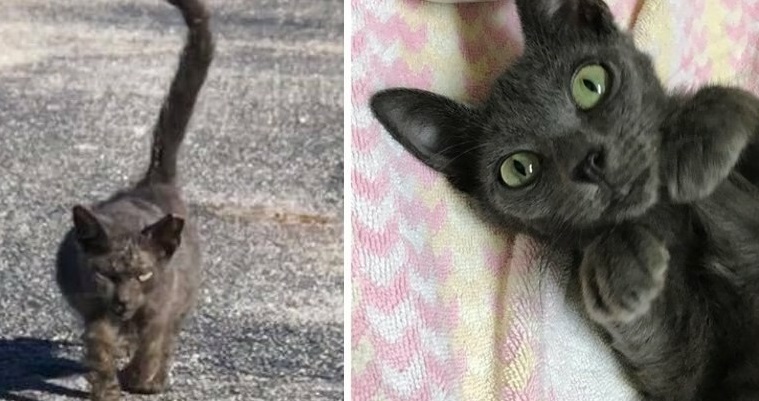 Carmen Weinberg is the head of the Animal Friends Project, a private society that helps animals. One day she went to a trailer park in Florida, where there are many street cats walking in groups.

The woman took the medicine with her and drove to the trailer park to help a local cat. Then she accidentally noticed a gray cat sitting motionless on the side of the road. 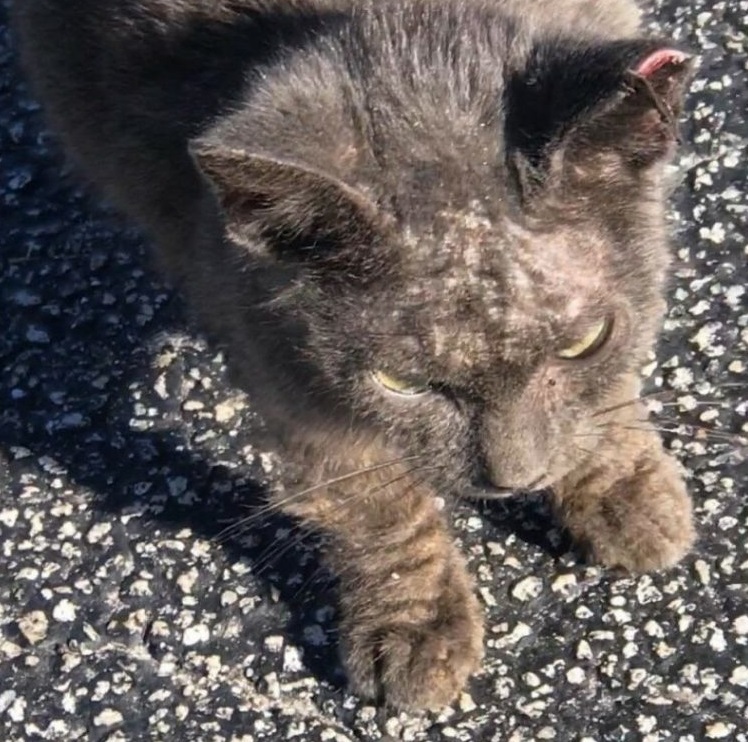 Carmen drove up to the cat, got out of the car with a jar of treats and began to call her. The cat finally moved and approached the girl.

The appearance of the cat was deplorable: the face and limbs were covered with a hard crust formed from scabies, the stomach was swollen, and the expression on the face was exhausted and dissatisfied.

At first, Carmen thought that the cat was going to become a mother. But then she noticed the scar left after the neutering. This meant that the poor cat’s belly was enlarged by illnеss or parasites.

Carmen took the cat home without hesitation, since it was obvious that she would not survive on the street. The gray ward was named Angel.

The girl posted an ad about the found pet on Facebook and started treating her. She did not rule out that the cat was once a domestic one.

Angel’s fur was covered with ticks and fleas, and doctors found whole balls of worms in her stomach.

The new owner washed the cat, carefully treated her fur for fleas and ear mites, and also gave her a special medicine for worms. Now the cat was no longer starving, but was eating a wholesome, healthy meal. 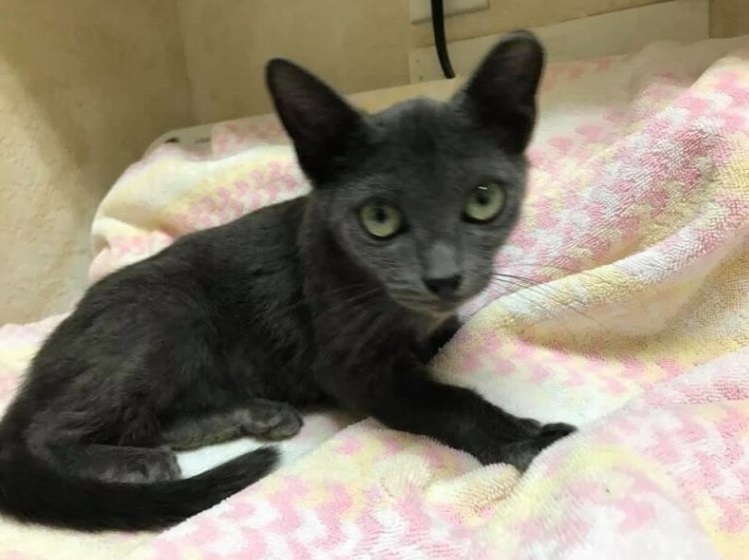 Angel obediently endured all medical procedures, behaved calmly and friendly, and did not even resist during the bath.

Then a period of rehabilitation awaited her.

The cat gradually got rid of the crust formed due to scabies. Her eyes became clear and large, and her coat was well-groomed and smooth.

Thanks to the medicines, the bloating of the abdomen completely disappeared.

Within a month, Angel completely transformed. The gray beauty looks great now. She shows affection and gratitude to her savior. 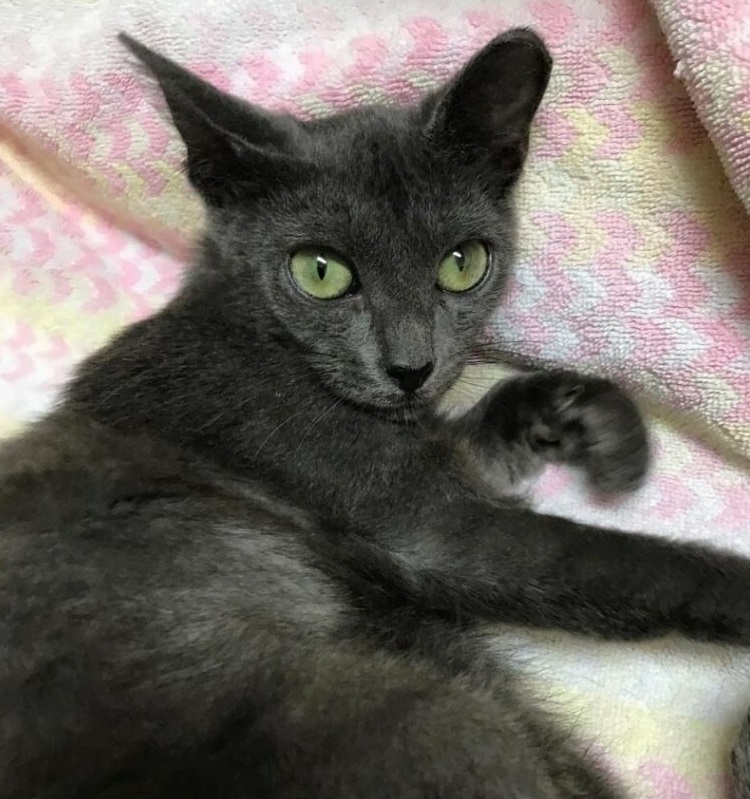 The recovered cat was temporarily taken in by a volunteer named Vera Brazo. Now Angel is in foster care in the department of cats who are waiting for adoption.

Carmen and other volunteers really hope that the fluffy beauty will soon get a cozy home and loving owners.

Husband, secretly from his wife, was digging a tunnel from the bedroom for 15 years: she found out by chance
Interesting News
0 253

After her husband’s death, the old woman has no greater joy than the dog that helped her survive the grief
Animals
0 185