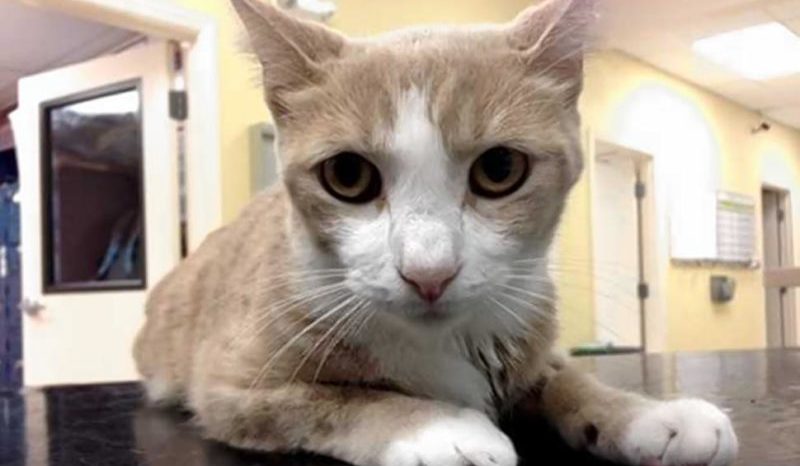 An accident happened to the cat named Buttercup on a walk, as a result of which he received serious injuries.

The animal was bleeding, but the life-loving cat did not want to die and still got home. 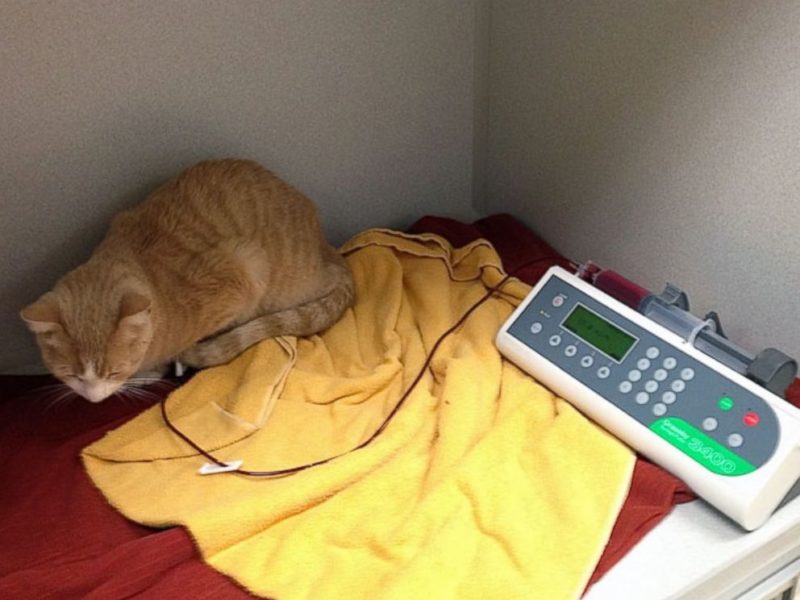 As his owner, Ernie Saunders, said, when his beloved Buttercup crawled to the house, he was already on the verge of death.

Fortunately, the owner did not panic and called an ambulance, which delivered the long-suffering animal to the nearest clinic.

But the veterinary clinic did not have the necessary blood for Buttercup.

The veterinarians did not want to leave the animal to die on the operating table. Therefore, they took an unprecedented step – they transfused a dog’s blood to Buttercup.

The fact is that this cat turned out to have very rare blood. 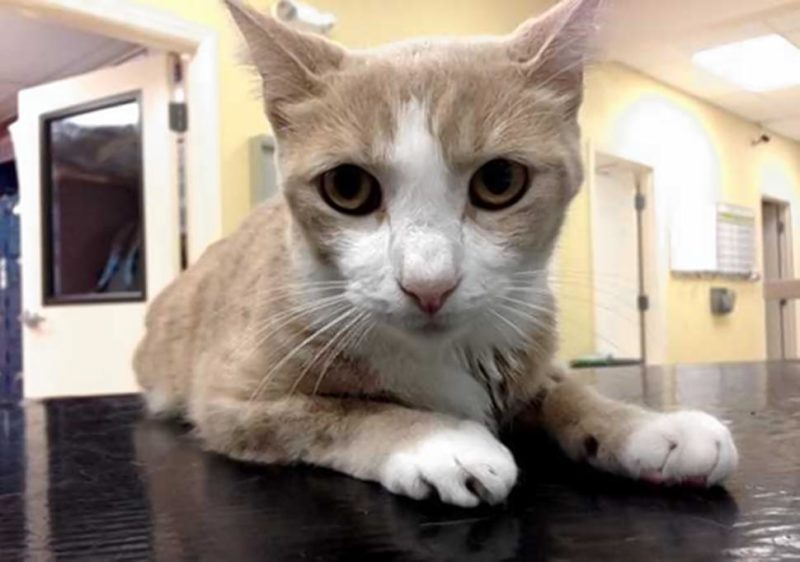 However, it was this genetic mutation that helped save the cat.

During the transfusion, the animal did not show blood rejection, and after the operation, the condition remained stable.

Now the cat feels great and has almost completely rehabilitated.

Doctors asked to leave Buttercup in the clinic for a few more days for examination. They promised to return him to the owner before the weekend.

Scientists also intend to study this precedent, but they will not need the cat for research.

Heroic dog saved his owner’s life after accident, never stopping even as he hurt his own paw in the process
Animals
0 406