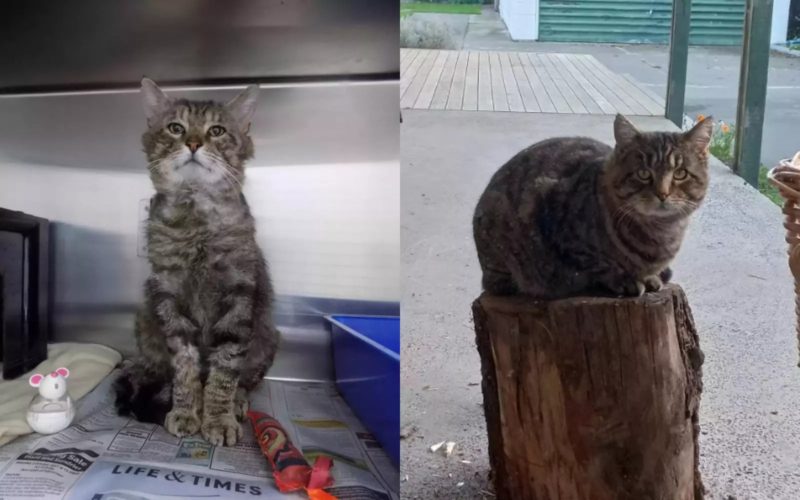 Residents of the city of Christchurch (New Zealand) Katherine Meara and her boyfriend wanted to adopt an elderly pet. And when they saw a very sad and shabby cat Tuggly on the site of one of the local shelters, they fell in love with him. 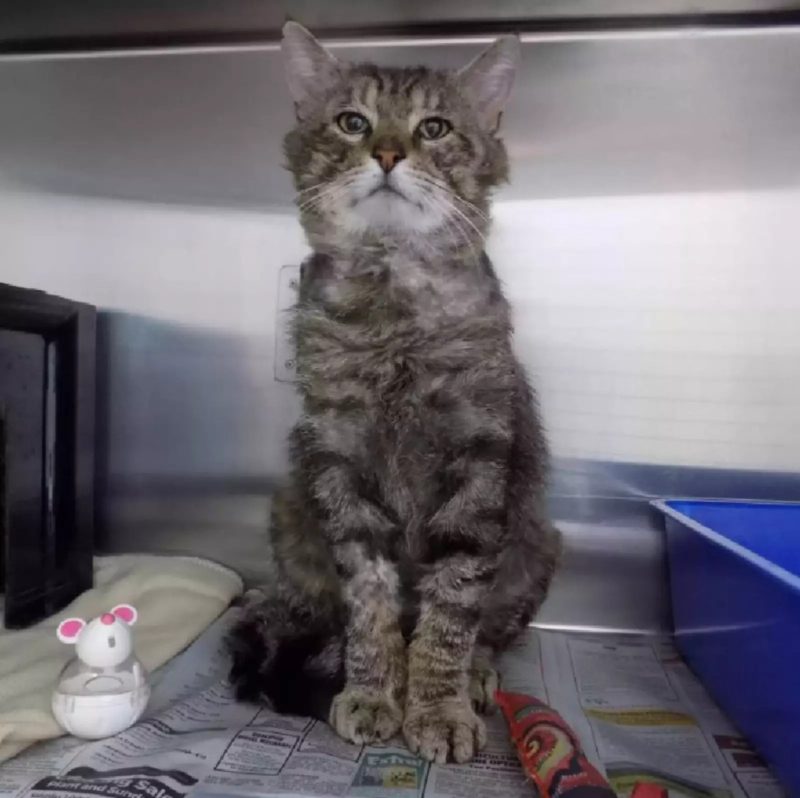 “Looking at him, I assumed that he was over ten years old. He looked so unkempt and sad compared to other cats, but I decided that he should live with us.” Katherine recalls.

In fact, Tuggly was about five years old when he entered the shelter, but he had been through so much that he began to look much older than his age. 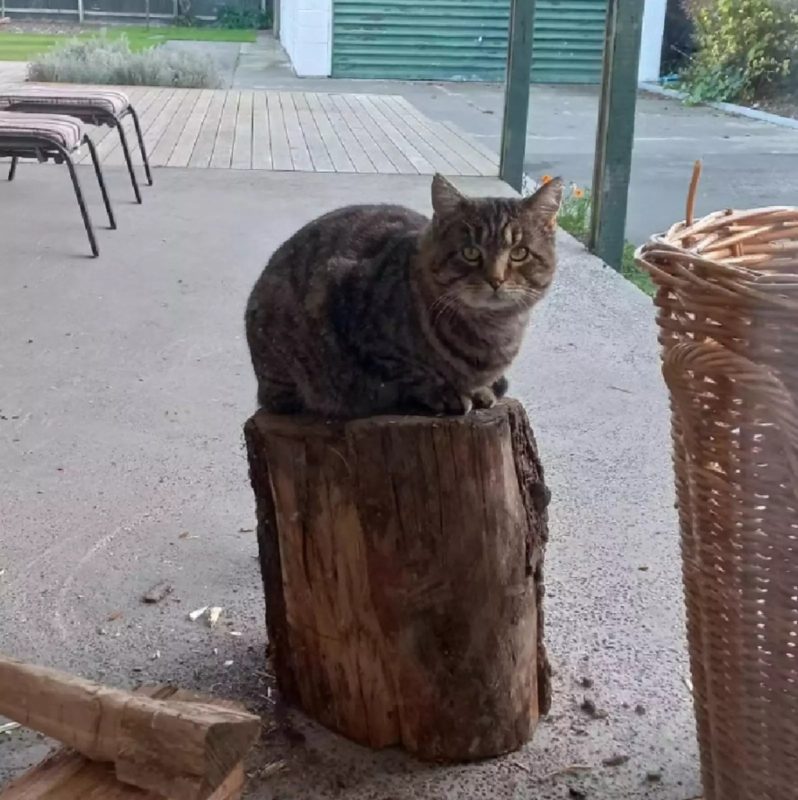 Also, because of his past, the cat became very aggressive and withdrawn, but despite this, Katherine and her boyfriend took him home anyway.

They tried to do everything possible to make the cat as comfortable as possible. And over time, he realized that he was finally safe, and these people were taking care of him and were not going to offend him.

“Tuggly was very skinny when we got him. To such an extent that even his coat became thin from malnutrition. As soon as we bought him an automatic feeder, he began to eat normally and quickly got used to the fact that he always has food,” Katherine said.

Six months after Tuggly arrived at his new home, he was a completely different cat.

Now he is an affectionate, cheerful and fluffy pet with plump cheeks and a very playful disposition.

The cat loves spending time with his owners, lying by the fireplace in winter and chasing butterflies in summer. 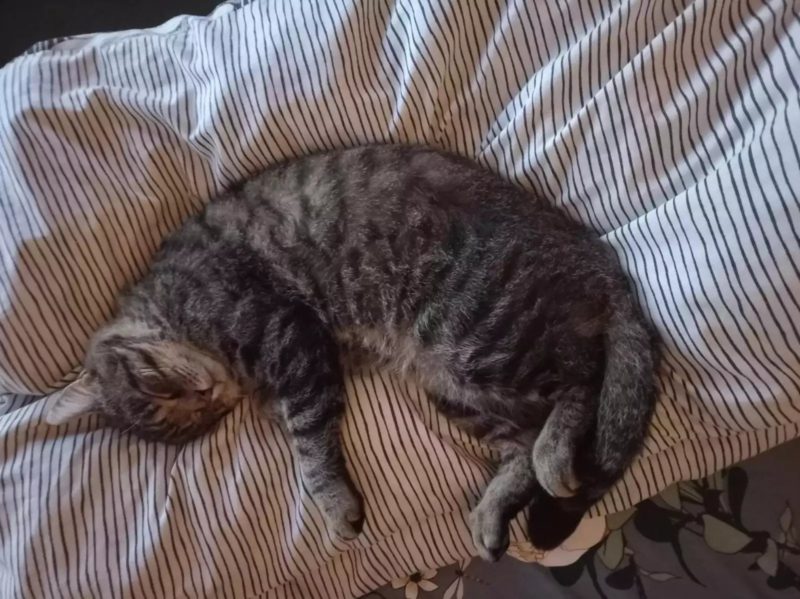 “After he got used to it and stopped being aggressive, he turned into the cutest and most affectionate cat, and we absolutely love him,” Katherine confessed.

Interesting News 0 36
Ava Lewis, 3, is doing a great job for the needy in Durham, North

Interesting News 0 97
Jay Page’s relatives knew exactly how to make his birthday magical and unforgettable. According

Nobody wanted to take this puppy because of his extraordinary face, however, the day came when he got lucky
Animals
0 411

Meet Scrappy, the dazzling marbled cat in a unique coat with an extraordinary pattern you’ve never seen before
Animals
0 249

The chicken raised the cat, and when she grew up, she brought her kittens to that chicken
Interesting News
0 145

The big problems of little weight: see how the girl who weighed only 23 kg changed
Interesting News 0 140

Man raised his adopted daughter as his own: after 16 years, she made him cry with happiness
Interesting News 0 97