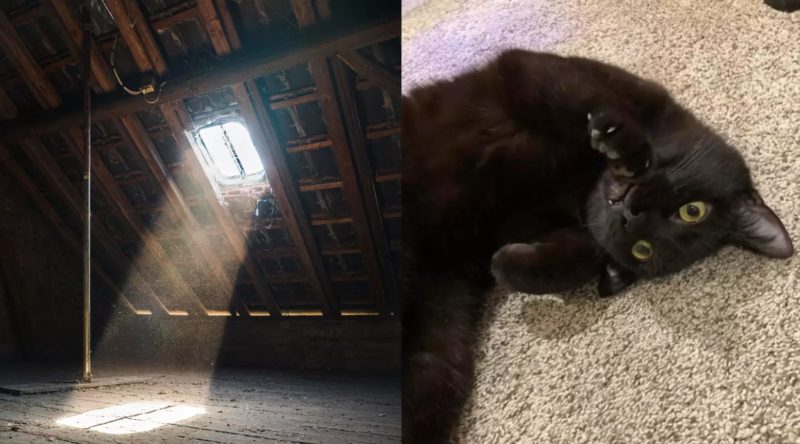 When April Fiet heard some rustling in the attic, she assumed that it came from a small rodent or a raccoon. 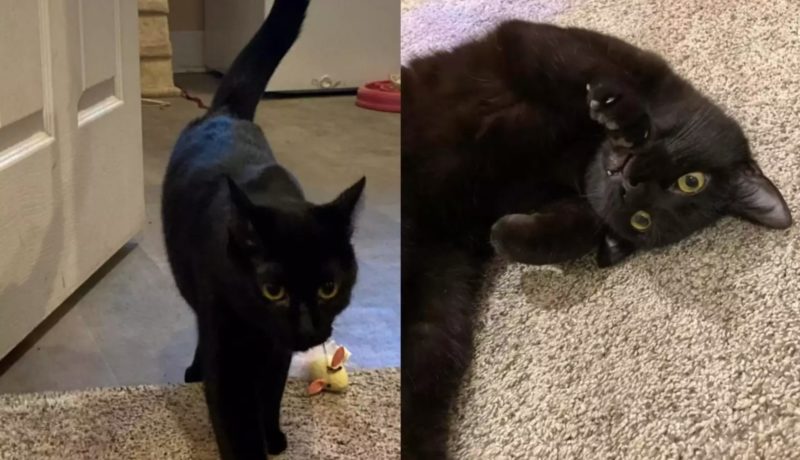 But she was mistaken. And the sounds were made by a completely different animal.

“My husband heard a meow in the middle of the night, and when I woke up in the morning, he told me: “You won’t believe it, but I think that we have a cat in the attic,” April recalls.

The woman called animal control, who provided her with a trap and cat food to help lure the animal out into the open. April also installed a surveillance camera in the attic.

Soon, the woman found a cat in the trap, which she named Atticus. She took him to the vet to check on his health and see if he had an owner. 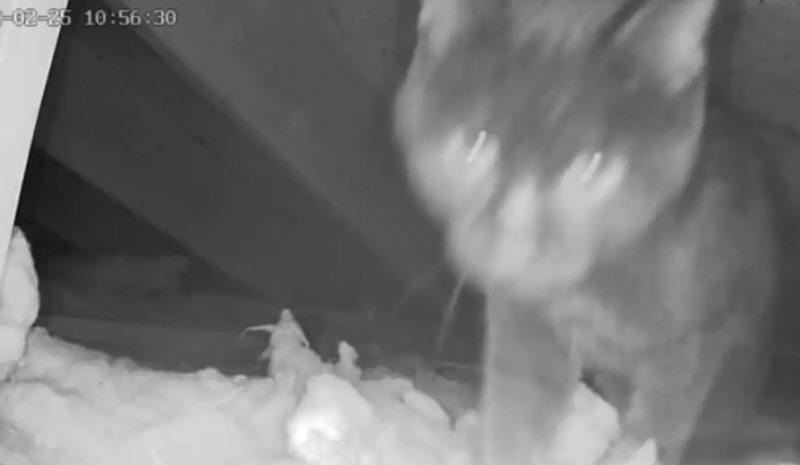 The cat was healthy and turned out to be homeless, so despite the fact that April’s son was allergic to cats, she took him home.

For two months, Atticus trusted no one and hid in the bathroom.

But with the help of treats and petting, April managed to gain the cat’s trust, and he quickly turned into a playful and loving pet.

Now Atticus is living the happy life of a house cat, and his family is very happy that one day they found him in the attic.

“The appearance of a cat in our house brought a lot of love and joy. We were delighted to learn that our son is not allergic to Atticus, and now both of my children love spending time with him.” April said

Two hikers were left astonished after they were followed to the top of a 10,000 ft mountain by a lost cat
Animals
0 447