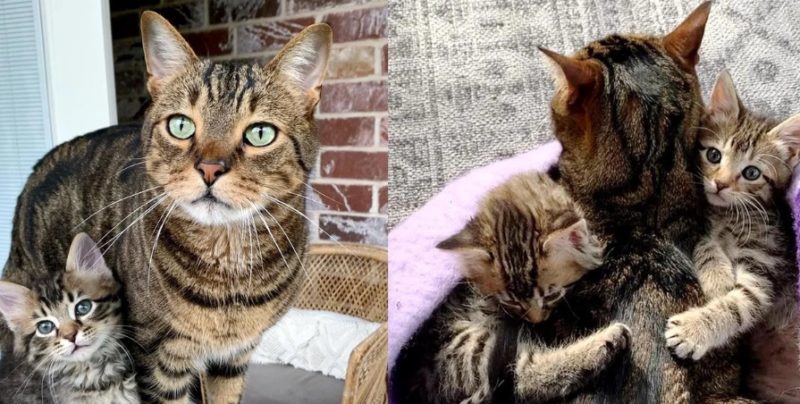 A cat named Rigby appeared in the house of Holly Bruckhauser about 6 years ago.

The girl’s family took this green-eyed mustache from a shelter. They already had one pet Cannon, so Holly hoped that the cats would become great friends. 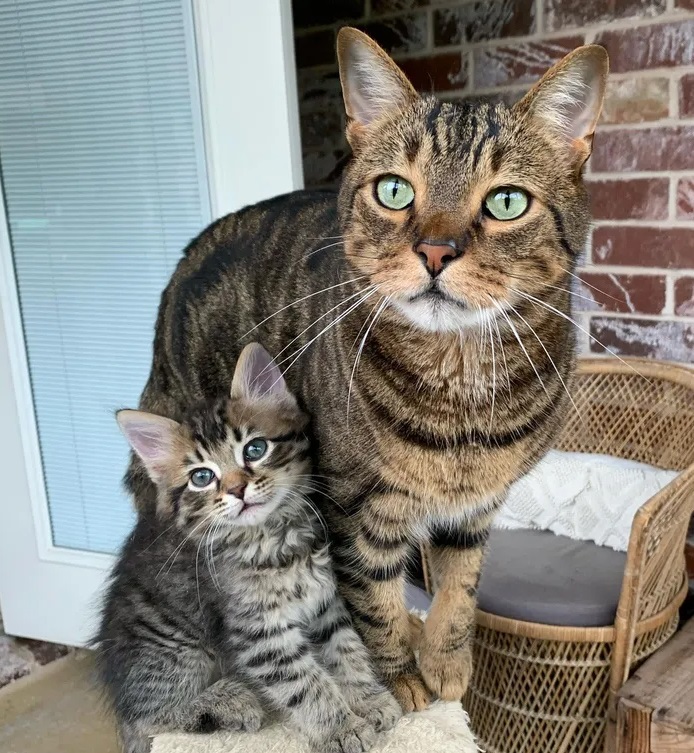 A year later, the girl began to engage in fostering and took home small kittens. And then Rigby’s true calling was revealed. He turned out to be a wonderful, mustached nanny for all the kittens.

As soon as the first foster babies got into the house, the cat went to visit them. And then he lay down next to them and began to lick each cub. And he did it so gently and skillfully, like a real mother cat. 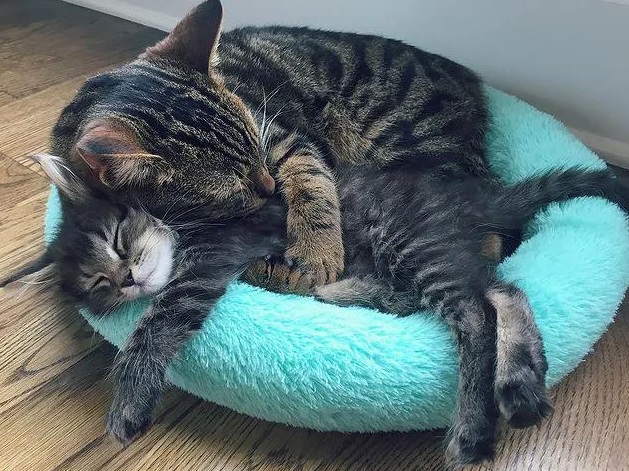 If orphaned cats are placed in fostering, Rigby is especially kind to them and sleeps with them in an embrace.

Holly came up with an original method of feeding babies who are without a mother. The girl puts a bottle of milk on the body of the lying cat Rigby, and the baby begins to eat from it, while paws rest on the stomach of her nanny.

When a mother cat with babies is in fostering, Rigby does not interfere in the upbringing of the babies. When the kittens grow up and start running, the striped nanny plays with them and becomes an assistant for mom.

At the moment, Holly has a cat Milly with her six babies, as well as five orphans. Milly feeds and cares not only for her cubs, but also for singles. Rigby helps her in this hard work. When Milly leaves for lunch or wants to take a break, the cat takes her place. 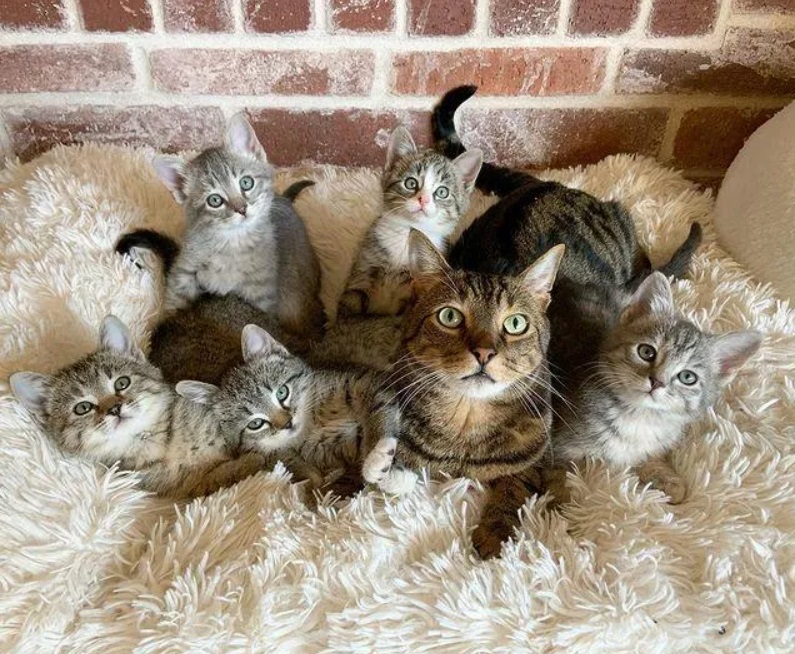 The striped nanny is ready to endure the games of the kittens for hours when they pull his tail and try to bite his ears. And the babies love their gentle and kind “caregiver” so much.

Rigby is very happy when new babies appear in the house. After all, he has someone to look after and take care of.

5-year-old child claims he and his classmate are ‘twins’, but when mom sees the photo, she can’t believe her eyes
Interesting News
0 312