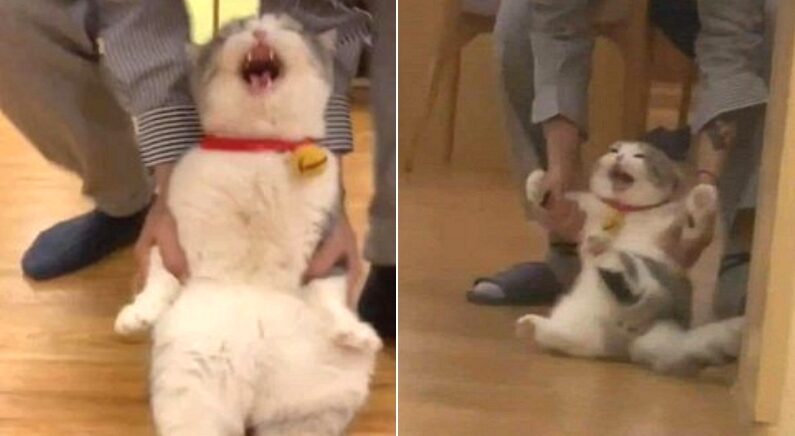 Recently, funny pictures of a cat appeared on Korean social media with a funny caption “Breaking News! The cat is arrested for stealing food from the dining table. The family is shocked!”

In them, an unknown person pulls a cat on the floor, holding it by its paws, and the cat screams at the top of his lungs. 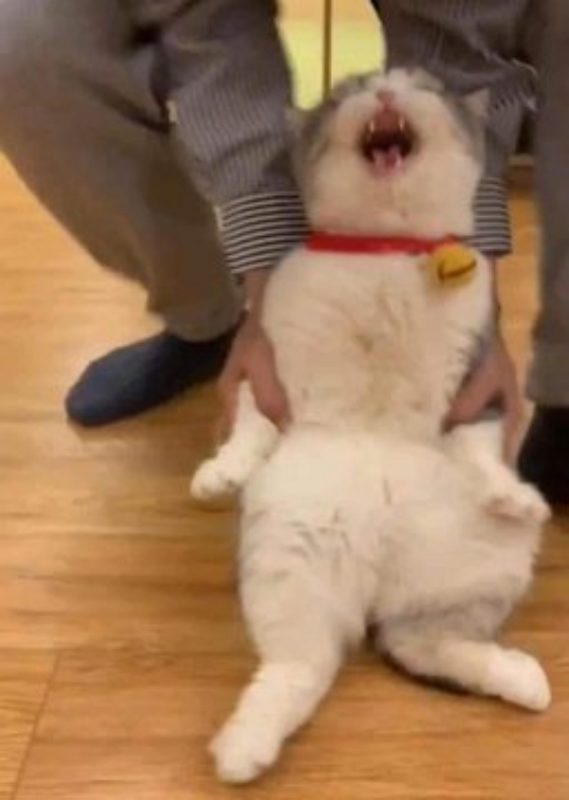 From the whole appearance of the animal, it is clear that he does not like what is happening at all: the ears are pressed back, the claws are released, the posture is tense …

As it turned out, the cat had been stealing food from the table for many months.

His family tried to fight it, but everything turned out to be useless – as soon as the owner turned away, the fluffy prankster immediately appeared next to the plate.

But one day, people’s patience ran out, and it was decided to punish the thief – “house arrest” in a room as far as possible from the dining room.

Although it looks pretty creepy, don’t worry: no animals were harmed during filming!

Social media users were delighted with the photos.

Among the commenters, there were many pet owners facing exactly the same problems. 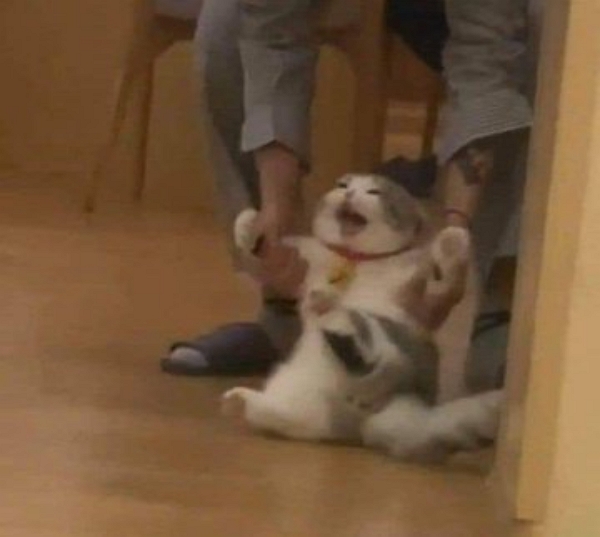 As it turned out, cats mostly suffer from stealing from the table, and they avoid punishment thanks to their cunning and the ability to use cute appearance as protection.

However, even angelic patience comes to an end, and the playful pet got what he deserved.

Although, judging by the photo of the angry beast, it is still unknown who got more that day.

Nobody wanted to take this puppy because of his extraordinary face, however, the day came when he got lucky
Animals
0 350

Villagers stopped harvesting field to save 5 cubs of a jungle cat, a protected species
Interesting News
0 72