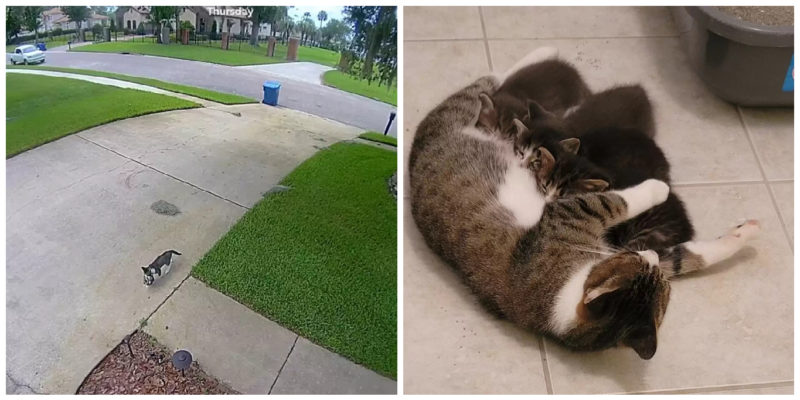 It all started on Friday evening. When Jeffrey Peltier went into the garage to polish his motorcycle.

He approached the car, and suddenly noticed that someone was hiding behind it. 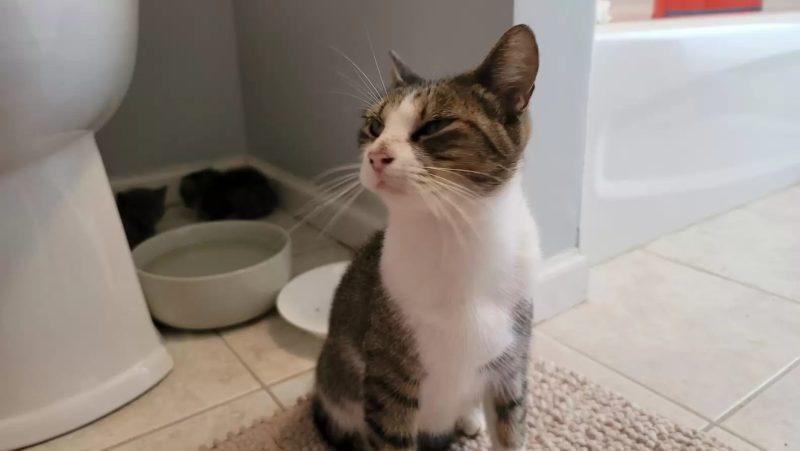 It was a mother cat with two kittens.

Cat Amelia was a local star, she was fed at every doorstep, but no one had ever seen her pregnant or with kittens.

Geoffrey decided that it was inappropriate for the family to stay on the cold garage floor, next to piles of iron and tools that could hurt curious kittens.

He decided to move the family to the bathroom in the house – it’s warm and cozy. 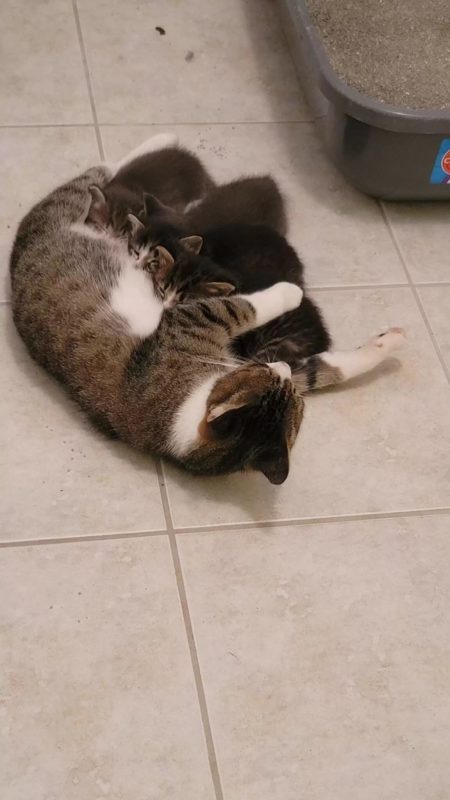 He was almost done with his preparations when, out of nowhere, two more kittens appeared.

The guy arranged the whole family in the bathroom.

Now it was possible to look for the answer to the question – how did the mother and kittens end up in his garage?

The doorbell camera hung over his porch, and it helped to find a clue.

The footage from the camera showed that Amelia first scouted the situation and found his garage a perfectly suitable place to hide the kittens.

And then she moved them, one by one, and hid all four behind the motorcycle.

But the day before, a strong storm covered the state: Amelia was just lucky that they managed to survive this riot of elements.

And the frightened cat decided to find a more reliable shelter.

For two days, Jeffrey didn’t even know that he had an intruder, but he is glad that the cat chose his garage and found it safe enough.

When the cat and kittens felt safe enough, he took the family to the vet to check if everything was in order with their health.

The kids were in perfect order – and completely ready for vaccination.

Peltier knows that you cannot close Amelia within four walls, she likes to be on the street. 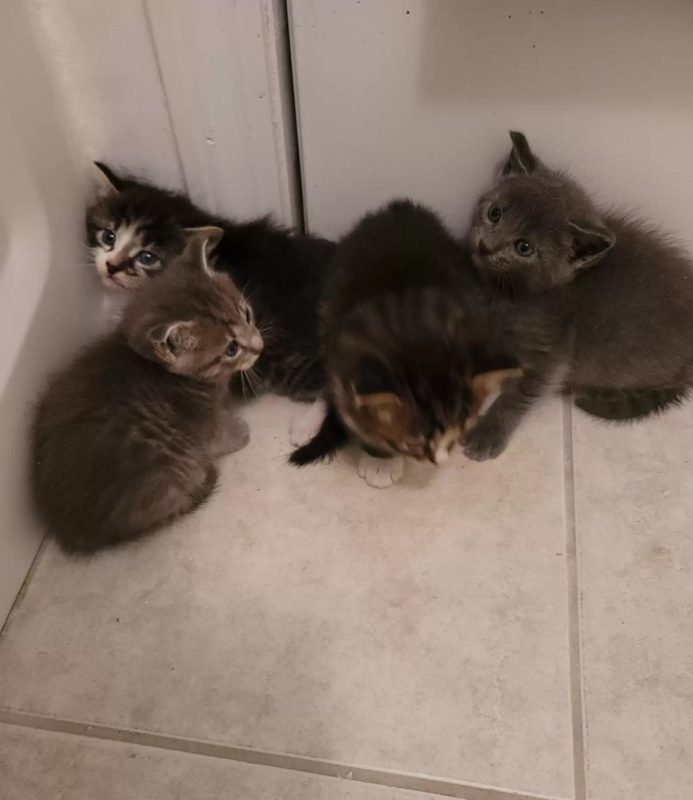 Therefore, he plans to share the care of a street cat with a neighbor, and feed and care for her together.

The man wants the cat to know that her house is a safe place.

She is always welcome there, and she can always feel safe.

In California, the owner of a house burned down in a fire found her miraculously saved cat
Animals
0 138