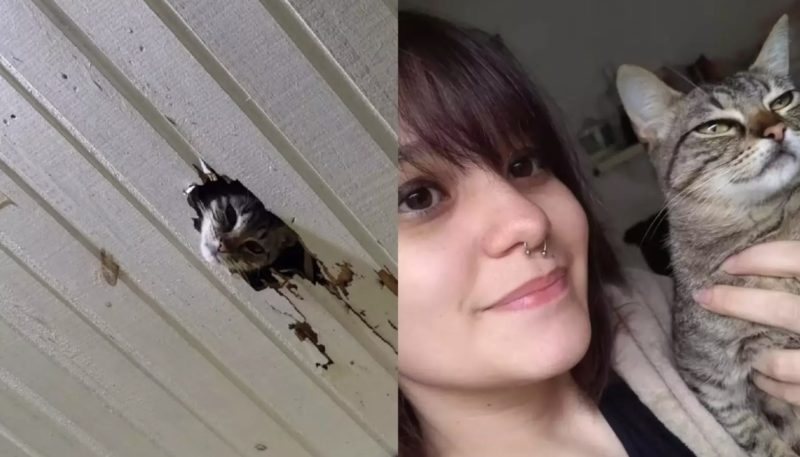 Even if you do not plan to have a pet, it may accidentally end up in your house and stay permanently.

Tass Camargo and her husband were convinced of this from their own experience. The couple returned home last week to find a cat lying on their couch. 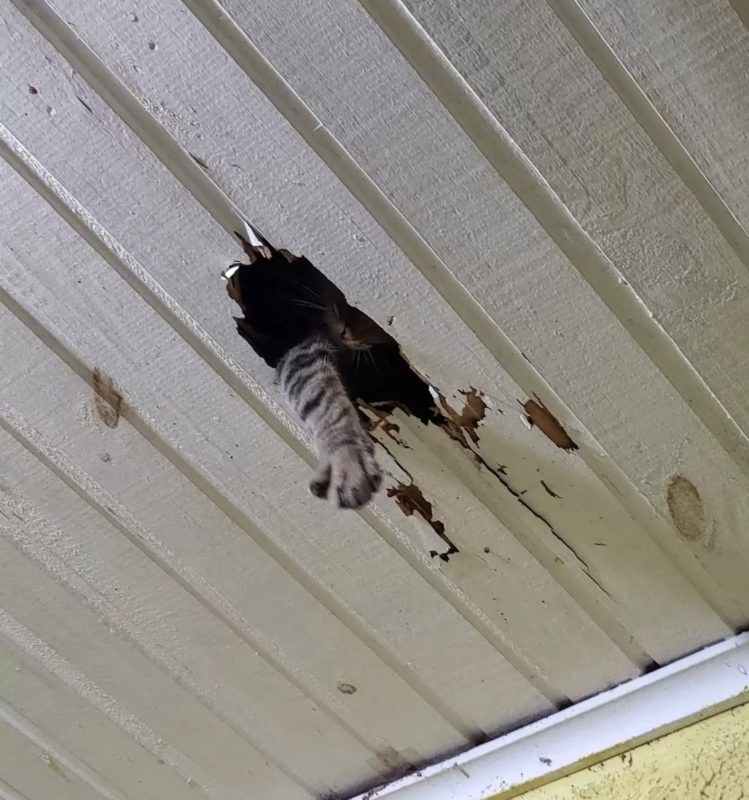 “We have never seen this cat before. When she saw us, she got scared and ran away. We were wondering how she got into the house,” Tass Camargo said.

Entering the kitchen, the couple realized that the cat had climbed into the house from the attic through a hole in the ceiling. Initially, the hole was not so big, and the couple planned to fix it in the near future, but the cat widened it a little for its own purposes. A few hours after the furry guest ran away, Tass heard a strange sound coming from the kitchen.

“I heard a strange sound and went into the kitchen, and then I saw a paw sticking out of a hole in the ceiling,” Tass said.

The cat poked its snout into the hole and met Tass’s gaze before jumping out into the kitchen and demanding to be petted. From that moment on, the cat became domestic and received the name Qiyana.

“Qiyana is very sweet and loving. We couldn’t kick her out because we thought she chose us.” Tass said. 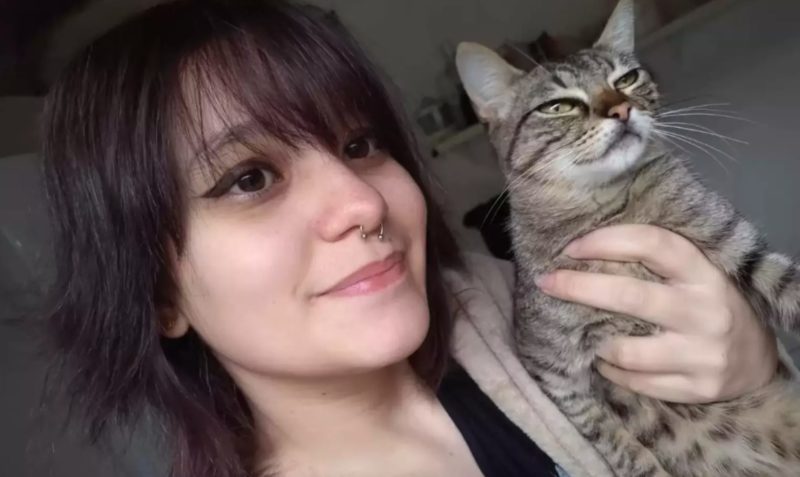 Breaking into the house of the Camargo spouses, the cat penetrated into their heart. And despite the small material damage, Tass and her husband are happy that Qiyana decided to come to them.