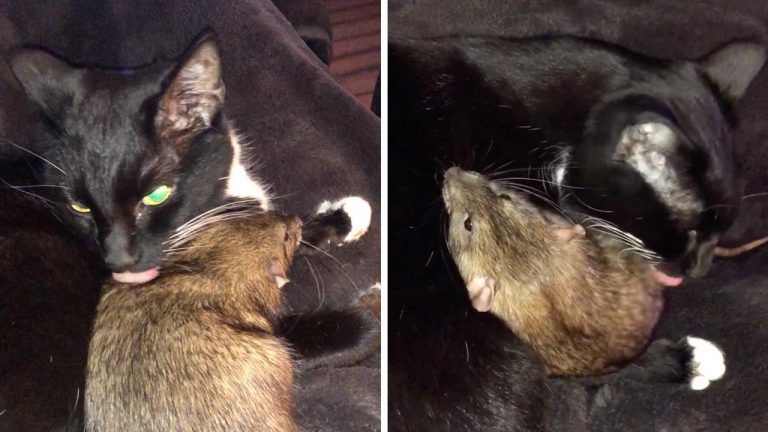 The male rat, who was given the name Cooper, along with other rats, was being sold in a pet store. 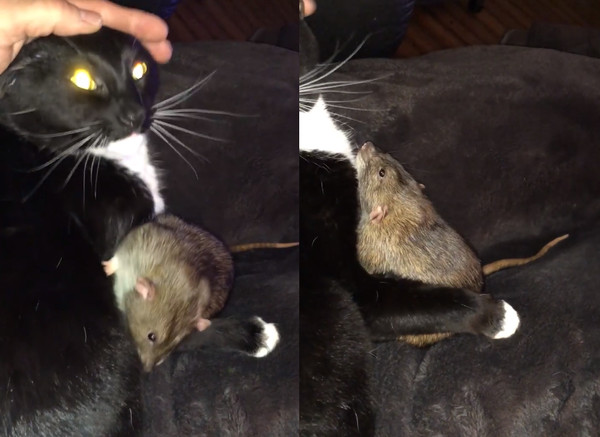 A woman named Pauline Maureen came to this store and noticed a sign on a cage with rats “To feed the snakes”, in this cage there were culled animals that no one bought as pets.

She felt very sorry for the rodents.

The woman did not hesitate to buy the whole cage with rats in the pet store and brought them to her home.

And then one rodent escaped from the cage and went for a walk on the sofa.

While the rat was traveling on the couch, a woman’s cat named Prudence became interested in her.

A few years ago, Prudence was taken from the street by volunteers. Pauline took her from a shelter.

Prudence most likely met with rodents before. But at the sight of this rat, she did not show any aggression.

She even came up to him, lay down next to him and began to lick the rat, as if it was her baby. 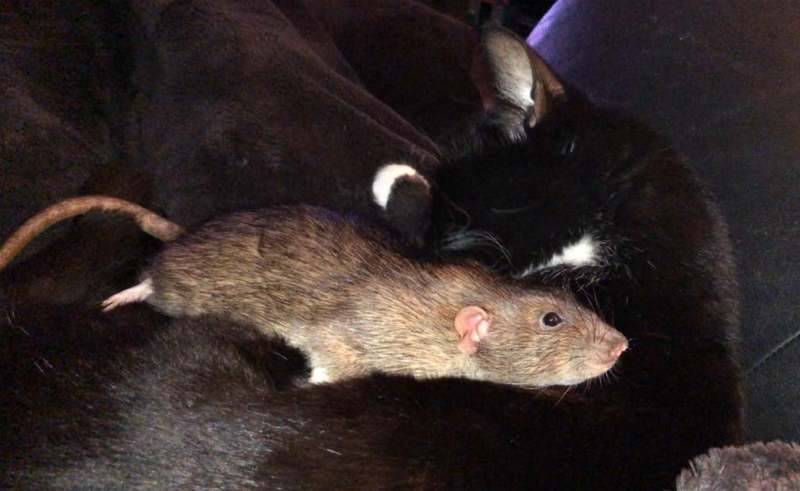 Prudence the cat and Cooper the rat spend a lot of time together.

Stray pit bull heroically saves a woman from an attack with a knife, risking his own life and receiving serious stab wounds
Animals
0 373
Our Top Posts