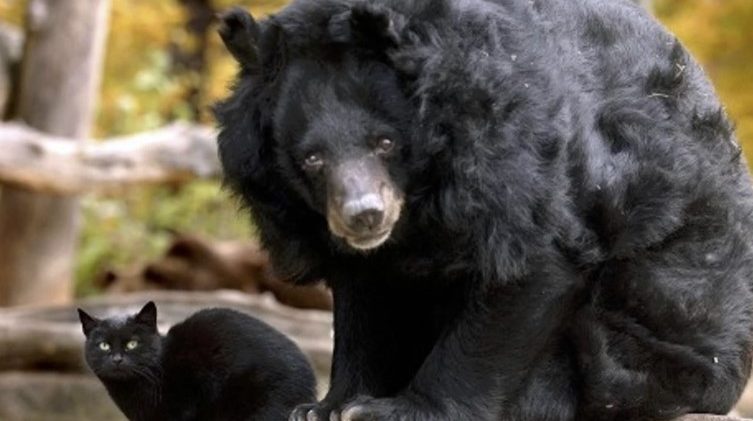 For 10 years, guests of the Berlin Zoo have watched the amazing and phenomenal friendship between a bear and a cat. 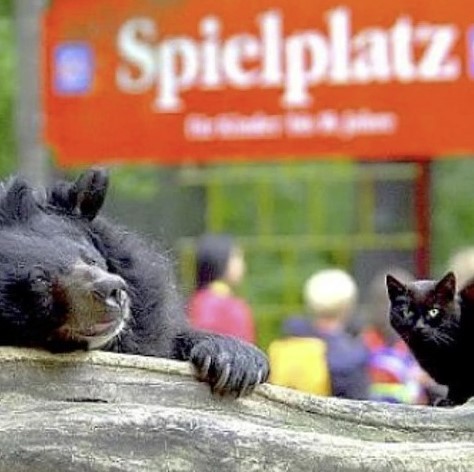 The bear was 30 years old at the time of the meeting of the animals. She was very old.

Her name was Mäuschen. Her life was boring and monotonous.

One day everything changed.

A tree grew in the enclosure. The black cat was looking down at the bear.

Then she went down. Mäuschen was initially wary of the guest. The cat didn’t want to leave. 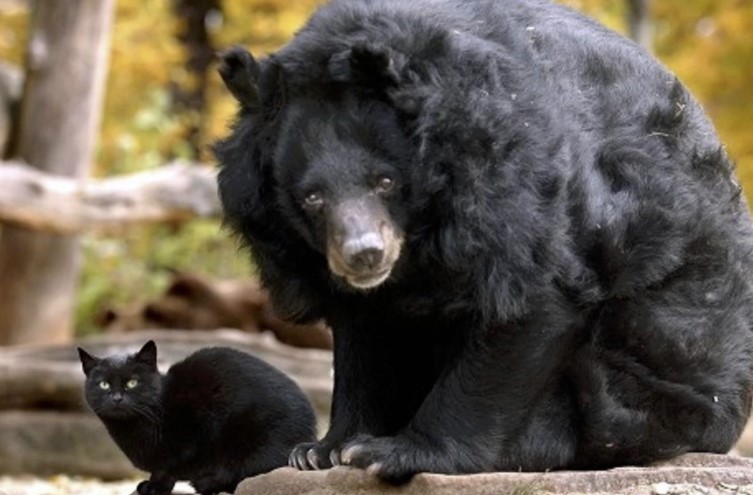 Then the unexpected happened.

Employees noticed that the animals developed affection. And then true friendship.

The cat was named Muschi. She settled with a bear.

The animals were inseparable. They spent all the time together.

After 7 years, in 2007, the enclosure was closed for repairs. 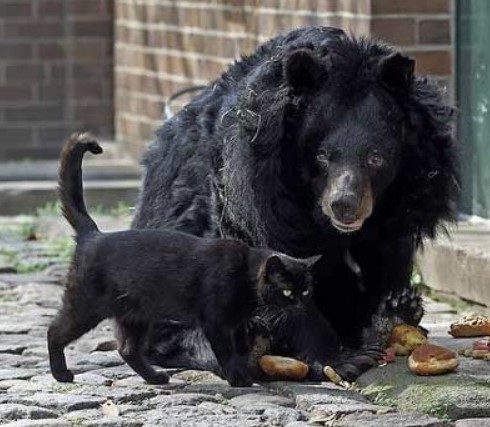 The bear was temporarily relocated. For several months, the cat was waiting for the return of her friend.

After all, she was not allowed to see Mäuschen.

And now the animals are reunited. And they were very happy. The bear lived for another three years, reaching a very advanced age.

The cat then disappeared. There were rumors that kind people took her home. But whether this is true or not is unknown.

Wild fox who was saved by a kind man, has returned the favor by comforting him as he recovers from eye surgery
Animals
0 342

Cat saves the owner from a highly venomous snake, the reptile climbed through the open door and hid in the shopping bags
Animals 0 12521