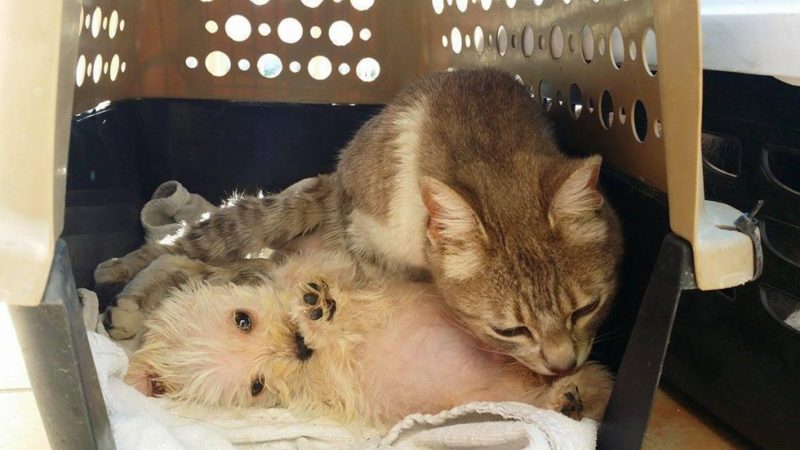 The cat named Gertrude had a good reason to hate dogs for the rest of her life. 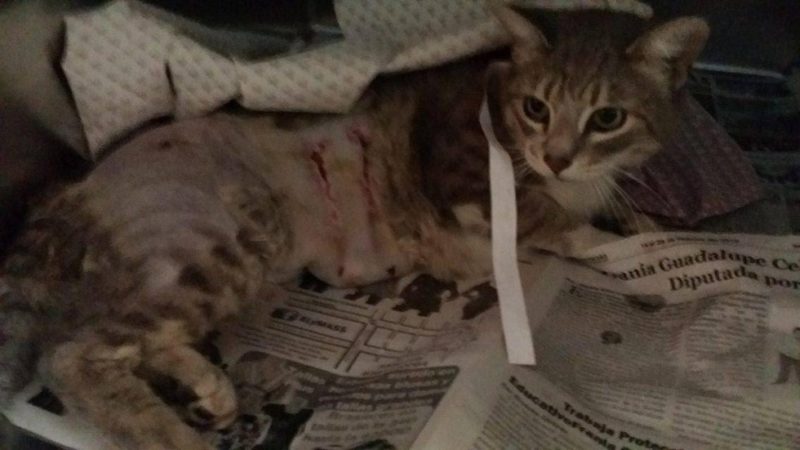 One day, a pack of stray dogs attacked the cat and almost tore her to pieces. It happened in the Mexican city of Puerto Peñasco.

A half-dead cat with deep wounds on the body was found by a local resident and brought to the veterinary clinic of the humane society Compassion Without Borders, which rescues dogs from the streets and finds their owners.

The cat was so badly injured that she had to undergo emergency surgery. 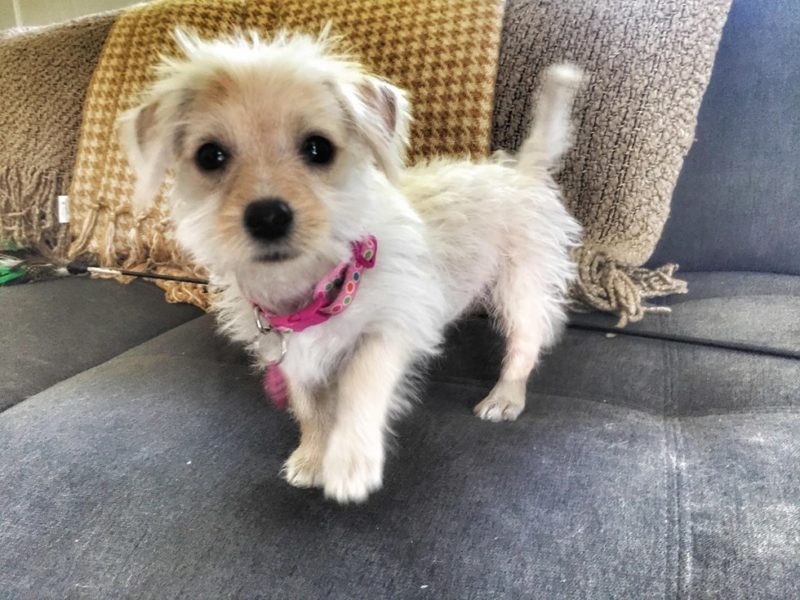 Gertrude’s stomach was severely injured, and during the operation, the doctors discovered that the cat was pregnant…

Unfortunately, it was not possible to save her kittens, but Gertrude herself successfully underwent the operation and began to recover quickly.

About a week after the cat had fully recovered from the operation, a small female puppy was brought to the same clinic and named Clementine.

Clementine’s story was also very sad. She and three of her brothers were born as pets, but the puppies fell ill shortly after birth. The owner took them to the vet and left them there.

“The puppies came to us in a very bad condition,” says one of the founders of the society. 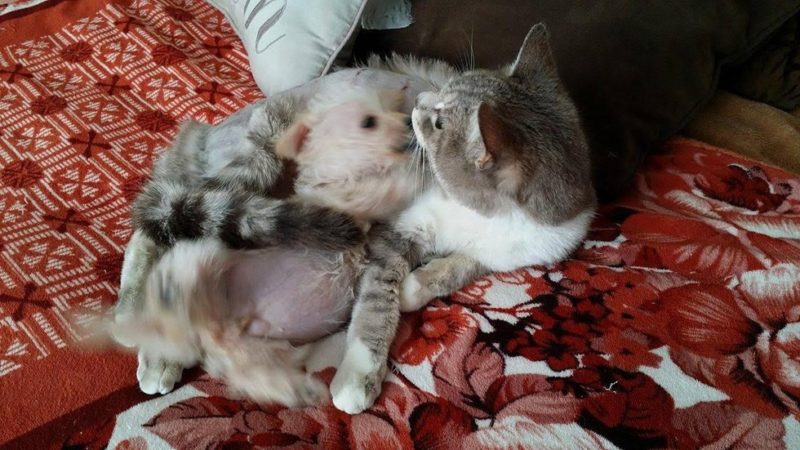 “They were probably separated from their mother for a week and became very emaciated. They were so tiny. Only Clementine managed to survive, the rest died”.

And then something incredible happened.

When Claudia Ortega, the manager of the society, walked past the cage with the cat Gertrude, holding the puppy Clementine in her hand, Gertrude got up and did a completely unexpected thing.

She came close to the front wall of the cage and began to make low rumbling sounds, and also rubbed her head against the cage.

Ortega decided to set up a meeting for Gertrude and Clementine and the two immediately accepted each other.

“Gertrude has started purring, and Clementine is still so small that she just wants someone warm and loving to be around.”

To test their relationship, Ortega took the puppy away from the cat several times, and each time the cat began to get nervous and meow loudly. So Gertrude and Clementine began to live in the same cage.

After a couple of weeks, a temporary family was found, which decided to take both the cat and the puppy at once. 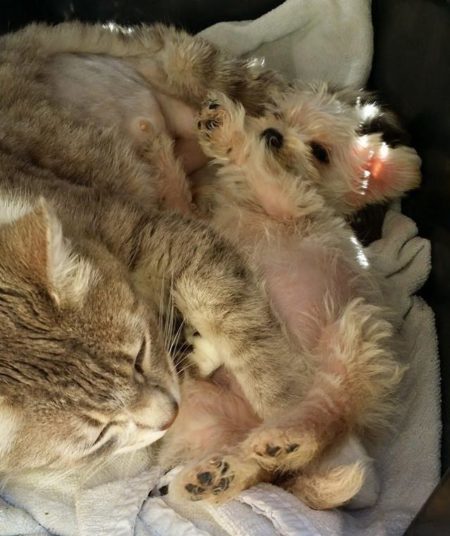 Gertrude now continues to care for the puppy as if he were her cub. She licks him and they have become completely inseparable.

– They sleep together all the time. – says Ortega, – Gertrude is a fabulous mother, she keeps the puppy in perfect cleanliness and gives her maternal warmth and love. Clementine grows up to be a very playful puppy, but Gertrude puts up with all her pranks.

Later, the decision was made to move Gertrude and Clementine to California, as they are much more likely to find new homes in the US than in Mexico.

When the animals were being prepared for the move, it was decided to transport them separately, but the cat began to get nervous and “cry” again, so they were left together again.

– I have never seen such a strong interspecies affection, – says one of the founders of the society, – Especially considering that Gertrude suffered from dog attacks.

After they both lost their partners, two widowed penguins comfort each other under the Melbourne skyline
Animals
0 174

This is Baby, the cutest corgi who loves everyone and has a cheeky personality
Animals
0 194
Our Top Posts