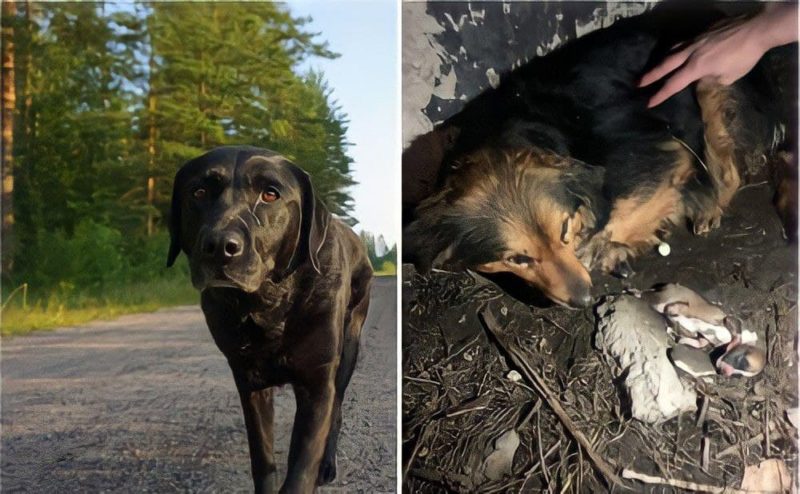 A strongly built Labrador dog on the highway tried to stop passing cars, throwing himself under their wheels with loud barking. 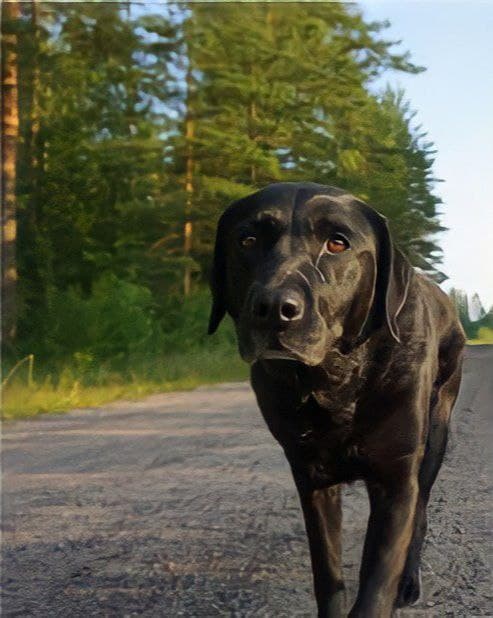 At this time, Stepan was driving to his summer house, where his family was waiting for him.

When he saw how the dog was behaving, he stopped and got out of the car.

He knew that the Labrador is an intelligent dog and will not behave this way in vain, so he needs help.

There was no aggression in the animal’s behavior.

The Labrador looked at the man with an intelligent and pleading look, then ran abruptly to the side, Stepan followed him.

There, he saw a sick dog and four newborn puppies next to it, two of which showed no signs of life.

Stepan took the dog and two puppies and carried them into the car, the Labrador settled down in the seat next to the driver.

Stepan with the animals went to the veterinary clinic. Unfortunately, the dog could not be saved.

The man bought food for the Labrador and puppies and went to the summer house. Children were especially glad to new tenants. 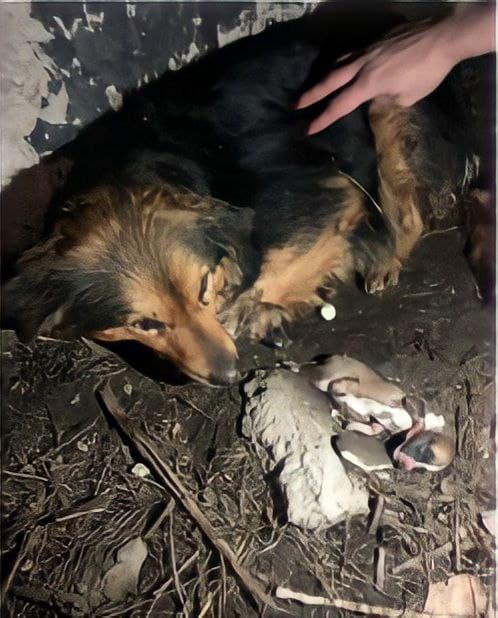 The kind Labrador almost never left the kids and helped take care of them.

Stepan always dreamed of such a dog of the Labrador breed, since Stepan was fond of hunting and the dog would be his faithful assistant and friend.

And the family, together with a new pet, returned to the city apartment.

Nanna Merle, 98, knits tiny woolen jumpers for penguins to keep them from getting cold
Animals
0 61