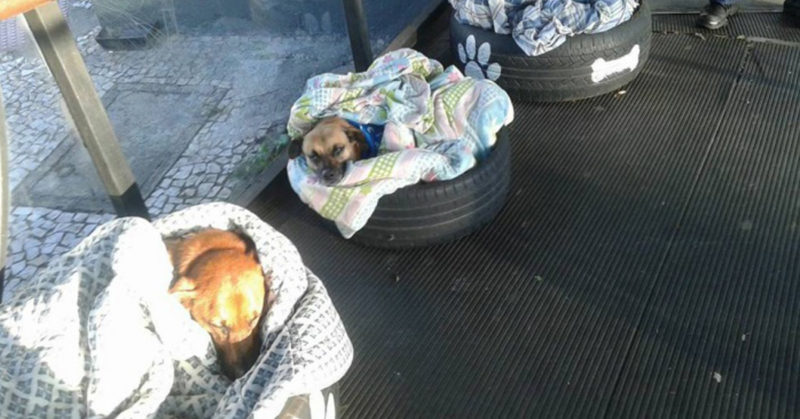 Winter is slowly approaching Brazil and some people decided to help stray dogs stay warm during the frost.

The bus terminal staff made a small place on their property where the dogs can warm up and be looked after.

They are not only given food and water. But the staff also made beds of old tires and blankets for dogs where they can survive the cold weather. It may not sound that great, but for these three guys, it’s like sleeping in a five-star hotel.

These poor fellows have been through a lot and, perhaps, this is the first time that people have shown them attention and good attitude. The touching trio, which the workers named Max, Pitoco and Zoinho, cannot express their gratitude in words, so they just look with satisfied eyes at their rescuers.

The act of kindness attracted the attention of local politician and animal advocate Fabiane Rosa, who wrote, “My compliments to the terminal workers, everyone understands that these angels exist and deserve the right to exist. So many companies in Curitiba could have followed suit and adopted an animal. Of course, this is not the best option, but at least there will be those who will look after them.”