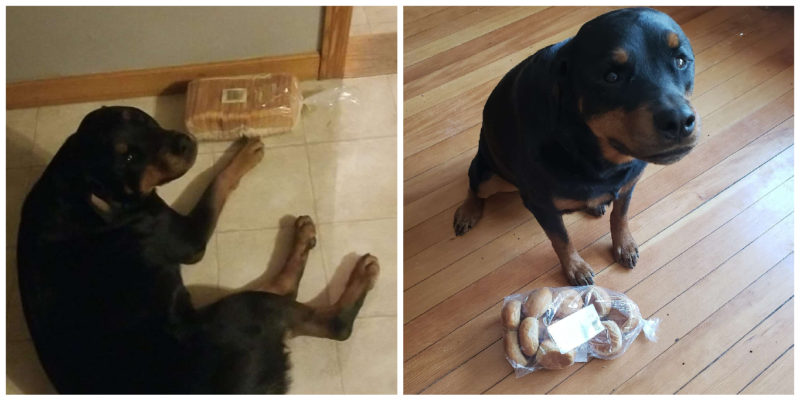 For example, this six-year-old beauty named Jakey is a great security guard.

But… She uses her skills to guard something unusual.

Most of the dogs guard their homes, but Jakey set herself a different goal.

She looks after the bread belonging to her owners as they leave. 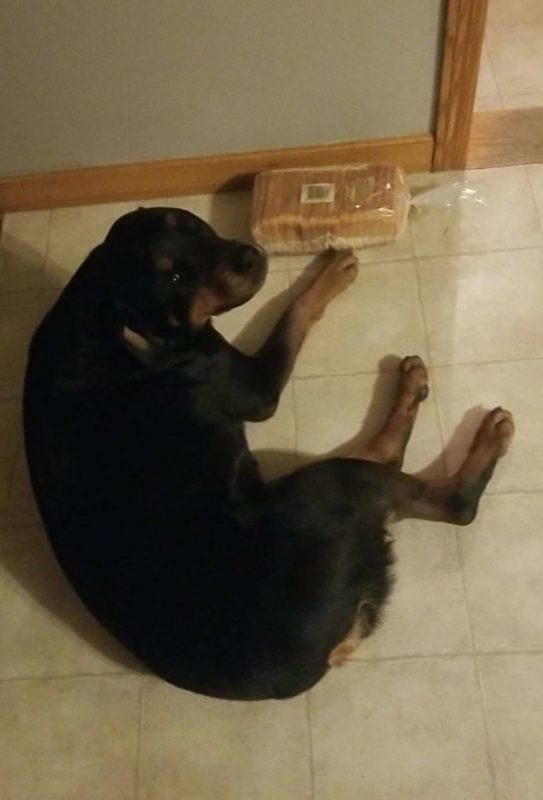 It started four years ago when the owners had to go to the farm.

Jakey’s owner, Katrina Frank, says that every time they left the house, the dog would hide the bread.

By the way, Jakey has an amazing nose – she will find pastries, wherever they are hidden.

The very second Katrina leaves the house, the dog is looking for bread wrapped in polyethylene and does everything possible to keep her “treasure” safe!

The family has a breadbox that Jakey will certainly get wherever it’s hidden. Katrina tried to leave the bread bin in the pantry, but the dog opens the doors and pulls it out. 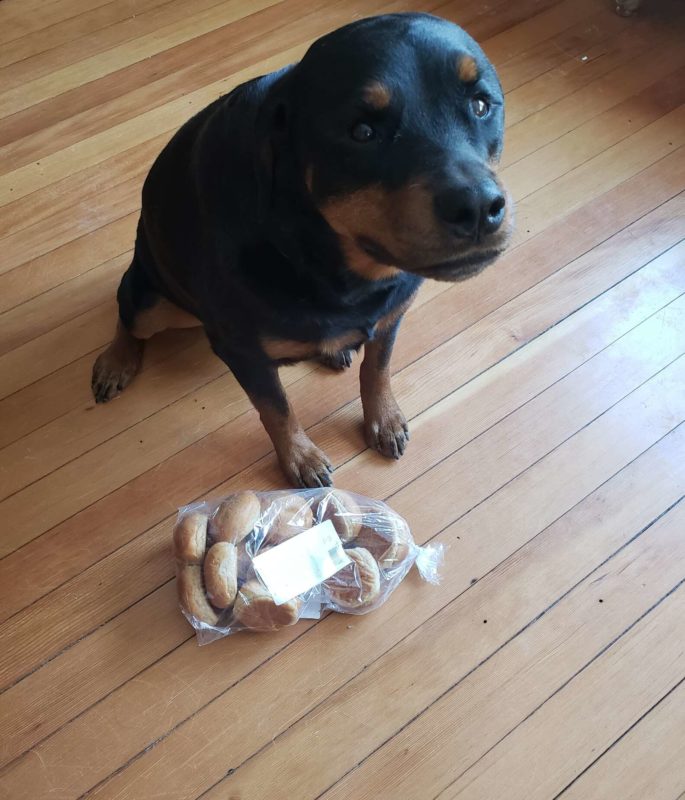 The same thing happens if you hide it in the refrigerator – the four-legged prankster easily opens the door.

The funny thing is that Jakey, while working as a “bread guard”, never allowed herself to eat even a small piece.

The intelligent dog makes sure that other pets living in the house do not do this either.

Perhaps the baby thinks that bread is the most valuable thing that the owners have? Maybe she thinks so because people often eat it?

It is interesting to know what is going on in the head of the pet.

The dog likes to hide the bread behind the sofa and lie proudly next to it. Sometimes she puts the “treasure” in the closet in Katrina’s bedroom. 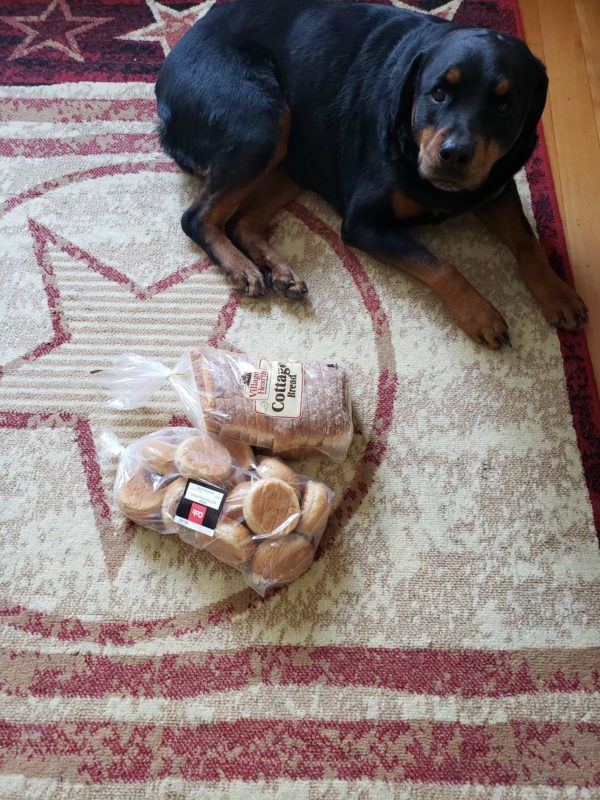 When the hostess returns home, Jakey leads her to the hidden bread, feigning a guilty expression on her face.

The girl is already accustomed to the quirks of the dog and knows what happens when she is not around.

If the house suddenly runs out of bread, the dog is not at all embarrassed and begins to hide cookies or pastries.

And what if there is nothing made of flour in the house at all?

Then Jakey will take over the protection of the butter!

Interesting News 0 25
Ava Lewis, 3, is doing a great job for the needy in Durham, North

The man inherited an old house, but the main reward was waiting for him under the worn carpet in the hallway
Interesting News
0 83

One life for two: what the most famous Siamese twins Brittany and Abigail look like now
Interesting News 0 97