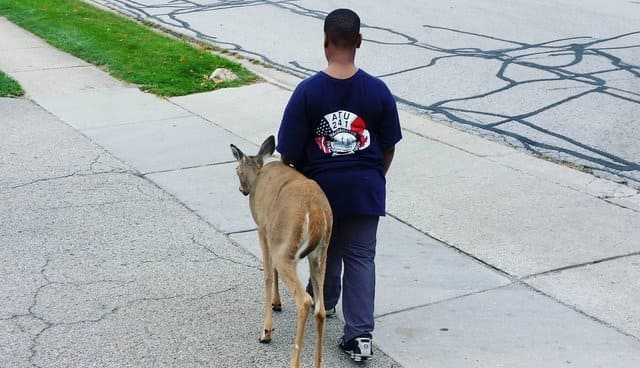 Wild animals are often considered dangerous, but sometimes they have amazing relationships with people.

So for a boy from Chicago, the deer became a very close friend. The story of their friendship is very touching.

The joint morning walk of a ten-year-old boy and a wild deer became a kind of morning ritual.

It turns out that the deer is blind. So the boy accompanies her to those places where grass grow so that the animal can eat.

“My wife and I have been seeing them for several days. So yesterday we decided to photograph them,” said one of the boy’s neighbors. 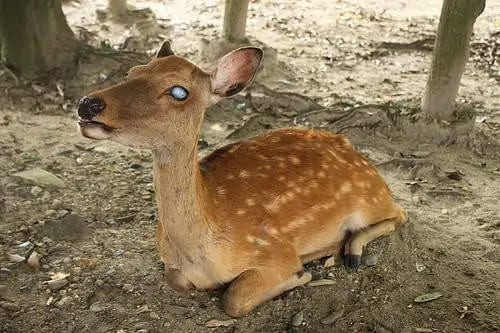 “My wife called the local wildlife rescue team. They have a veterinarian. Today the deer will be taken to the forest reserve, where she will be well looked after and the boy will no longer have to walk with her every morning in search of grass. I hope she can handle it, because the animal is so obedient. I wish I could do something for this boy. Most likely, he will miss her. ”

People on social media praised the boy. A neighbor said that the child and his mother were present at the moment when the wildlife rescue team carefully loaded the deer into a specially equipped truck.

“For those who are upset by what happened and worried about the boy’s feelings, I would like to inform you the following: the boy perceived the moment when the deer went under the care of specialists as an adult. 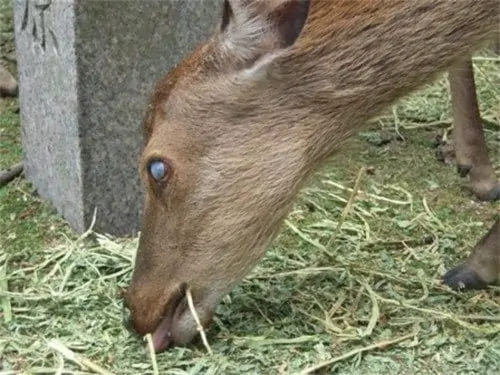 Although he walked deer for so many days in search of food for her, he did not give her a name or try to treat her like a pet. He just wanted her to be all right. And he was relieved to know that the deer would now be safe,” the neighbor added.

“When they took her away, I was able to talk to a few more neighbors. And it looks like most of our neighbors has been feeding her and taking her to grassy places for over a week. The little boy was the most striking example of helping and caring for this animal. He showed a lot of love and respect for the wild animal.

My wife and I will talk with his mother about how she would like her son’s goodwill to be rewarded. We are going to give them our photographs of the boy walking with a deer. And we want to offer to take him to the local reserve as soon as he wants to go there to meet his former ward.”

Two little kittens had a sick sister, whom they warmed as best they could, but then they met a real mother
Animals
0 1706