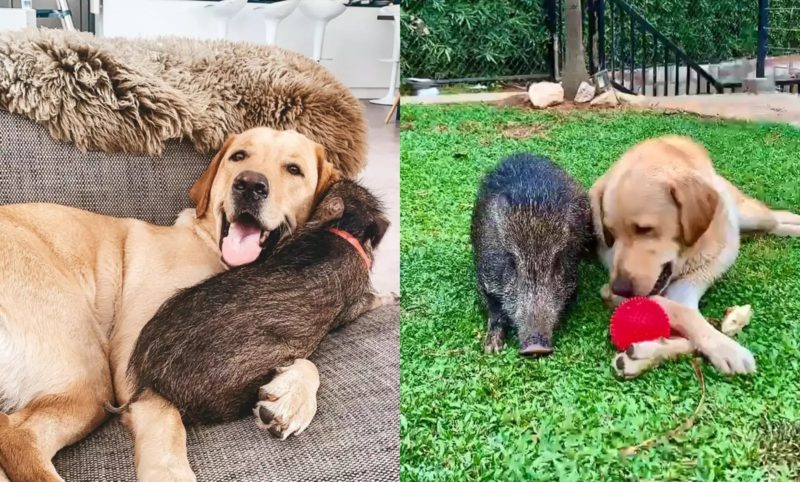 In September 2020, a Sri Lankan woman named Dora and her boyfriend Nuwan found a box on their doorstep containing a tiny feral pig.

Dora and Nuwan were shocked by such a surprise, but wanted to help the poor thing. And as a result, the pig, which they named Yezhu, remained with them forever. 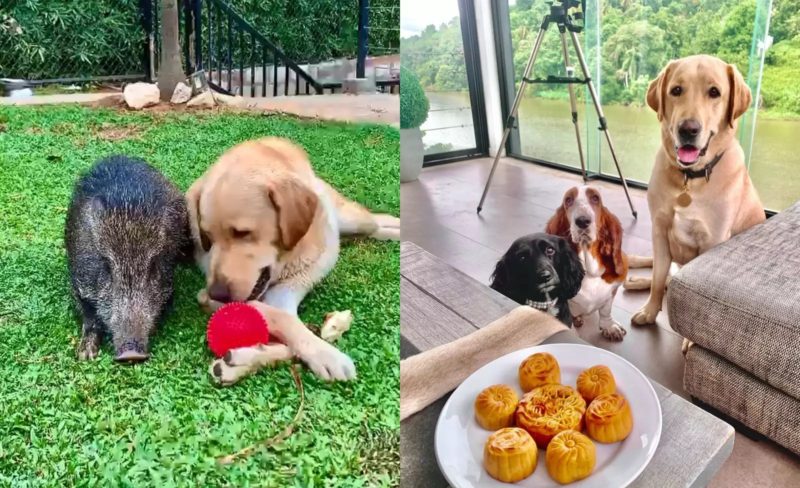 Not only people began to take care of Yezhu, but also a dog of the Labrador Retriever breed named Biu Biu.

The caring dog taught the pig to eat, walk and play, so Yezhu soon began to consider the dog her mother.

“Despite the fact that today Yezhu weighs about twice as much as Biu-Biu, she still thinks that the dog is her mother. Well, thanks to her canine upbringing, Yezhu is sure that she is also a dog,” Dora says. 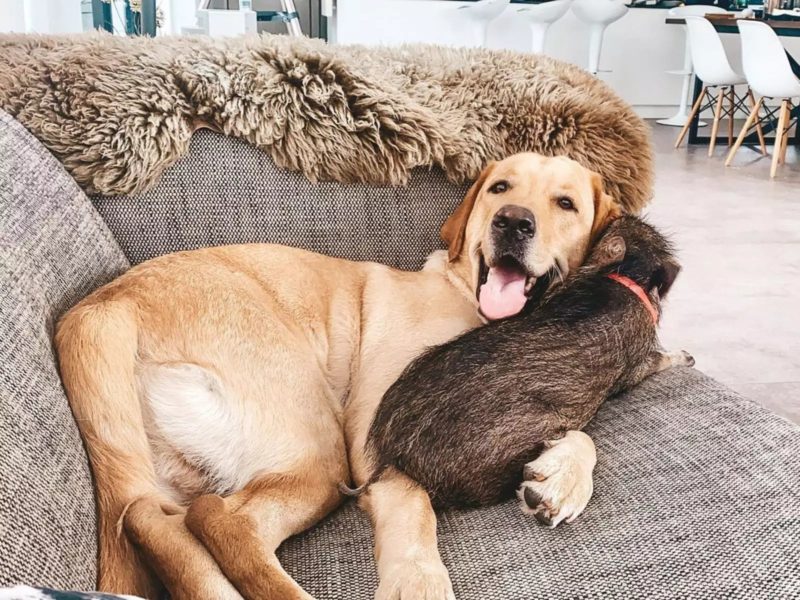 More than anything, Yezhu loves spending time with Biu-Biu and the other dogs that live with Dora.

The animals walk together, run around the house, swim in the pool and sometimes even eat from the same bowl.

“We didn’t even have to train Yezhu, because dogs have been doing this since her childhood. She always and everywhere ran with them and continues to do so now,” Dora says.

Dora and Nuwan are very happy that their pets live so friendly and support each other in everything.

“The fact that all of our animals love each other so much and spend so much time together seems really unique.” Dora said.

The pilot dedicates his life to helping animals: he flies rescue animals to their new homes
Animals
0 264