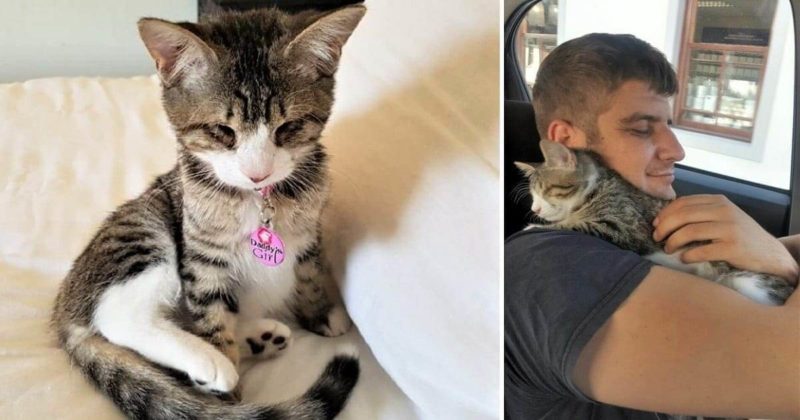 June is a blind kitten, who was found by a Cape Town habitant, and was brought to the DARG.

The poor creature was not only blind, but also ill. But her blindness seemed to don’t disturb her.

Apparently,  her mother was killed, and she was absolutely alone. 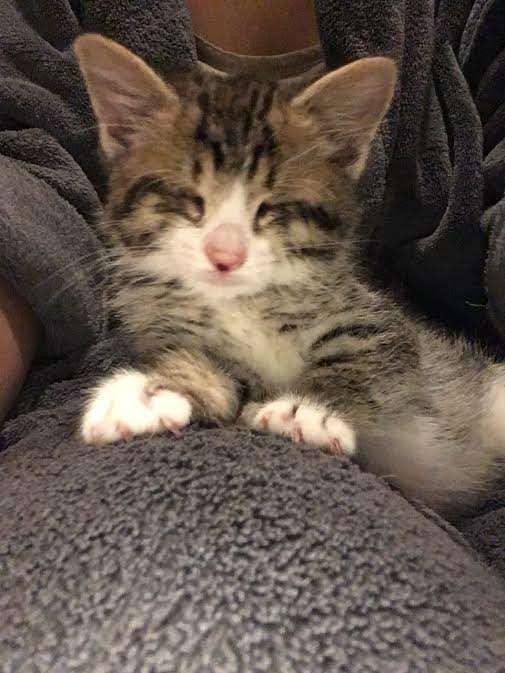 Soon, June was fostered by a kind volunteer at the DARG, named Holly, who took care of her for several months, until June was ready for adoption.

According to Holly, June was very active, playful, though she was blind, she didn’t differ from the other cats.

She liked to run up and down around the house. The little cute kitten was so lovely, and she gave also love anyone she meets. 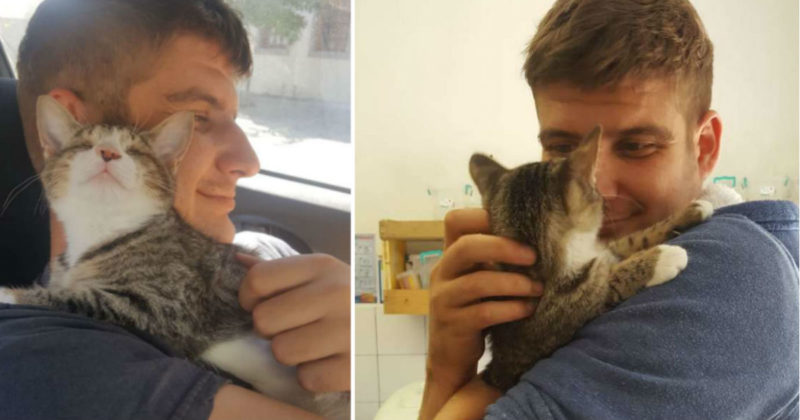 June’s story was shared on DARG’s Facebook page with a hope to find a forever perfect home for her, where she will be loved and in peace.

Happily, a nice couple, Rebecca and Andrew, encountering June’s post, loved her from the first sight and without seeing her in real life, decided to adopt her and give June their warm and sweet home she deserves.

Their meeting was remarkable, as when June “saw” her new owner, she climbed into Andrew’s arms and gave him a warm cuddle.

She curled on her dad’s shoulder and didn’t move for a while.

June is now living with her humans’ home with their two other cats, Leeloo and Leia. 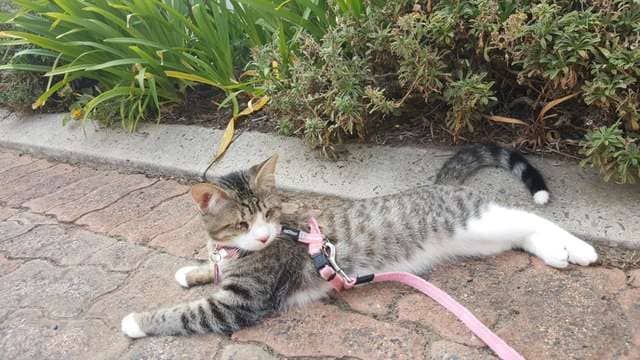 Now she is enjoying her new life, playing with the cats and going often for a walk.

June is a little loving, perfect creature, who bravely overcame her tough past and her blindness.