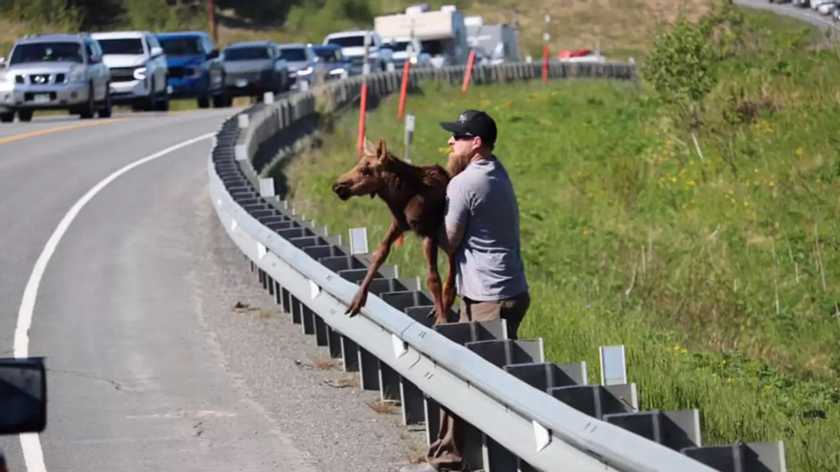 In Canada, a man rescued a small moose calf that had lost its mother and was wandering along the track.

Canadian Andrea said that she was in a terrible traffic jam because of a moose standing in the middle of the road. 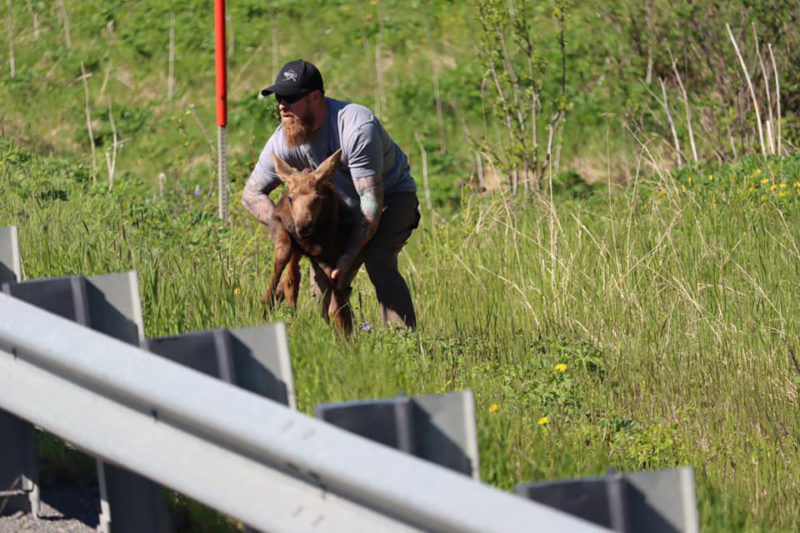 During this, the woman noticed a small calf on the side of the road, which stood uncertainly on its legs.

He tried to jump over the guardrail leading to the track. However, for this he still lacked the strength.

The kid wandered along the guardrail, and the mother herself was frightened.

Joe Tate, also stuck in traffic due to a moose family, was returning from a fishing trip with friends.

The man decided to help the little creature.

“Things could go badly. I understand and know this. However, everything was only for the best, and the risk I took was worth it,” – commented Joe Tate.

The man waited until the traffic lane fenced off the mother from the calf and rushed to the baby. 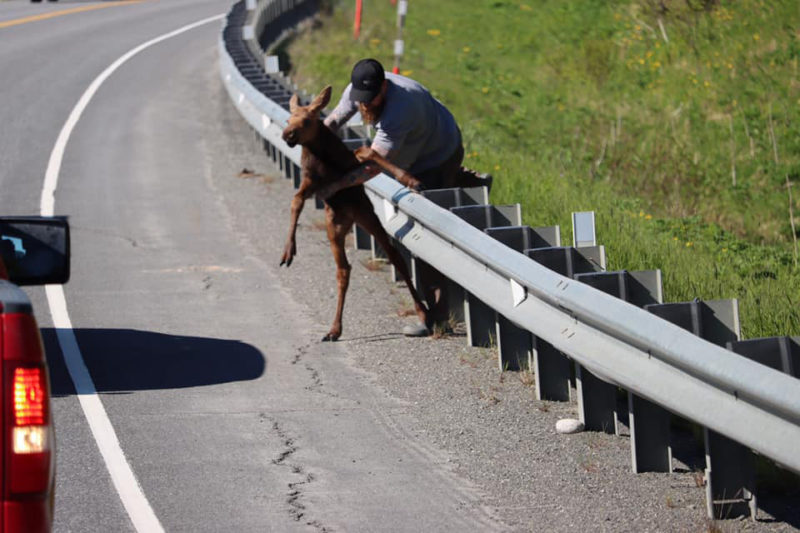 At this time, friends blocked the view of the animal, and Joe picked up the little creature in his arms and carried it over the guardrail.

This helped the calf reunite with its mother and get rid of traffic jams.

A moose that is under stress due to fear for a cub can seriously harm a person. 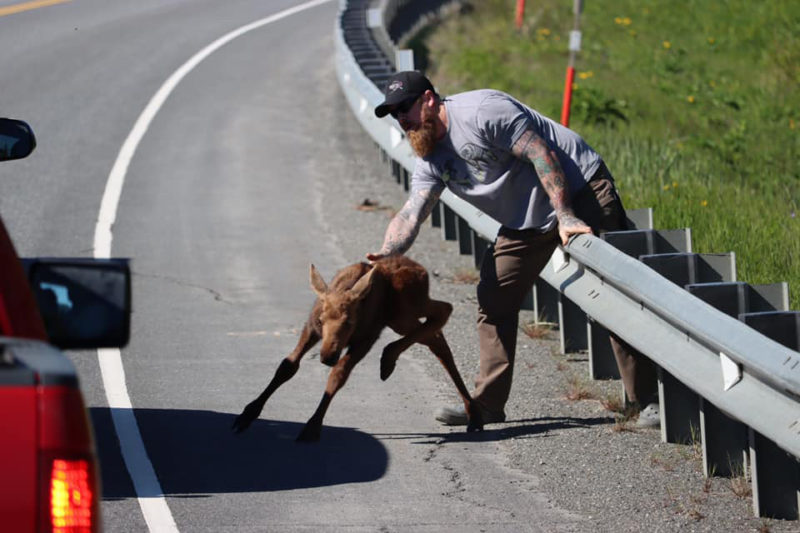 Therefore, in such cases, it is advised not to interfere.

However, Tate remembered when he approached the calf, the baby was so exhausted that he almost fell into the arms of the savior.

Without human intervention, it could have died.

Little girl was lost and never found, but after 14 years her mother receives an unexpected message
Interesting News
0 167

A café on the Greek island of Lesbos opens its doors every night to stray dogs, thus protecting the animals from the cold
Animals
0 395