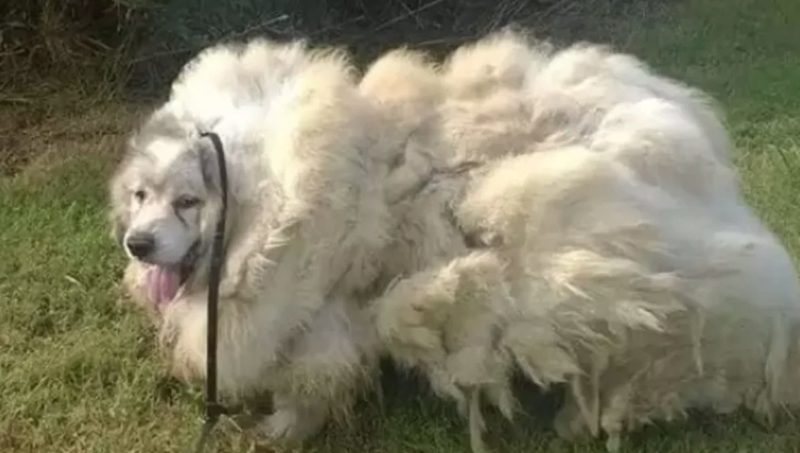 This story began with a caring man who became worried about a seriously ill neighbor who rarely leaves the house, and his dog, which, as he knew, the neighbor kept in a closed barn.

The Good Samaritan invited a couple of familiar groomers and went to check on the pet.

The picture that appeared before their eyes caused a shock!

In a dirty barn abandoned with unnecessary things, there was a dog in a terribly neglected state. The dog looked unhealthy, but most of all, its appearance was striking – 35 pounds of tangled wool hung on the unfortunate animal, so heavy that the dog could hardly stand. 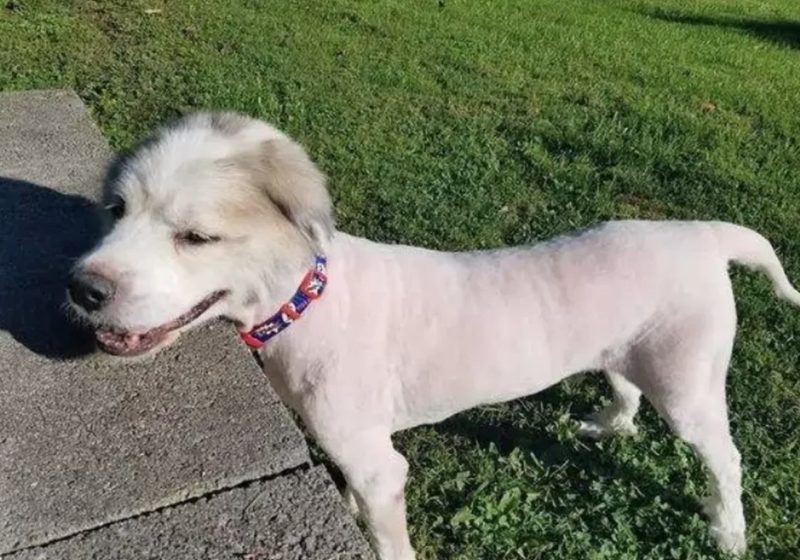 “You cannot imagine the conditions in which this dog lived. And there are no words to convey all this horror. The man who owned the dog just occasionally threw food and water at him. The conditions were so appalling that we had to shovel feces out from under the door – otherwise we could not open the door. The dog has never walked on the grass and never seen the sky above him,” Big Fluffy Dog Rescue employees wrote on social media.

It was decided to shave the pet immediately.

The dog, seeing the scissors, got nervous. But they managed to calm him down.

Although the procedure took a long time and was most likely painful for the dog, he steadfastly endured the torment – as if realizing that they were trying to help him. 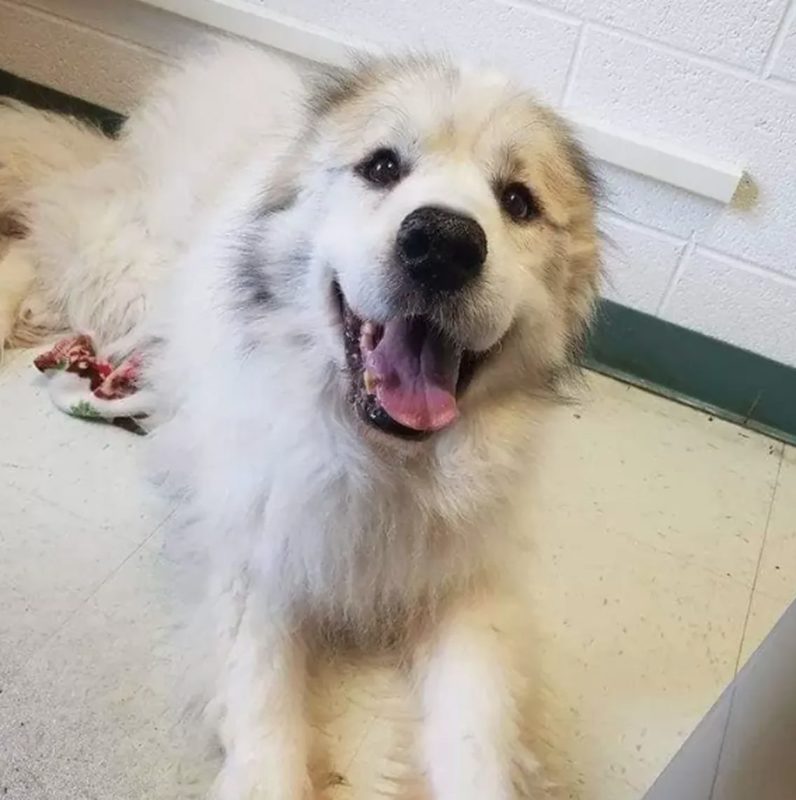 As one of the groomers, Jessica Kincheloe, said, the dog obviously did not know human touch, but he liked being stroked. He quickly liked people, especially after the treat.

After a shave, the dog was taken to a shelter, where he received a new name – Lazarus.

The pet was diagnosed with some health problems – a broken tail and several tumors – but proper treatment by the veterinarian helped him recover quickly.

The process of Lazarus’s return to normal life began.

At first, he could not even walk – he did not understand how to move on new, thin, hair-free paws. After much persuasion, he took several hesitant steps, and then he went on at his own pleasure.

Delicious food, treats and affection helped to return the dog’s disposition. He understood: people can be good, they can be trusted. 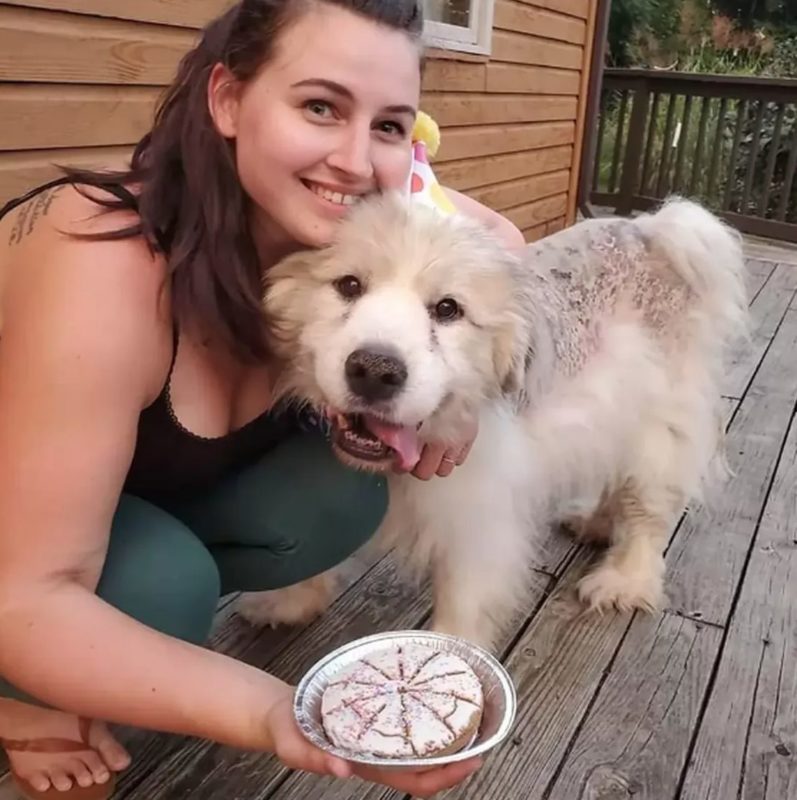 As soon as Lazarus recovered both physically and emotionally, the volunteers began looking for a new home for him.

The choice fell on a married couple who fell in love with Lazarus at first sight.

By his eighth birthday, the dog had grown a beautiful, well-groomed fur coat, he made friends in a new house, where the owners treated him to dog ice cream and a variety of goodies.

Lazarus found a life that one can dream of. After a long survival in a dirty barn, it became his reward.

During the concert, Pink saw a poster in the crowd of fans and stopped the performance: everyone was crying
Interesting News 0 611