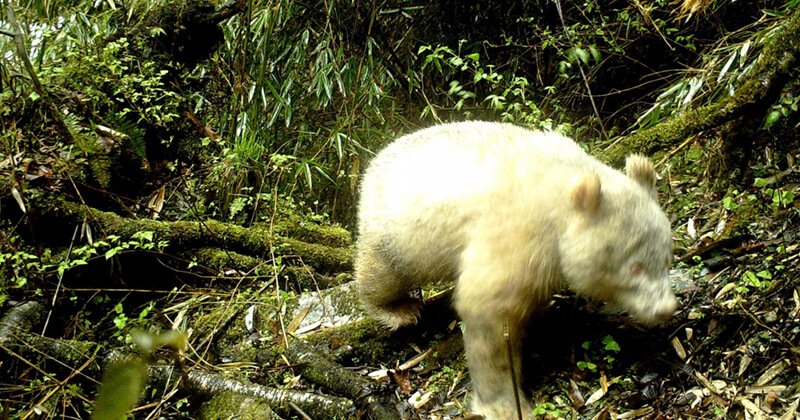 The Himalayan predator attracts attention with an unusual color. Its fur is pure white, unlike its relatives, which have black patches.

The world’s only albino panda known to modern biologists was spotted in Sichuan province.

The unusual animal was examined by experts and recognized that it is full of energy and has no health problems.

Albinos are found not only among pandas, but also in humans, tigers, parrots, monkeys and other animals.

Veterinarians consider this phenomenon a deviation from the norm. 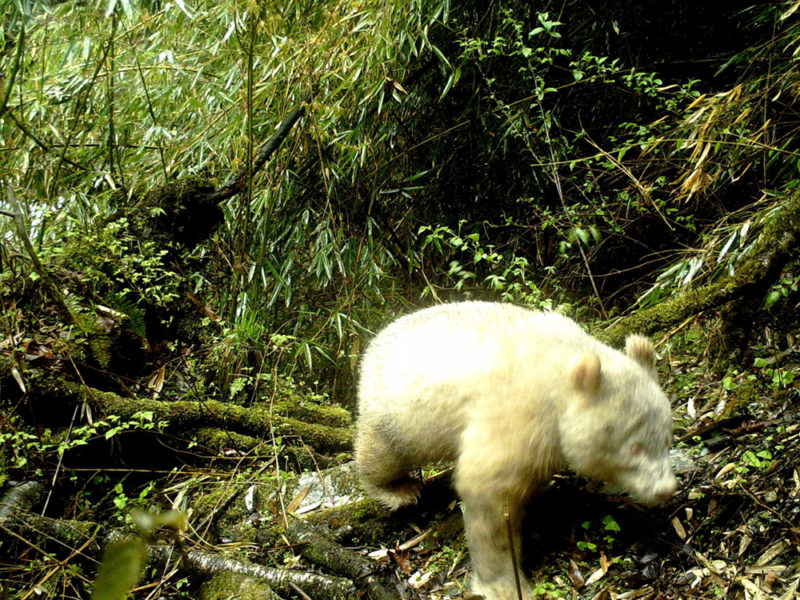 Albinism is a hereditary lack of pigment in the skin, iris, and other parts of the body.

Generally, for animals, albinism is more of a curse than a blessing.

The color of animals, including pandas, depends on the lifestyle and appears for a reason.

For example, hares change their color in winter to better camouflage themselves with snow.

Albinos often die at a young age, as they become victims of their enemies, who perfectly notice them against the background of the environment.

The panda is a carnivore, but in real life it most often eats bamboo and other plants.

Biologists were very surprised to see an albino panda in good health.

Despite the fact that she is a predator, the white color should have had a bad effect on her survival.

An albino panda was captured on camera and the pictures were shown on the Web.

Daughter finds dad sitting outside her mom’s room: the story behind it will touch your heart
Interesting News
0 127

A young photographer discovers a starving dog, that was all skin and bones, alone on remote island and saves his life
Animals
0 687